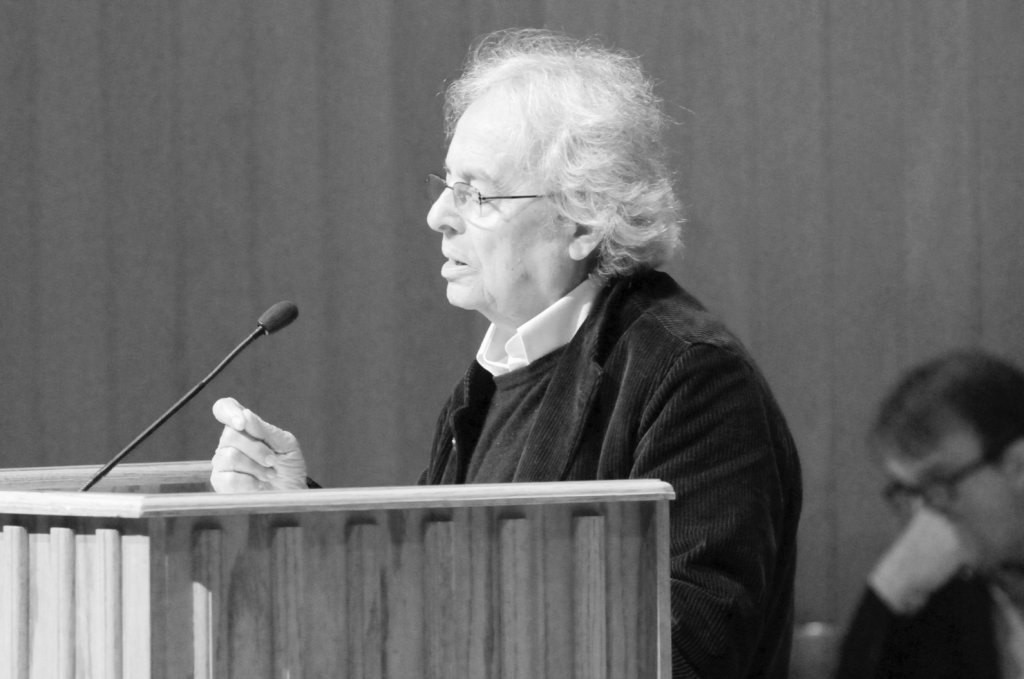 After about a year’s worth of attempts to schedule his appearance, Adonis was finally here. With two translators and an eager fellow poet to his right, Adonis recited several of his renowned poems in his native Arabic language. But the messages were not lost in translation.

“In the name of poetry, love and of friendship,” proclaimed Adonis in the midst of a nearly-full house, “I salute all of you.”

Ali Ahmad Said Esber, most commonly known by his pen name “Adonis,” is a world-renowned, critically acclaimed Syrian poet. With works such as "The Blood of Adonis" (1971), "If Only the Sea Could Sleep" (2002) and "An Introduction to Arab Poetics" (2003), Adonis has won several awards, including the International Poetry Forum’s Syrian-Lebanon Award, Bjornson Prize and has received perennial nominations for the Nobel Prize in Literature.

Despite the need for translators, Adonis broke through the language barrier by communicating the spirit of each of his poems through expressive tones and gestures. He depicted the essences of nature, poetry, life, death and war; all in one sitting.

“Celebrate death,” Adonis declared. “A child plays with life, and old man leans on it.”

“Child who once was, come forth. What brings us together now, and what do we have to say?” questioned Adonis.

Subsequent to his poetry, Adonis answered questions, such as “What is your favorite word?” from various students and faculty. He answered, “I am confused between two words – love and poetry...”

“The greatest thing that was bestowed upon humans is love; that is why we have so many problems. That is why I run away from love and seek refuge in poetry,” he comically concluded.

In response to a question regarding the 20th and 21st centuries, Adonis replied, “The 20th century human beings realized they have things on a scale that they haven’t in the past centuries…one would expect that with all of the grammatical changes, we would have progressed. But it is just the opposite.”

In spite of the heavy tones of Adonis’s poetry and a number of the questions he received, Adonis exuded his passion for his poetry and appreciation for the audience.

The event concluded with a standing ovation and renewed sense of admiration for Adonis’ poetry and its ability to break cultural barriers.