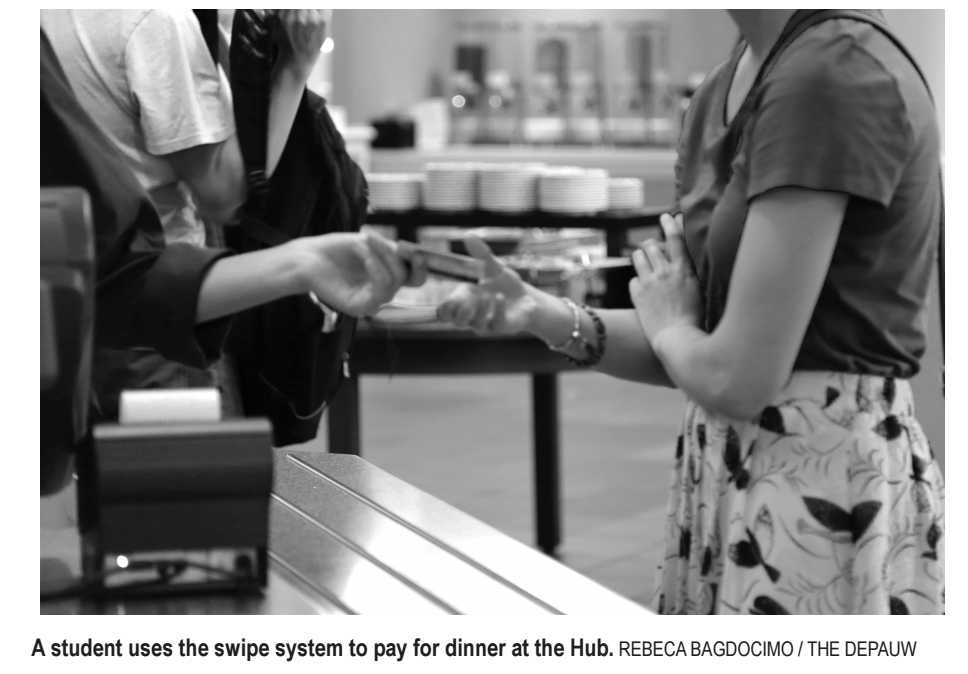 Purdue, Ball State and other universities in Indiana use a variation of DePauw University’s meal-swipe system, but many students feel that DePauw’s meal plan is constricting.

The university's current meal plan, unused weekly meal swipes don’t roll over into the next week, forcing students to pay for meals that they didn’t eat at campus cafeterias.

“I like the meal plan,” says Elaine Campbell, retail supervisor of The Den, “There’s lots of different kind of plans for all kinds of people. It’s better than last year’s plan, it’ll just take some getting used to.”

The university continues to promote the current meal plan, saying that it prevents students from going hungry later in the semester and follows similar guidelines that have been put in place at other universities. But, there are still DePauw students who are still not satisfied and asking for some of the meal plans lose ends to be tied. Many of these students have added their names to an online petition that currently boasts 669 names.

When the new plan was implemented, one of its purposes was to make sure students did not run out of money before the semester was over. The cost of this was to restrict students with a meal plan to a weekly allowance. Some students still see a surplus or alternatively a lack in meal plan swipes per week because of their changing schedules.

When talking about the new meal plan, Sophomore Grace DeMoss said, “I hate it, it’s awful. It’s such a waste of money because I don’t use 18 meal swipes, so 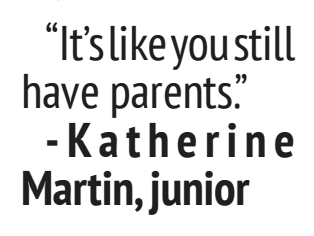 by the end of the week I lose like five or six swipes.”

DeMoss is not the only student who is upset by the lack of meal swipes “rolling over”, with each meal swipe costing on average, $7. Sophomore David Linton agreed that this could be a problem.

“When I get into track season, that’s a concern for me because I’ll be eating a lot more, because I’ll need the extra energy,” Linton said. “I also really wish the swipes were saved up if you didn’t use them from the previous week.”

It’s not just the older students who show concern. First-year students have expressed issue with the meal plan, specifically about the lack of meal swipe rollovers.

“I don’t like how I lose my meal swipes though. I think it should just carry over into the next week,” first-year Joe Westropp said.

Junior Katherine Martin defended the meal plan on its general idea, but still has much to say about how the meal swipes don’t roll over.

“I honestly feel like it averages out to be less expensive," she said. "It’s a good deal. But when it comes to swipes not rolling over, that’s where the money gets wasted. If I waste a swipe, that’s basically seven dollars I lose. The meal plan used to teach college students how to budget and now it doesn’t which is also really annoying. It’s like you still have parents.”

Aside from the inability for meal swipes to move over from week to week, many students pointed out the loss of flexibility with this year’s meal plan.

“I liked last year’s plan better, because it was a lot of money, and I could do more with it," sophomore Andrew Saunders said. “If I had left-over money I could donate it, or I could buy other people's food. I just wish it had more flexibility.”

Only time will tell if the plan is adjusted. At this moment, the meal plan is not expected to change during this academic year.