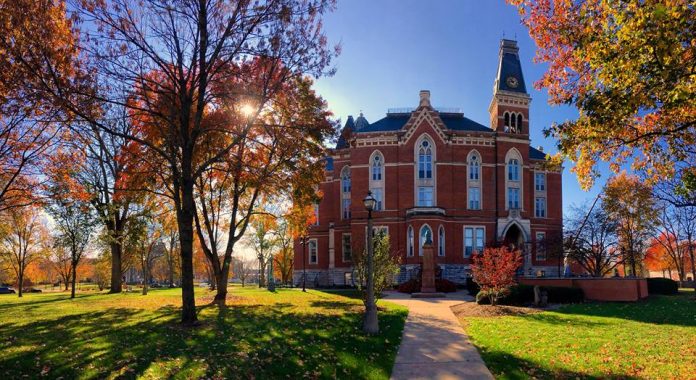 The rapid increase in the number of COVID cases among the student body means the university may re-evaluate move-in dates for some groups of students for the spring semester, according to Alan Hill, vice-president for student academic life and dean of students. He said this in a meeting with sorority houses Friday.

“No decisions are clear whether or not [the Feb. 14th move in date] will be pushed back,” said Hill. He is working on collaborating with quarantined Greek chapters on adjusting move-in dates. There is not enough campus housing to temporarily house students whose Greek residence is quarantined, according to Hill.

As of Friday, Feb. 5, there have been 11 positive cases on campus since the start of spring term, Feb. 1. Seven of these new cases are from yesterday, according to an email from Alan Hill that Stevie Baker Watson sent Friday to athletes. In total, about 10 percent of the roughly 750 students on campus are in quarantine.

Students in at least six Greek houses and on some athletic teams have been quarantined.

Coaches are tested with their teams, and coaches and staff are being held accountable to the same standard as student athletes, according to Hill.

In the email, Hill said, “these positive cases have led to a number of individuals, teams, and Greek living units to be placed under the quarantine protocol.  It is very important for all of you to know that this is not sustainable and must be addressed immediately.”

According to Mariel Wilderson, assistant vice president for university communications and marketing, there is a possibility that teams could be quarantined or have a pause in their activities which could mean competition cancelation. Teams are holding meetings tonight to discuss the remainder of the spring season.

Mandatory meetings with student athlete leaders and Greek chapters and Council executive leaders were also held on Friday. These groups were targeted since they are the groups that DePauw is seeing cases in.

According to Wilderson, they are not seeing spread in areas that the administration can close such as Hoover; rather, it is students gathering unmasked for long periods of time, not keeping their distance from one another.

“[These numbers] are alarming because we're very early on in the term. And we have several hundred more students yet to move to campus,” Wilderson said. “We're just concerned early on what appears to be the lack of adherence to lots of our health guidance on campus.”

In the Greek meeting, Julia Proctor, assistant dean of campus life and head of the COVID-19 task force, said that of the roughly 200 students that moved in on Sunday, most of them tested negative on their follow-up test on Tuesday.

The student compliance handbook outlines repercussions that students may face if they do not abide by University Health Practice Recommendations and Requirements. Including, “not being allowed to attend in-person classes, may not be eligible for university quarantine spaces, and may not be allowed to practice with their athletics teams, or may be required to leave campus.”

In the meeting with Greek leaders, senior Emma Bailey criticized the continuation of sports traveling while cases are rising, rather than focusing on keeping campus open.

“I’m concerned because I know we have lots of contact sports. I’m concerned about expanding our DePauw bubble to other schools, Bailey said. “I’m here to prioritize my education, not participate in athletics.”

Many student athletes feel strongly about the need to try to continue their season. Kathryn Hopkins is a senior on the women’s lacrosse team, having trained for over half of her life to play the sport on a collegiate level.

“As a second semester senior and already having half my junior season cut short, I'm risking a lot health-wise, but I have too much to lose not to risk anything since I’ve worked so hard to get here. Since I graduate in the spring, this is my last chance to play the sport I love competitively with my teammates and friends. It also brings normalcy back to life,” she said.