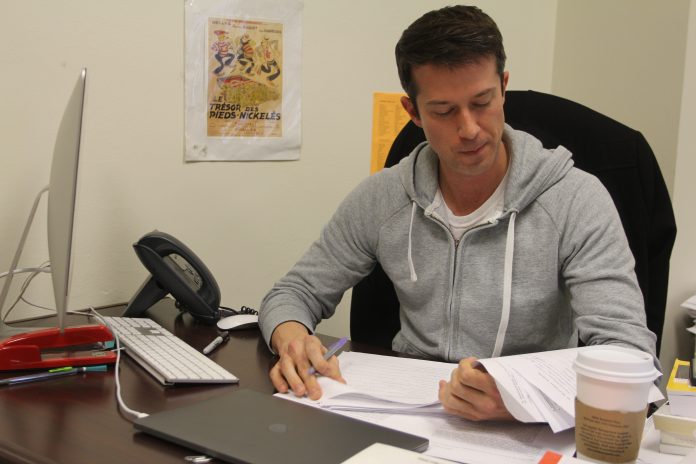 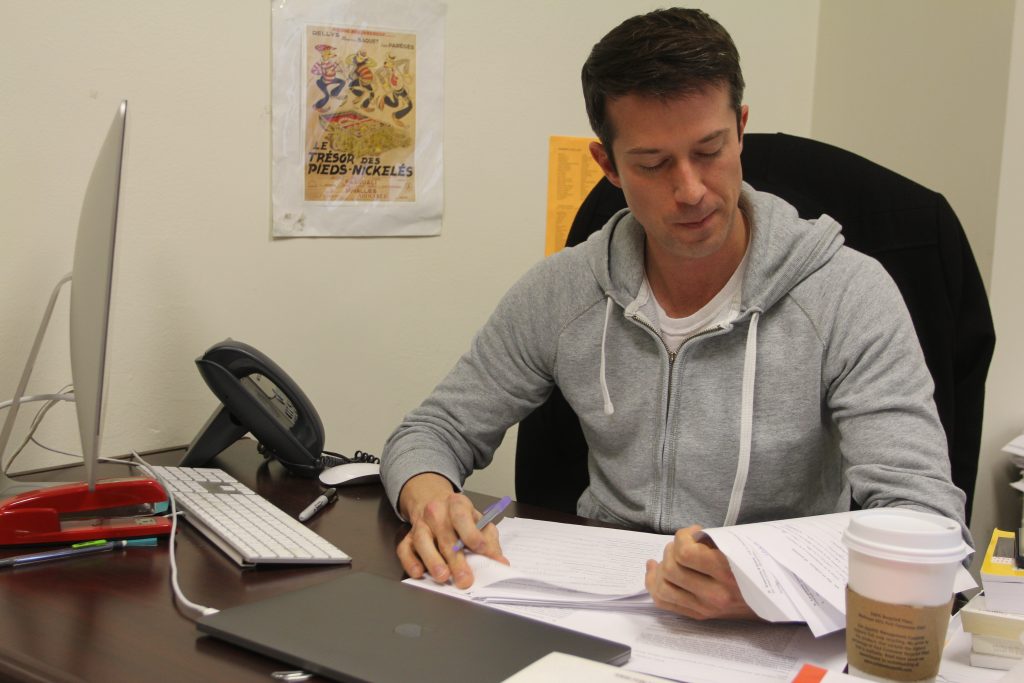 “My dissertation was in 19th century literature, specifically sexuality and gender throughout the long 19th century, about 1789 to 1930. Recently I’ve been more interested in sexual and gender expressions in the francophone world, so how queer people navigate the politics and the social sphere in the francophone world. Specifically, I’m interested in the way that queerness can have an effect on politics— how politics change queerness and how queerness can change politics.

“I’m currently working on a project looking at how Western narratives of LGBTQ pride and liberty subjugate non-Western sexualities and genders by forcefully contorting their expressions to align with Western equative relationships. Things like how ‘being in the closet’ equals shame and ‘coming out’ equals freedom. This is part of a larger book project that interrogates how queerness is understood in France by Western and non-Western populations and how the French Republic is being forced to reevaluate its ideological assumptions because of these new understandings. In other words, how France is being ‘queered’.

“I think my own personal sexual identity plays a big role in my interests. I’ve always been interested in thinking about the history of sexuality, and how I could be linked epistemologically to the way that people might have thought about sexuality and gender in the past. The great thing about the liberal arts education is that it allows me to teach classes on sexuality and gender in my field, and allows students that may not have taken a course in those areas at a larger institution to take those courses.”