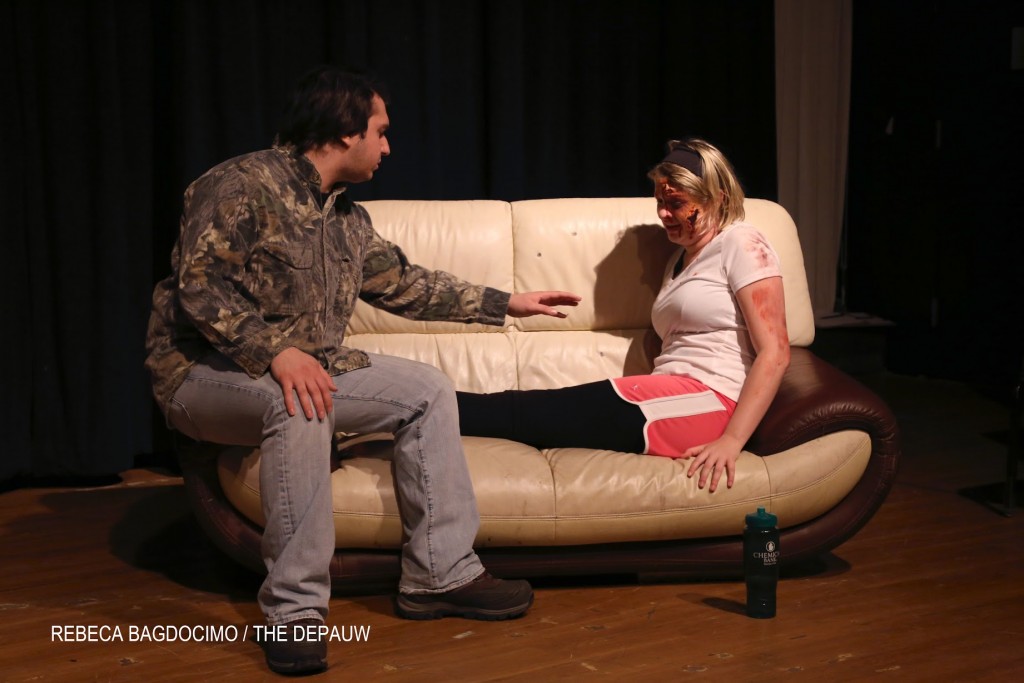 This week, DePauw students have the opportunity to the witness the acting, directorial and writing talents of the DePauw community. The Playwright’s Festival, a performance of five short plays written by DePauw students and faculty, began Thursday night and continues through tonight.

DePauw’s National Honors Society for Theatre, Alpha Psi Omega, Duzer Du, is putting on the event. Duzer Du’s vice president, junior Billy Burke, acts as a sort of “producer” for the festival, he explained. He chose between the shows, which were submitted in early October, and organized auditions.

Auditions also took place in early October. First-year Sabrina Straessle, who plays Sally in “It’s a Business Play,” was drawn to the Playwright's Festival by the amount of student involvement and authority.

“I think it’s really interesting that a lot of DePauw students are involved, that it’s a fully a DePauw student-run deal,” Straessle said.

The audition process was simple, and required no preparation.

“You come in and read scenes or small selections from the plays that will be performed. The directors then select their casts and rehearsals begin the next week,” senior Kate Porfilio, who plays Iris Anne in “Astronaut Training—Truth and Beauty Bombs”.

The directors are mostly students who had signed up to have a directing position. Junior Jeremy Boyd is one student who took on the role of director in the festival for the production of a piece by Professor Andrew Hayes, “It’s a Business Play”, which shows the hardships of Tom, a businessman and father.

Boyd is no stranger to the Playwright’s Festival, having been involved for several years. 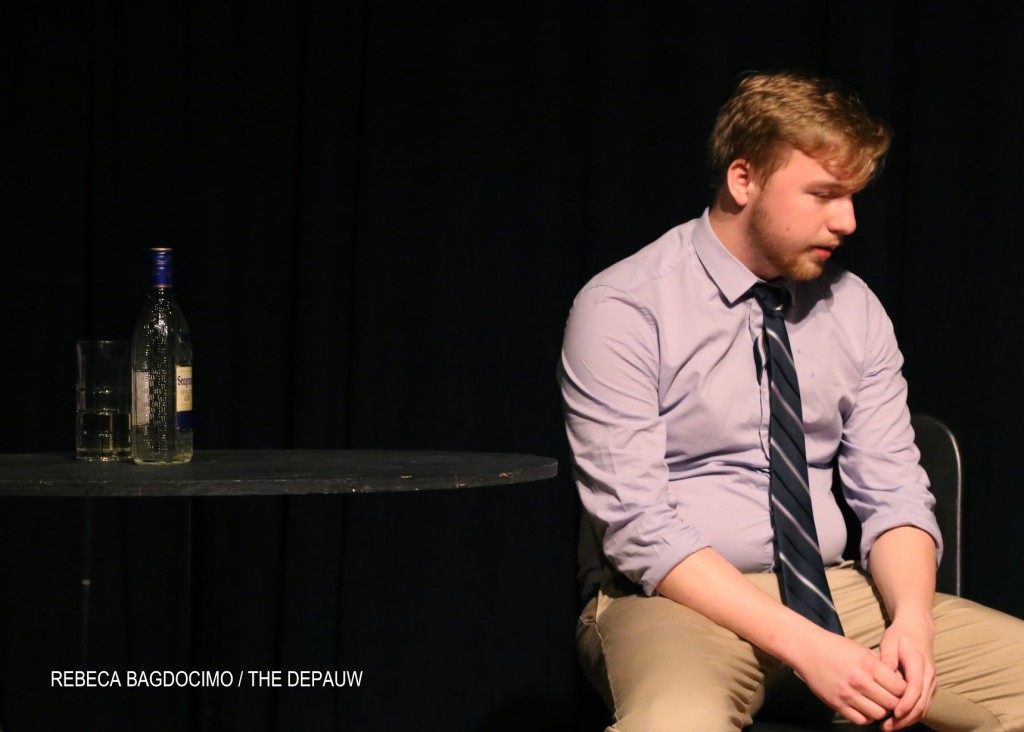 “I’ve acted all three years and directed the last two. It’s always different, which is my favorite and least favorite part simultaneously. There are always challenges with each cast and each script really demands a different form of attention.”

During the directing process, Boyd has focused on the actors.

“What I always do to start is make sure the actors understand whatever piece they’re working on. It’s not just what you’re doing on stage, it’s why you’re doing it.”

After discussing the piece with Professor Hayes, Boyd said that directing has “been a lot of feeling out what works with the actors.”

The other faculty piece was written by playwright Heather McDonald, this year’s Mary Rogers Field and Marion Field-McKenna Distinguished University Professor of Creative Writing. McDonald’s piece, “Astronaut Training—Truth and Beauty Bombs” shows a group of strangers waiting at a train platform, wondering why they are there and answering questions about themselves, love and life.

“[McDonald] will be at the performance and is doing several seminars this week, so there is a lot of pressure to do a good job with this script and my character,” Porfilio said.

McDonald’s inclusion in the Playwright’s Festival was a matter of chance; Burke happened to be in the course that McDonald is teaching while on campus. 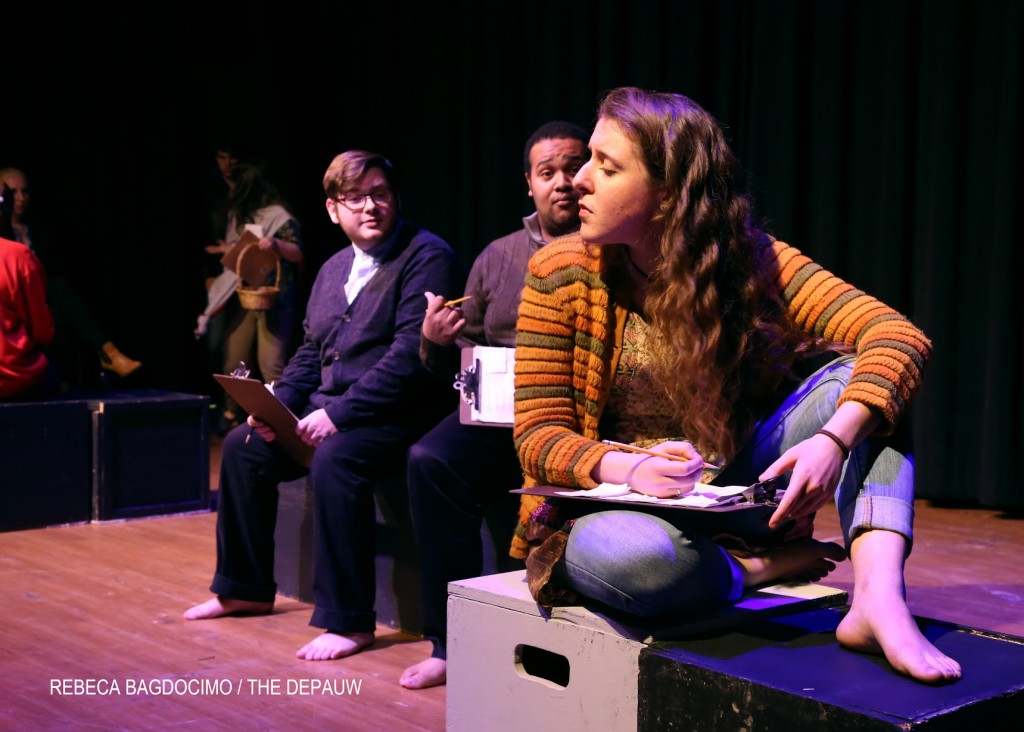 MacDonald’s piece is the longest of the five: while the other plays are roughly ten minutes, hers is thirty. It also features a faculty member, Professor Gigi Jennewein, on the directing staff, and an ensemble cast of all of the actors participating in the Playwright’s Festival.

The three other shows were written by students. These pieces cover different genres and themes: while “Thirty-Seven to Midnight” is a horror play about a woman that is hit by a car while riding her bike, “Night and Day” shows the story of a gay man who was separated from his lover by society and the draft, and “The Customer is Always Wrong” tells the tale of a dying man’s desire to have his life ended while delving into his true intentions. 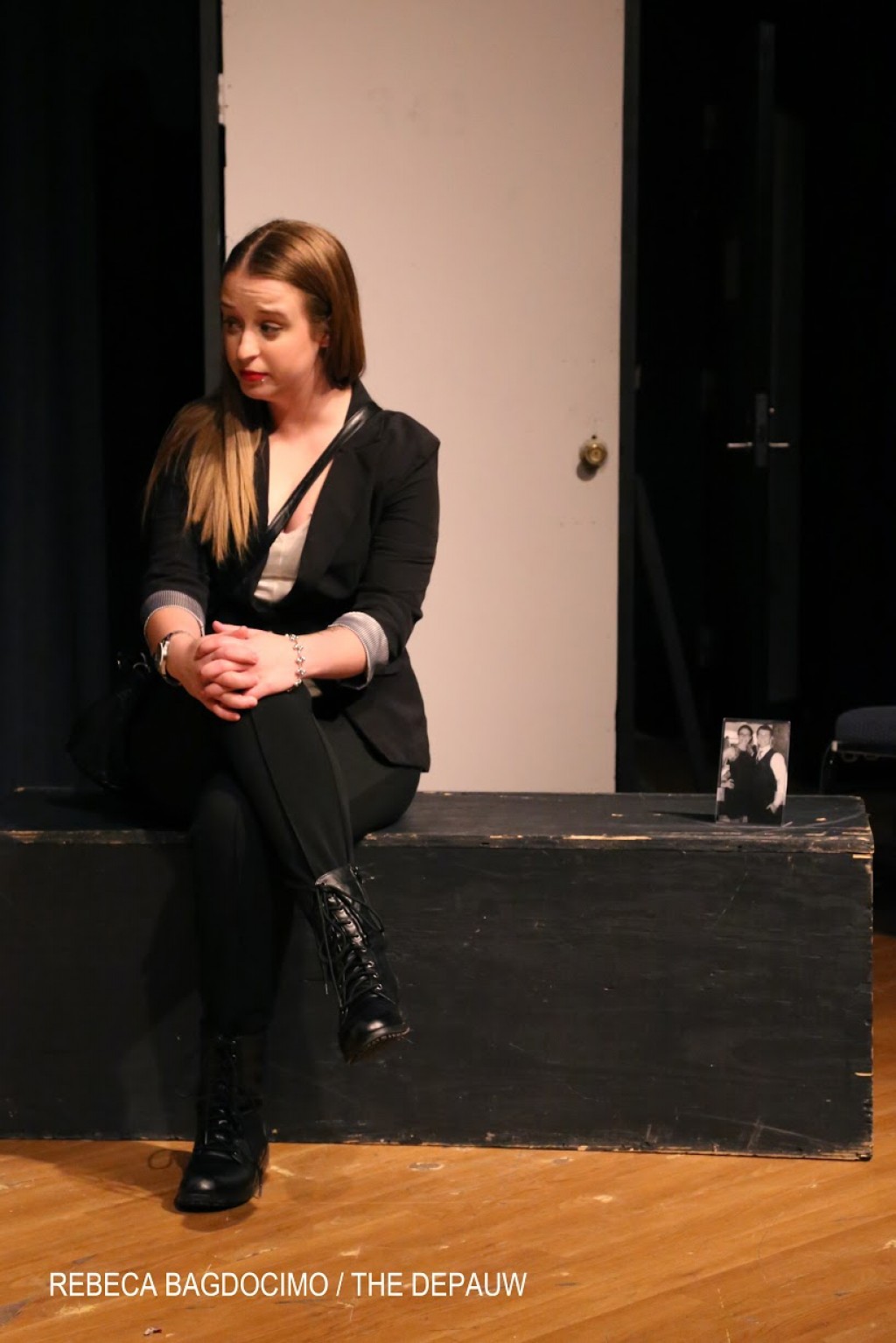 One of the student playwrights is senior Grayson Pitts, the playwright of “Thirty-Seven to Midnight”.

“I’m excited to see my written work come to life and glad for the DePauw community to see it,” Pitts said. “I think the festival is a great way for ambitious writers, directors and actors to show what they’ve got and pour some fresh art into the collective pot.”

Burke remarked that the Playwright’s Festival also gives students the opportunity to explore their interests and talents within theater.

The final performance of this year’s Playwright’s Festival is tonight at 7:30 p.m. in the Kerr Theatre in the GCPA. Admission is $2, and all proceeds go to the Joyce Christiansen Memorial Scholarship Fund.