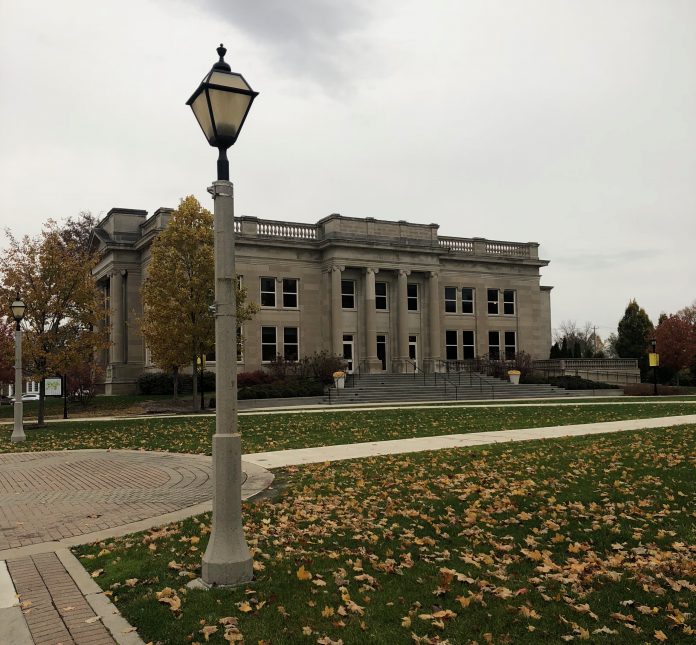 Following the May 1 deadline, only 445 first-year students have committed to attending DePauw University in fall of 2019, President Mark McCoy announced at the end of Monday’s monthly faculty meeting. This means the incoming class could be nearly 20% smaller than the goal size as well as 20% smaller than the class of 2022.

The announcement followed an email sent to faculty and staff by McCoy at the end of last week announcing that enrollment numbers were “significantly lower” than the university had hoped for and promising to share more information in the coming days. In the past, the Office of Admissions aimed to enroll 630 students but the number was lowered this year to 550 to reflect some challenges DePauw currently faces, McCoy said.

McCoy identifies those challenges as the shrinking population of college-age students, competition with other institutions for applicants and the rising cost of higher education. He also blames the negative impression given by recent faculty and staff layoffs, the vote of no-confidence in him held last November and the “crackdown on drinking” that may have influenced prospective students.

DePauw’s struggle to fill seats is not unique. According to the 2018 Survey of College and University Admissions Directors conducted by Inside Higher Ed in collaboration with Gallup, last year only 43% of private institutions offering bachelor’s degrees hit their admissions goals on May 1. When universities extended the deadline to June 1, an additional 7% met their goals, leaving half of the private 4-year institutions that responded with less students than intended.

The class of 2023 will be the first class at DePauw in at least a decade with less than 500 students, according to the Office of Institutional Research. While class sizes continue to fluctuate, total enrollment has been declining. In fall of 2009, 2,396 students were enrolled in classes. Since then, the total enrollment has dropped more than 10%, with only 2,156 enrolled this past fall.

McCoy assured faculty in his email and again at the meeting that “there will be no cuts or reductions as a result of this class.”

He claims that because of the layoffs earlier this semester DePauw will be okay financially, despite the smaller class size.

McCoy feels that once the official amount is announced for DePauw’s annual fundraising campaign, which he calls the largest campaign in DePauw’s history, and the continuation of current construction projects will “show that this restructuring was not done in fear or panic but in preparation for a thriving DePauw.” He claims that even with the smaller class size, DePauw is in better financial shape than it has been in years.

Though Vice President of Enrollment Management Robert Andrews has many ideas why the number of enrolled students is smaller, the university will have a better understanding in late June once the results of a survey conducted by Hanover Research have been analyzed. Some students who applied to DePauw but did not end up enrolling will be sent a survey questioning what factors deterred them from DePauw. A board member has donated Amazon gift cards in hopes that it will be enough of an incentive to get additional responses.

There is still hope that the class will grow as DePauw is still allowing students to change their minds. “Every year, the May 1 number means less because students want more time to decide—there’s still a lot of people out there,” said McCoy.

If the 2023 class stays small, McCoy is optimistic that they will be able to close the dorm that is in the worst shape, offering better housing to the new students.