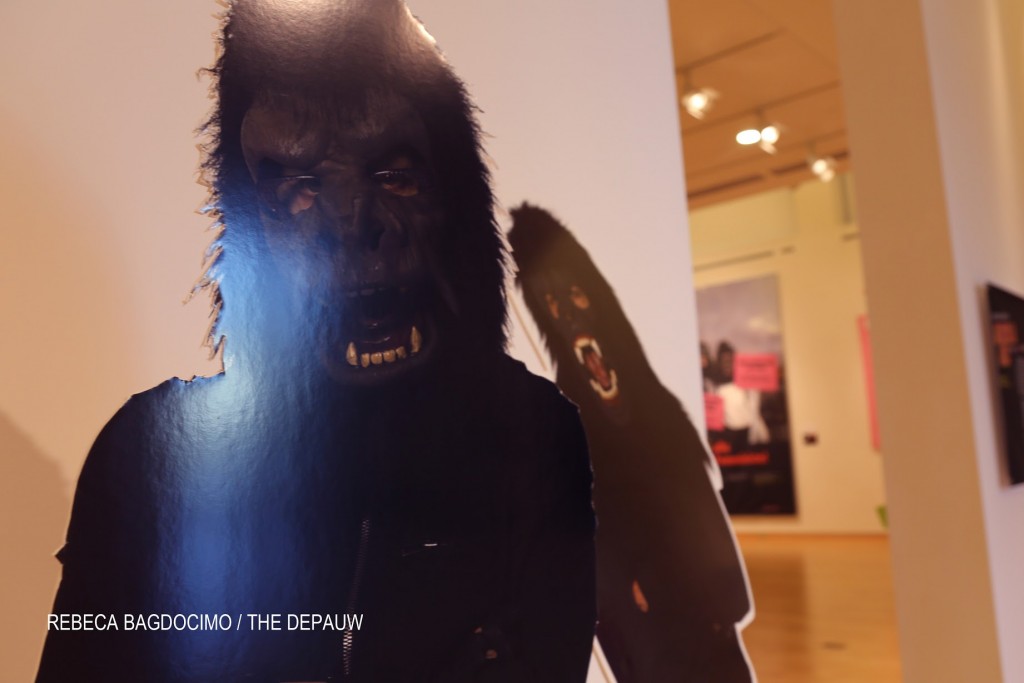 Armed with wheat paste, gorilla masks and the names of dead female artists, the Guerrilla Girls took the world by storm.

This group of women, who are passionate about equality in the art world and beyond, has garnered a reputation for their signs that call out injustice. Some of these signs are on display at DePauw’s own Peeler Art Gallery and on Wednesday afternoon, exhibit curator Neysa Page-Lieberman visited campus to give DePauw's community a history of these pieces and the events that inspired them.

The Guerilla Girls first called public attention to inequality in the art world in 1985 with a simple set of posters plastered up in the dead of night in New York City’s art district. These posters named several prominent art galleries that had no solo shows of female artists on display. Page-Lieberman was living in New York at the time and remembers that the appearance of these signs had the art community buzzing.

As part of that buzz, many speculated about the identities of the creators of these posters, which were signed just “The Guerrilla Girls.” However, the women wanted to preserve their anonymity and focus the media’s attention on the problems they were addressing instead of themselves. Some of the women were also artists and through protecting their identities, they were able to be active in both the production and criticism of art.

As a result, they took on the names of dead female artists and wore gorilla masks, the idea for which came from an early meeting where one of the women spelled the group’s name like the animal.

Many of the Guerrilla Girls’ works center upon stating facts. Their most famous work of this kind is a billboard criticizing the Metropolitan Museum of Art in New York. It questions whether women need to be naked to get into the museum since very few of the artists featured there are female, but the majority of the nude artwork is.

It’s not just injustice in art that the Guerrilla Girls criticize. They have branched out to cover other social issues such as a woman’s right to an abortion or the portrayal of women and people of color in the media. At least two years in a row, they purchased billboard space in Hollywood close to the time of the Academy Awards and put up signs calling out the homogeneity of the Academy voters, winner and directors. 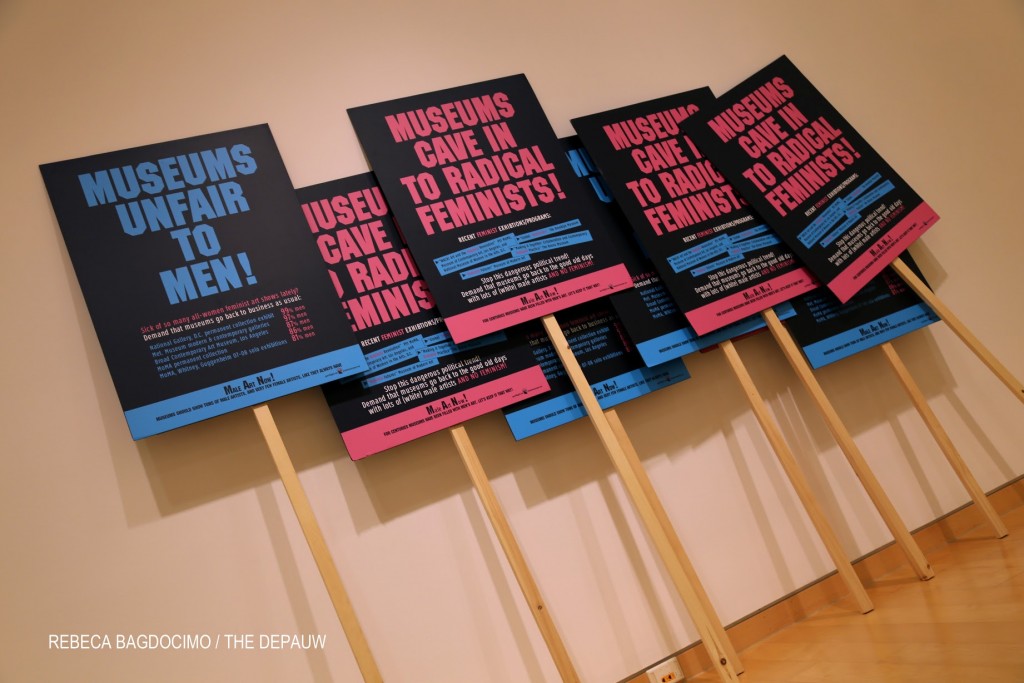 “How does what they do compare to Banksy or other street artists?” he asked.

Page-Lieberman admitted that she hadn’t before considered their role in that culture, but said that the two’s goals certainly had some overlap.

She said she had quite the task ahead of her when she was trying to convince the Guerrilla Girls to put their work in a gallery show.

“They told me their work was meant to be displayed in the streets, not in a gallery,” she said. “But after a year of talking, they agreed to exhibit some of their work from the last decade.”

However, they insisted that the works not lose their context. Because of this, when each work is in a gallery, a plaque next to it shows where it was originally displayed and explains the reasoning behind its creation.

Peeler Art Center director Craig Hadley was very excited to see these works on this campus and to work with Page-Lieberman.

“Guerrilla Girls: Not Ready to Make Nice in the Artworld and Beyond” will be on display in the Peeler Art Center’s lower-level gallery through Dec. 11.