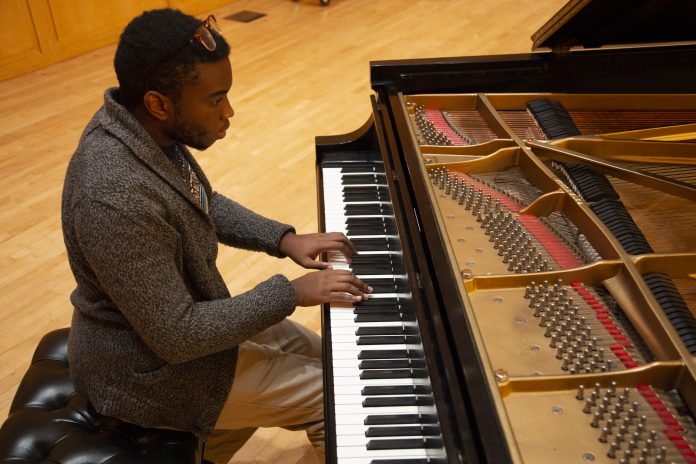 Brown started playing piano at the age of four, and music continues to be a large part of his identity. Due to his parents’ heritage, (his father is African American and his mother is Caribbean) he didn’t grow up on traditional teenage music tracks; rather he listened to a lot of soul music. This forced him to constantly defend the music he was listening to.

“It’s a rough experience being an African American in the classical world,” Brown said. “We don’t have a lot of role models.”

Brown never let this lack of representation discourage him.

Brown said he dreams of one day having his own ensemble. He is a chapel intern with Gobin United Methodist Church, and he works with 21CM. Through these roles, Brown is able to mentor and bring musicians together to share their talents. He advocates for musicians of color in hopes of giving younger generations a role model like the one he once searched for.

“I read this quote the other day that said, ‘Be the person you wish you younger self had.’ It’s kind of like saying hey, I wish I would have had this influence as a kid. Why not be the person I would have needed in a lot of ways?” Brown said. “That way the next time another Andrew Brown comes up, a young black guy who thinks about doing classical music, then I can be the person to say, ‘Look at all of the things that are out there for you.’”