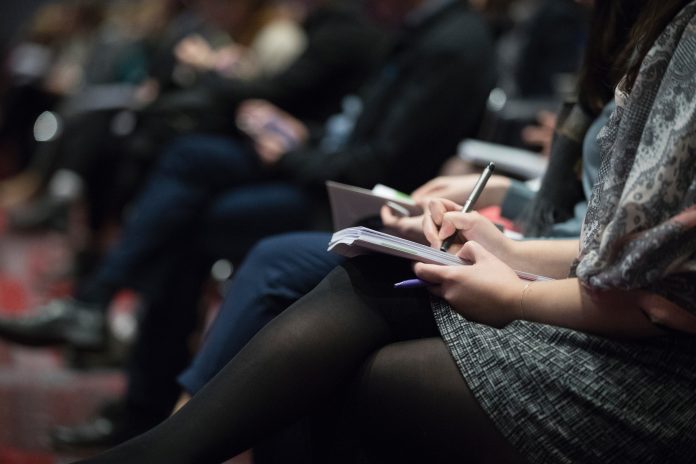 DePauw University administrators responded this week to charges in a faculty letter released Aug. 28 that claimed class sizes were increasing while the number of faculty members was going down.

“These are challenging financial times in higher ed, and we have decided to not purse cost savings by letting faculty go, but in replacing them more slowly when they retire,” he said. “We look for cost-savings in every space that we can. Our faculty to student ratio is enviable and we are trying to be fiscally responsible while maintaining our commitment to the success of each student.”

The claim of growing class sizes was partially in response to an Aug. 9 email sent to faculty members by LaTonya Branham, university registrar. Branham’s email stated that there were 90-plus new students missing a fourth class, and asked faculty members to increase class numbers to help these students fill their schedules.

However, according to Vice President of Academic Affairs Anne Harris, this registrar email was not an unusual circumstance, but rather the official vocalization of a process that usually goes on behind the scenes.

Prior to this year, first year students would come to campus with three scheduled courses, and their first year seminar professor would help them choose their fourth class, said Harris. This year, however, the registrar set up class schedules and was given the task of finding new students’ fourth class.

As far as class sizes, Harris referenced data compiled by the Office of Institutional Research.

When compared with the 2017-2018 fall semester, there are eight less classes this semester. However, Harris urged a broader look at the data, and said there “are not any massive oscillations.”

“While there’s no doubt that individual faculty members may have grown their classes by two or three, class size numbers overall are no different than they were last year and they’re all quite small,” she said.

Psychology and Neuroscience department chair Michael Roberts is teaching the largest class of the fall semester— Introductory Psychology 100B— but his large class size isn’t unusual.

“For me, 38 students is on the larger side for Intro Psych, but I have had larger sections (e.g., I remember having a section with 40 several years ago),” said Roberts in an email with The DePauw.

“We are likely to try to reduce the number of term faculty that we hire; that’s true. I don’t want to minimize the fact that we are having to manage our resources and so some reconfiguration to provide everything we want to provide to our students with our very, very rich curriculum,” she said.

“Two factors make it troubling in my mind: First, this year’s incoming class was smaller than expected and desired. If we had reached the expected numbers, the need for more slots to accommodate first year students would have been dire,” Kenney said. “Second, we have lost faculty to retirements, and replacements are slow in coming. We seem to be ‘getting by’ with term post-doc positions.”

However, in spite of the statistics and faculty discontent, Harris said she is thankful for and proud of the faculty.

“The marvelous faculty here have innovated and grown the curriculum to be something that we now have to work to sustain, she said.  “I’m so grateful for faculty to providing for student needs.”