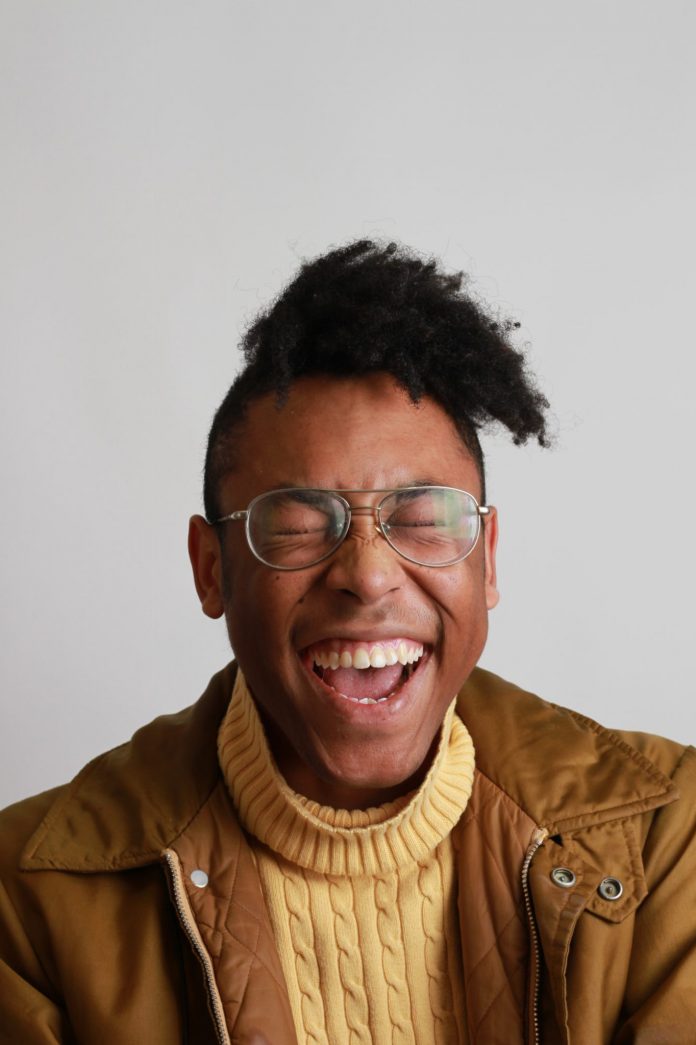 Until the week before move-in day, DePauw Dialogue, formerly the Day of Dialogue, was naively a minor feature on my list of “Why I chose DePauw?” Then I got an email from President Mark McCoy:

“I look forward to joining you on September 26—and throughout the weeks, months and years to come—as we consider our role in the DePauw and world communities and the power that can come from conversation, contemplation and understanding.”

The Aug. 10 email had the buzz words an enthusiastic first-year like myself wants to hear.

The next day, however, I began to comprehend the gravity of my decision to attend DePauw University as a queer black student. I read many news articles and commentary videos about the events that took place last semester. I was aware of tensions on this campus. I was here for an admitted students day last April in the midst of the multiple bias incidents and days before actress Jenna Fischer’s visit. When I read President McCoy’s email, everything became real and not just something I could observe from a distance, but  a story that I am now inherently a part of.

At the time, the email made me think DePauw Dialogue was the predominant space to talk about the issues that concern me: prejudice, especially racism, at DePauw.  Naturally, I was intrigued and wanted to know more.

The speaker? Melissa Harris-Perry of “Wake the Vote.”

How I could get involved? 11:30 a.m. every Monday, planning meetings in Hoover.

So last Monday, I attempted to find this meeting. However, Monday at 11:30 a.m. is also when President McCoy’s open lunch sessions are scheduled. I assumed, incorrectly, that these events were the same and followed President McCoy into the main dining area of Hoover where I briefly engaged in small talk before I had to leave.

In the Hamilton Conference room, a number of staff, faculty and students were making plans about DePauw Dialogue. Throughout the next week I spoke individually with many of them, but I would not realize how they all fit together until this Monday’s meeting.

The next day I met with Renee Madison, senior advisor to the president for diversity and compliance, in her office at the Administration building and got my first insight into how the administration plans and views DePauw Dialogue. My first question: What is the goal of DePauw Dialogue?

“From a community perspective, to have a shared community experience where we talk about systemic issues of power and privilege and diversity,” Madison said. “So it’s not a day off of class, it is a day where we all are engaging in one big campus community classroom.”

The first DePauw Dialogue consisted of a morning and an afternoon speaker with no breakout sessions for student dialogue. “That first year was really an awareness building because many people in our campus community had never heard of microaggression,” Madison said.

Now the administration, through the mentor program, is shifting that awareness building for first-years to before DePauw Dialogue. Under the guidance of Cara Setchell, first-year class dean, and Matt Abtahi, assistant director of the Center for Diversity and Inclusion, an extra day was added to mentor training where mentors, and RAs, focus on diversity and inclusion training through the Seeking Education Equity and Diversity Program (SEED program).

“We talked about social identity, intersectionality between identities,” Setchell said. “We talked about privilege, we talked about oppression and how oppression gets played out on this campus. The whole day was kind of reflecting on the importance of really listening and hearing each other and what our experiences are and how each of us experience DePauw.”

The mentors then t lead sessions with their groups about identity to serve as a starting point for DePauw Dialogue.

“What we realized was we were having DePauw Dialogue and some people have never even thought about their social identities, let alone took the time to define them,” Abtahi said. “Whereas for some of the folks, particularly folks who experienced marginalization, have had to define and they've had to explain their identities, whereas others never have.”

Those meetings have taken place throughout last week and this week and have resulted in a mixed response from first-years as well as a mixed success according to mentors.

“For the most part, I thought it was kind of silly,” Lily Nair, first-year, said. “I mean I understand the intent. I don’t know if writing things that we know about ourselves on a piece of paper is going to help anyone.”

During the meeting Nair actively discussed identities with the people around her, but the mentor group was divided and unfocused. Distracted by parties and essays, I missed my entire meeting because of a night class. And even when everyone is there, the meeting does not always ensure success.

Melville, a white male, remembers considering not going to the DePauw Dialogue his first year. “The late Spanish Professor Bob Hershberger told me, well not just told me but told the class, that if you're weighing up in your mind whether you think you should go or not, you're probably the type that needs to go the most,” Melville said. “And that stuck with me then, and it’s really stuck with me now.”

The next year students protested Day of Dialogue in regards to the planning. One of those then protestors was senior Marianne Martinez, current Student Body President.

“I have seen tremendous change from my freshman year to now. But we're still not in that space where it has the impact that it needs to have,” Martinez said.

Because DePauw Student Government (DSG) is  unsatisfied with the current planning of DePauw Dialogue they were initially withholding all funding in favor of $10,000 of continued dialogue programming with co-sponsorship with CDI. “We have not vetted any of the breakout sessions or the keynote speaker so we don’t feel comfortable giving money toward that just yet,” Martinez said.

While the lack of funding has added challenges to the finalizing the planning of DePauw Dialogue, Harris did not see it all as negative.

“To my mind it is a sign that DePauw Dialogue isn’t just a day, it's something that needs to permeate the institution. That’s happening,” Harris said. “The diffusion of the equity work principles of DePauw Dialogue into our community is fantastic.”

According to Harris, faculty members are also engaging in dialogue beyond the event, with more faculty members involved in power, privilege and diversity workshops than ever before.

However, there is still the problem of funding. At Monday’s executive meeting, DSG decided to fund $18,000 of DePauw Dialogue’s lunch costs. Throughout the next week DSG will review facilitators of the breakout sessions to consider additional funding for individual sessions that have proven helpful in the past.

After a week of speaking with Madison, Setchell, Abtahi, my own mentor and other first-years to try to understand the intricacies of DePauw Dialogue, this Monday I found myself in the planning meeting I was initially looking for. It was not necessarily inviting with so many of the important people from around campus sitting at the table: representatives from the President's cabinet, class deans, student leaders. These are people in the room, making the decisions and being there, although daunting, it felt like I could be a part of those decisions but I was one of three students and the only first-year.

This process, while highly democratic and allows students to affect their campus, has left some student like Yusnavi Machado, junior, Queer Student of Color president and Feminsta Treasurer, feeling responsible for solving the school’s diversity and inclusion problems.

“I feel like I’m doing people’s jobs for them and I’m tired and other students are tired,” Machado said. “I’m not being paid to do this work, even though it’s essential, its important. I come here to be a student and I pay to be a student but then you expect me to do all of this free labor for you to look like the most progressive school, to have better PR.”

And even for students that want to be in the room, miscommunication stifles attendance.

“I think a couple of emails won't do it,” Harris. “All spring it was Monday at 11:30 somewhere in Hoover. That’s just what people knew.”

First-years were never told this a problem, which, according Harris, the administration needs to better address with the fast-paced nature of DePauw.

“So first year students come, and what’s your introduction? We need to think about that,” Harris said.

Harris mentioned Campus Labs as a possible solution and the possibility of the meetings being an explore experience towards the commitment, or possible engagement for repeat attendees.

I have heard many upperclassmen comment on the unnecessary nature of the new platforms but as a first-year they have always been a part of DePauw for me.

In many ways I feel like I am living in a “new DePauw.” I did not experience the past three years of racial based incidents causing heightened tension during the fall semester. However, for many students like Kaleb Anderson, president of the Association for African American Students, these events are their entire DePauw experience and have shaped the lense through which they examine the institution.

“Last semester I spoke to how other universities across the country have made very public statements about calling out white supremacy on campus and it being a very simple thing. And for the judicial process of condemning hate crimes on campus to be something that’s transparent to students. That’s happened at plenty of universities across the country.”

According to Madison, the administration is aware of these concerns and in many ways shares them.

“Yes, we are aware of those concerns and quite frankly I would say we share the concern in terms of how are we preparing particularly our incoming students, for the new experience of being on a residential college campus and having a beautiful diversity of people and understanding that the way in which we live together as a community impacts all of us.”

As a marginalized individual himself Abtahi’s relationship with the bias incidents is more complex.

“I think the sentiments of upperclassmen are extremely valid,” Abtahi said. “But as a queer Muslim man living in America, I have very shamelessly chosen to not live in fear. And so I think that is a risk I choose to take on in the way I choose to exist. And I know that my existence is resistance. So I choose to just occupy spaces on this campus and be my most authentic self.”

Since I arrived on campus, “DePauw” and “Dialogue” continue to appear next to one another—at orientation with the Dialogue Matters presentation by Abtahi or in grievances from other students, especially upperclassmen of color—but its goals seem less clear. Everyone has something to say about dialogue and the day DePauw has designated for it.