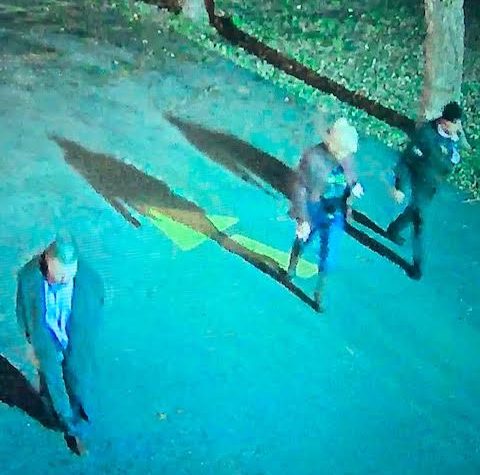 DePauw Police have sent photos to members of the DePauw community of three people suspected to be connected with the posting of what the police describe as white nationalist fliers across campus early Sunday morning. 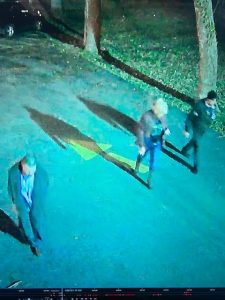 The photos depict two males and a female, who were driving a red or burgundy 4-door SUV.

Security footage shows the car had out-of-state license plates, and, according to an email from the university, the individuals are not connected with the university. According to the email, which came from Student Academic Life, the three were on campus less than 30 minutes. 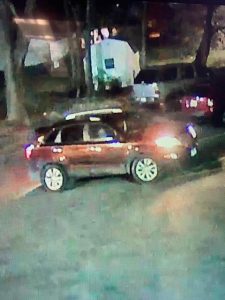 Anyone with additional information or concerns should contact DePauw Police at 765-658-5555 or police@depauw.edu.

An initial email from DePauw’s Dean of Students, Kevin Hamilton, was sent notifying the student body around 10:30 a.m. Sunday morning.

Hamilton noted in the initial email that DePauw Police officers were in the process of searching for “additional materials” on campus and DePauw Police would continue to investigate who was behind posting the flyers.

Another email was sent to the student body approximately two hours later, it was noted that the police investigation was ongoing and that, “three adults in a vehicle with out-of-state license plates and not affiliated with DePauw University are responsible,” according to the second email from Hamilton.

It is unknown if the individuals are affiliated with a specific hate group.

Christian Rodriguez, president of DePauw student government, sent out an email condemning the acts of the three adults. “These acts are disgraceful and are an insult to the core values of our university and student body,” Rodriguez wrote in the email to the student body.

Rodriguez also condemned hate speech in his email to the student body, “we must acknowledge that hate still exists on our campus and we need to stand in solidarity with those most affected by events such as today. Hate speech will not be tolerated and eradicating hate speech on our campus requires us to stand in unity.”

The email also said DePauw Student Government, “will be writing to the student body in the coming days to provide an update regarding the situation, as well as to outline DSG’s additional efforts made to continue to strive for a better DePauw.”

Rodriguez encouraged anyone with vital information regarding the investigation to contact DePauw Police.

The second email from Hamilton encouraged students “directly or indirectly affected” by these acts to reach out to staff or counseling services. “Student Academic Life, Bias Incident Response Team (BIRT), and the Center for Diversity and Inclusion (CDI) remain committed to supporting all students who may have been directly or indirectly impacted.”