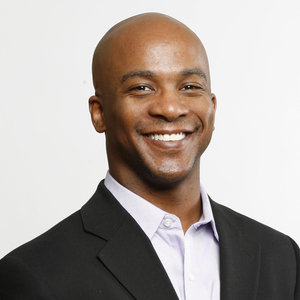 Jon Fortt, '98, works as and editor for CNBC.
PHOTO COURTESY OF DEPAUW UNIVERSITY

Starting as a student editor for The DePauw newspaper around the dawn of new internet technology, ‘98 Jon Fortt, eventually evolved into a professional journalist that would intimately covered the opening of Steve Job’s first apple stores. Although most of his journalism education was clouded with countless D3 sports season wrap-ups and greek philanthropy coverage, he eventually established himself as a successful editor for CNBC. The DePauw caught up with him, here’s what he had to say:

The DePauw: What do you do at CNBC?

Jon Fortt: My title is on-air editor for technology. You could say I lead the technology coverage.

TDP: How’d you get into technology specifically?

JF: I guess I sort of grew up in the age of technology. I got a computer growing up and found it fascinating. I came to depauw in 1994, and the first web browser came out in 1994. I think we put the depauw online for the first time in 1995 or 1996.

TDP: How many late nights do you think you spent waiting for the internet to load?

JF: Back here at DePauw, we didn’t use the internet much. If we wanted to write someone something we would VAX it to them. It was basically this black monochrome screens that was the equivalent of the internet.

TDP: How would you tell people about fraternity parties?

JF: I wasn’t in a fraternity, I was the one getting asked to parties. How did they tell me … I think they actually just told me.

TDP: Since your time at DePauw you’ve worked two successful media jobs in the west and east coasts. What have been some of your cooler stories?

JF: Some of the cooler things I’ve gotten to cover would be the opening of the first Apple store. I flew out to Virginia from Silicon Valley to cover it. I think the Apple stores opened right before the ipod came out … early 2000s.

TDP: Did you ever meet Steve Jobs?

TDP: Were you ever in his way?

TDP: Tell us about that.

JF: At the opening of the first flagship Apple store he was incredibly proud of the glass staircase and how he laid the whole thing out. So I flew out for that and he asked me what I thought ...I said ‘it seems like you’ve just rearranged the space so that there’s more room for foot traffic rather than adding any specific features.’ And he cuts me off and he says ‘what do you expect, motor traffic?’ And then he walked away.

TDP: Sounds like a nice guy. Getting back to your time at DePauw, you wrote for The DePauw newspaper as a student, tell us about that experience.

JF: It was incredible. There were a lot of big stories that we stumbled into. Some of the themes haven’t changed that much though.

TDP: Did you ever get sick of writing about greek life?

JF: No, I never did. greek life was the gift that never stopped giving. Freshmen year there was a big story about hazing at Delt that I broke that caused a big impact on campus. Then senior year there was a story about hazing at Kappa that I broke that also became quite well known. Inbetween, I appreciated what greek life did for the social scene on campus. Then my senior year The DePauw was welcomed into Pi Phi for the first round of rush to take pictures to show what it was like.

TDP: Did you get to go into pi phi?

JF: Yeah, as a guy I was inside of Pi Phi taking pictures of the first round of rush.

TDP: How big was the staff when you worked on the depauw?

TDP: Was it tough finding writers?

TDP: What advice would you give to a struggling newspaper trying to recruit more writers?

TDP: You seem like the epitome of DePauw alums that have graduated this institution and networked successfully. What advice would you like to leave students who share similar ambitions?

JF: I still feel dramatically unqualified to give advice, but what I feel like I’ve managed to do is survive in this business and keep learning along the way. I think that’s what this liberal arts thing is about.… Students should get their hands on as many things as possible, learn from older students, learn from professors, learn from trying stuff out and then continue to do that. Too often students think, 'I’m going to leave DePauw and going into investment banking or accounting or computer programming.' For most people, it’s more about learning to adapt to life’s changes and having a broad set of principles and vision for where you think things are going to go. Be passionate about what you are working on and be ready to seize opportunities.