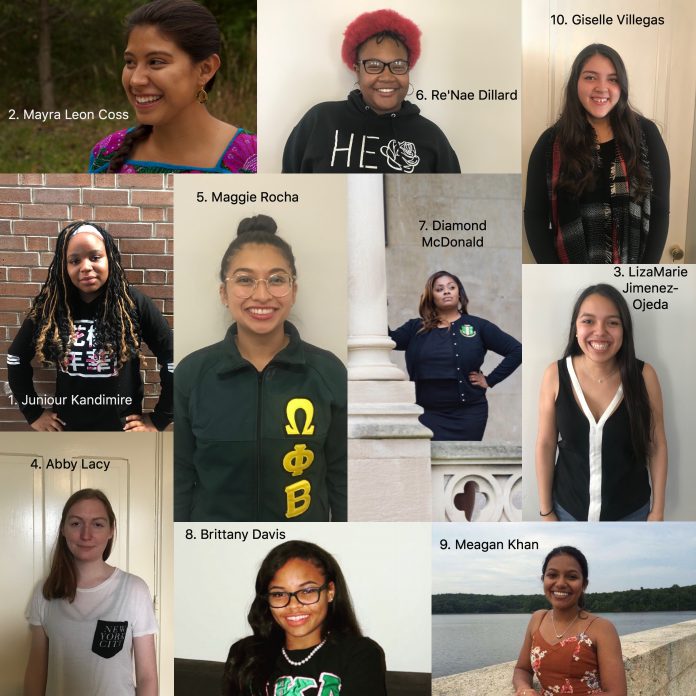 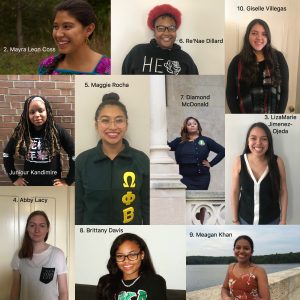 For Women’s History Month, The DePauw has interviewed ten resilient women who lead and inspire. Along with their achievements, these women embrace their intersectionality. They are just a few of the amazing women on DePauw’s campus.

When sophomore Juniour Kandimire was in elementary school, she recited a poem in class, but she was so nervous that she had to ask for help; however, years later she stood in front of hundreds of people and recited the first poem she had ever written after winning an award. The awards were organized by Ashinaga, an organization dedicated to support orphans in different countries, and Kandimire’s poem won first place in two of the three categories: best English poem and Ahinaga’s board pick.

Kandimire’s poem was a call for reform in women’s access to education, especially in Zimbabwe as she is the first and only Zimbabwean Ashinaga African Initiative scholar. Her passion for women’s right to education in Zimbabwe has led her to intern with the Research Advocacy Network this upcoming summer. Kandimire believes that educating women is the future of the nation. “Women are given all these boundaries and those who cross those boundaries are seen as outcasts,” Kandimire said. “I think that the best thing you can ever do is be born as a woman.”

Sophomore Mayra Leon Coss has been an activist since she was in high school, and as a Deferred Action for Childhood Arrivals (DACA) recipient, she has worked tirelessly advocating for those who are forced to live in the shadows. She participated in the Chicago Tribune’s project “Caught in a ‘Dream,’” which featured 41 Dreamers’ narratives about their experience as DACA recipients. “It [sharing her story] is one of the biggest ways we can show the importance of immigration reform,” Leon Coss said.

Leon Coss serves on DACA and undocumented students advisory board, which was in response to the November 2016 protest. The advisory board works hard to educate students on what it means to be a DACA recipient or undocumented through events such as tabling and bringing speakers such as Opal Tometi, whose visit Leon Coss organized along with Flores.

Sophomore LizaMarie Jimenez-Ojeda loves helping the community around her and at DePauw she has embraced every opportunity to do so in her first two years. She is the current co-president of Restorative Justice, a Compton Center Intern, community relations for Civic Fellows, Feminista!  and serves on the DACA and undocumented students advisory board. Jimenez-Ojeda found a way to combine her leadership in different organizations through the Justice Camp she is organizing for April 7. It will feature talks by Restorative Justice, Compton Center, the advisory board and many others. She also works as a Resident Assistant, or RA, and through this position she has been able to inspire other women of color.

It is important for Jimenez-Ojeda to embrace her full identity as a woman, student and person of color. She has been able to create her own community here, but does not feel comfortable in every space on campus as a woman of color. “This campus was not made for women of color, it was made for white men and other white people,” Jimenez-Ojeda said, “and I will never forget that.”

Abby Lacy, a junior, serves as the resident Women’s Center intern and provides support for whoever wants help from the Women’s Center. She wants to ensure no one feels as uncomfortable as she did her first two years at DePauw. She has also worked to make sure DePauw’s policies are more trans-inclusive through a proposal she wrote with junior Josh Selke. Lacy is also the community leader for Community Technology Enhancement Program, which is a program that refurbishes computers and gives them to DePauw.

Senior Maggie Rocha knew a lot would be expected from her when she first arrived on campus four years ago as a Posse scholar. She has not disappointed. Her involvement began with Civic Fellows and then continued with her leadership in the Committee for Latino Concerns. However, what has fostered her leadership the most has been her sorority, Omega Phi Beta because it taught her how to organize events and host events that explore difficult conversations.

Re’Nae Dillard started her first year at DePauw by organizing a fashion show titled “Getting Back to Our Roots,” which celebrated the history of Black fashion. Dillard is also a member of the Association of African American Students (AAAS) and Exalt Precision, which is a stepping group that will be performing on May 6. She serves as the secretary of Exalt! Gospel Choir and because of all her leadership, Dillard was named Rising Leader: Woman of the Year by Zeta Phi Beta.

Re’Nae said that a lot is expected of women, but that it is easier because when it comes to decorating or being creative, those are things that require a woman’s touch. “Especially since I am a Black woman, it’s two barriers in one, and that means I have to push a little bit harder, fight a little bit harder,” Dillard said.

Diamond McDonald has not wasted a second at DePauw and has accomplished a lot in her four years; however, her interest in leadership began with AAAS when she became a first-year representative. She then became a member of Alpha Kappa Alpha (AKA) and the Union Board. She went on to become president of and vice president of AKA. McDonald has also been involved with DePauw Student Government since her first year and was vice president of student academic life last year. While still holding her position as VP of student academic life, she became president of the National Panhellenic Society. McDonald is currently a presidential ambassador and the pro bono clinic which brings in DePauw alumni that give free legal advice for two hours to the Greencastle community.

McDonald confessed that it was hard for her to balance all of her leadership positions and her academics, but through that struggle she found her resilience. For McDonald, being a Black woman means being resilient as well as being the backbone and the head of the country. “Being a Black woman means to me knowing what second place feels like and knowing you have everything it takes to be in first place,” said McDonald.

Sophomore Brittany Davis created a space and opportunities for people of color who are pursuing STEM majors through the club she founded: Students of Color in STEM. She is also the president of Alpha Kappa Alpha, which is a very rewarding position for her because of the history of the organization.

Meagan Khan has spent her four years making a change at DePauw through the Posse and Bonner Scholar programs. Through Posse, Kahn was able to form relationships with other students of color and being a Bonner scholar allowed to connect with the Greencastle community. Kahn works with the Greencastle Parks and Recreation Department to host events such as a pottery workshop, of which the last one is today at 6 p.m. She also founded the Caribbean Students Association and is currently a presidential ambassador.

Sophomore Giselle Villegas has been an active leader since she arrived on campus, and she is currently the president of La Fuerza Latina, a first-year mentor, Stones Scholar Mentor and Multicultural Chair of Kappa Kappa Gamma. She also helped start the DACA and undocumented students advisory board, which she is very passionate about because of all her family and friends who are DACA recipients and undocumented.