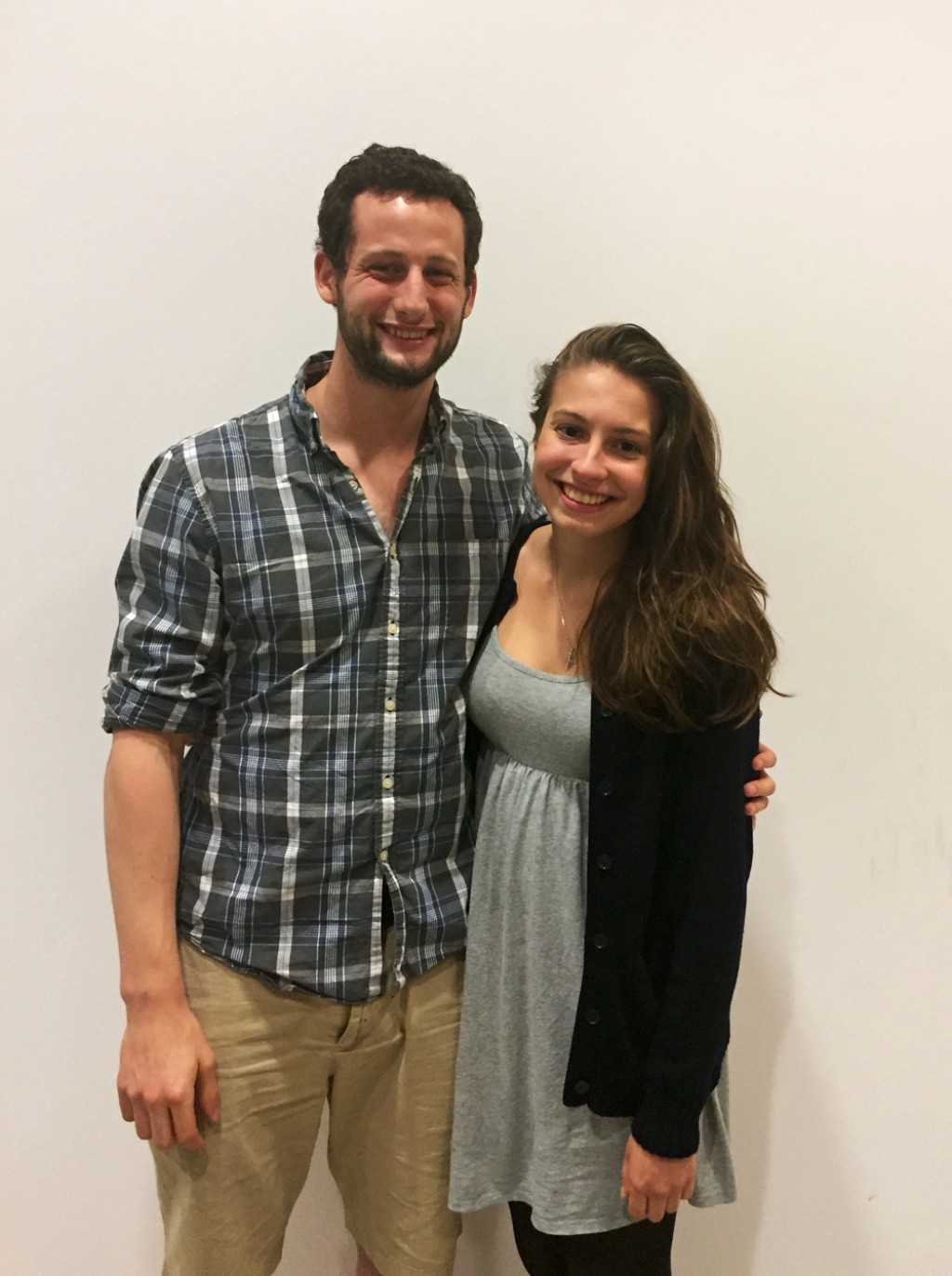 Seniors Alex Alfonso and Sandra Bertin organized the screening of
"The Gatekeepers" in coordination with the conflict studies department.
MADISON DUDLEY / THE DEPAUW

Between June 5 and June 10 of 1967, the state of Israel launched a highly successful military campaign against Syria, Jordan and Egypt. The Six-Day war ended with the Israelis taking control of the Sinai, the Golan Heights and the West Bank of the Jordan River. This started what we recognize today as the Israel and Palestinian conflict.

The Oscar award winning film from 2012, "The Gatekeepers," details the history of the Shin Bet, Israel’s internal security service. The documentary is centered around in-depth interviews by the six living former heads of the Shin Bet: Ami Ayalon, Avi Dichter, Yuval Diskin, Carmi Gillon, Yaakov Peri and Avraham Shalom. The film also uses archival footage and computer animation to tell the story of the Shin Bet from the Six-Day war up to present day. This is the first time that all former heads of Israel security have spoken publicly.

"The Gatekeepers" was shown to a small group of students Wednesday night in Peeler Art Center in conjunction with the conflict studies department. The event was organized by seniors Alex Alfonso and Sandra Bertin. Alfonso is a conflict studies and religion studies double-major and Bertin is a middle eastern and Islamic studies major. Alfonso and Bertin watched "The Gatekeepers" together and liked it enough to hold a showing for other interested students.

“I felt it was important to show this film because of the resonance the Israeli-Palestinian conflict has on college campuses, especially after the brief war in Gaza this summer,” Alfonso said. “I like to introduce perspectives that complicate issues and make people think about how conflicts are not black and white, but have many shades of gray. “

"The Gatekeepers" only shows the Israeli side of the conflict, with the majority of information being presented coming straight from the interviewees. Even though it gives a one-sided representation, the men who are interviewed understand what they have done, and you see them struggle with the ethics and morality of their actions.

“I think the six heads of Shin Bet do a great job presenting their roles as simultaneous protectors and oppressors as well as reflecting on their security decisions and their effects on peace processes,” Alfonso said.

Each former head of security discusses their time in their position, from the initial take over of the Palestinian territories to the assignation of Israel President Yitzhak Rabin and to their outlook on Israel and Palestine’s future.

People in the United States tend to see a biased view of conflicts that take place outside of our boarders. The U.S. is an ally with Israel, and so when looking at this issue it seems to many very one-sided. "The Gatekeepers" shows that, even though it is a film that is centered on the Israeli side, there is still sentiment for the Palestinians; there is an acknowledgement that both sides are at fault.

Yuval Diskin, head of the Shin Bet from 2005-2011 said, “one mans terrorist is another man's freedom fighter,” and to some, there is no better way to show the complexity of this clash or cultures.

“My main take away is that peace is a strangely violent concept,” Bertin said. “It's mind blowing how even the discussion of peace causes such violent reactions.”

“I really loved the movie because of its unique look into the Israel-Palestine conflict," first-year JP Sieck, who viewed the movie on Wednesday night, said. “I think it's really easy to assume it's an easily fixable problem but this movie offered up another view—a view where both the Israeli and Palestinian side were shown doing harm.”

“The film is important to show because it is a one of a kind insight into the security dilemmas of modern conflicts,” Bertin said. "Also I find that our campus is not very engaged in this particular issue, which is an issue I am very passionate about.”

Another Israeli-Palestinian related event will be put on by Compton Intern Amanda Buening on April 16th. It will be a Conflict Kitchen style event where participants will eat Middle Eastern food and discuss the conflict in a safe environment.

Conflict Studies is also planning to bring Gershon Baskin in two weeks, on the 21st, to speak about his role as a peace activist in Israel. He is one of the few Israelis to make direct contact with Hamas, without Israeli government approval, and has helped to secure the release of IDF soldier Gilad Schalit.