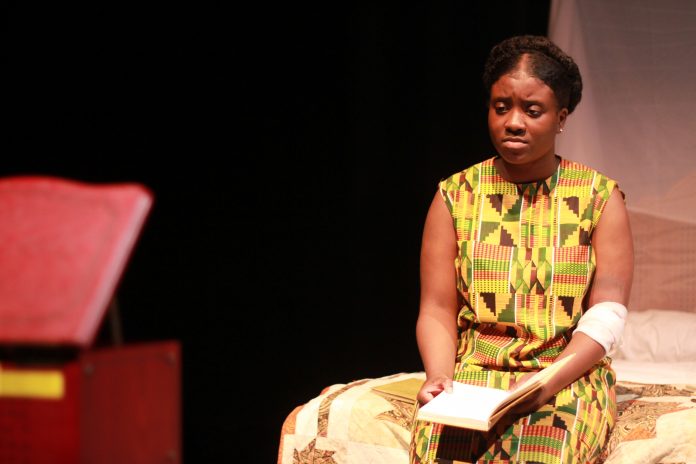 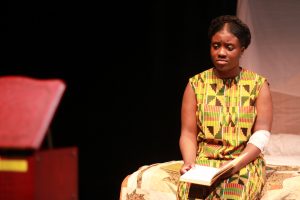 DePauw’s theater community expands its horizons to focus on messages portrayed by people of color.

Plays by Latina and African American women is a series of one-act plays that will be held Nov. 15-18, from 7:30-9:30 p.m. and Sunday 1-3 p.m. The plays are co-directed by senior LaToya Logan and Professor of Communications and Theatre Tim Good. These plays were chosen as a way to bring more representation of groups that are typically marginalized to the DePauw Theatre.

Chloe Johnson, first-year, stars in She Talks to Beethoven. She said that she took on this role as a way to honor women of color who are playwrights. “I thought, ‘why not take advantage of the moment?’ There are four plays and they are contrasting yet they each highlight different themes,” said Johnson.

Good said that he assembled a team of Latina and American women to make decisions regarding the plays. “I wanted them to bring a different perspective that I don’t have. I bring expertise, they bring their brains, talent, and experience.”

Logan said that she had never directed a play before, but she did her research on each of the plays. “I had to first read the plays and then research the authors and their backgrounds. I also had to read some of their other works and figure out what type of people they were and how they would like their stories performed,” Logan said.

Mohamed Gborie, junior, stars in Poof! and She Talks to Beethoven. He said he took the role because it was something he never got a chance to do in high school “You have to do research on the person to understand them and it requires a lot of time,”said Gborie on what it's like to participate in a play, “To prepare for the role I had to try to embody the role and practice my lines when I’m not here. It's about feeling the emotions of the character.”

The plays discuss some heavy topics such as domestic violence and intimate partner violence. Logan hopes that the audience will understand the topics that are being presented and understand the struggles of the characters in the plays and learn more from them.

“Poof! for example, uses comedic relief to discuss domestic violence and intimate partner violence, I want people to enjoy themselves and see how these topics affect their lives and the lives of others,” said Logan in reference to how she wants her audience to interpret the plays.

Good wants the Latinx and African American community on campus to see the great and famous works of the artists. He also wants the larger DePauw community to see a different perspective so that they can grow as humans.