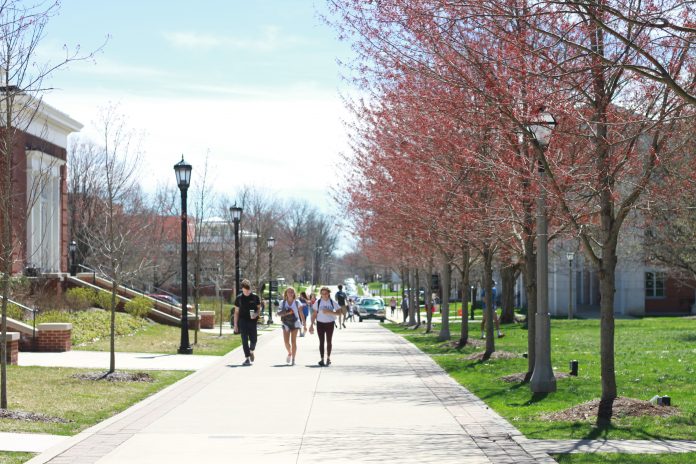 DePauw administration received a letter signed by over 300 parents and alumni expressing their concern with the University’s “dysfunctional relationship with Greek Life organizations, their student members and University administration.” The letter requested a “Parent Town Hall” meeting with President Mark McCoy and a minimum of 4 members of the Board of Trustees within 40 days from the date of the letter, March 22.

The meeting is scheduled for May 4 at 1 p.m. in Meharry Hall, and it will be open to the public.

The purpose of the meeting is for “awareness and dialogue,” said Jeffrey Neal, DePauw parent and a significant contributor to the letter. He believes that DePauw administration and the Board of Trustees should be aware of the level of discomfort that exists among parents, students and alumni.

“I have received emails from parents and alumni, as a result of the letter, that said they won’t be sending their child to DePauw,” said Neal.

The handling of Alpha Tau Omega’s (ATO) suspension in late January raised concerns whether DePauw can provide the “positive, nurturing and welcoming environment it claims to offer.” There is no clear declaration of what an alcohol-related event in the student handbook, and the rules under which Greek organizations should conduct themselves is vague, leaving plenty of room for subjectivity, said Neal. “[As a result], the incentive to report the problems has been damaged or removed—making it less safe.”

However, ATO’s suspension is not the only concern to parents and alumni. “[The suspension] is contributing to some of the negative things happening at the University: declining enrollment, declining retention rates, and less than optimal Greek relations.”

Many liberal arts institutions in the midwest suffer from low enrollment rates. Scholars cite the economic downturn of 2008 to lead to a 15 percent loss in the typical college population.

President McCoy and Chair of the Board of Trustees Kathy Vrabeck expressed interested in holding a meeting. “Things that get shared from the rumor mill can get distorted,” said McCoy. “This is a great idea for us to be together and clarify any misconceptions.”

“It is going to be a listening session,” said Vrabeck. “We’re interested in hearing from members of families.”

I don’t want this [meeting] to become a finger-pointing exercise,” said Neal. “It’s meant to have a serious conversation about serious things going on at DePauw and if the administration is aware of them.”