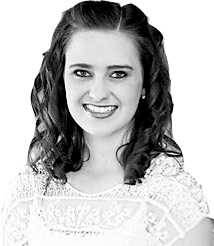 Most people rarely think about the implications of dressing up like other people. “It’s just for fun,” or “Relax, it’s just a joke,” seems to accompany any discussion that might bring up the ethics of not only what we choose to wear, but also how we choose to wear it. Dressing up as a “sexy Native American girl” on the one day of the year our society has designated for dressing up as someone you are not does not initially seem bad. However, a Halloween costume choice is itself a reflection of an individual’s ethics and overall respect for other people and their cultures.

It is one thing to dress up as someone you admire or to create a costume resembling a famous figure on television. It is completely different, however, to dress up as someone from a different culture, race, ethnicity, etc., simultaneously portraying their people as exotic or humorous. In a society that equates Whiteness with being “normal,” everything else becomes “different,” constituting those differences as the “perfect” candidates for the “perfect” costumes. White or not, by wearing another person’s culture as a costume, we are subjecting them to the stereotype threats associated with their culture, as well as belittling their experiences. The Halloween holiday has been riding on the train of supposed cultural appropriation for way too long.

The next response might include, “If this costume is so wrong, then why do they sell it at the store?” The reality of this situation is that racism, sexism and all the other complicated “isms” that plague our society are deeply ingrained in the traditions we celebrate. Responsibility then falls on each and every one of us to critically think about the visible and invisible consequences of how we choose to present ourselves on Halloween (and on every other day for that matter).

Finally realizing the complexities of Halloween costume selection, our defense might become, “But I wasn’t trying to offend anyone,” or “I didn’t mean to be insensitive.” Regardless of whether a costume choice was done with innocent intentions or not, your appearance on Halloween can still perpetuate harmful stigmas and stereotypes, which then welcomes more aggressive racist, sexist, etc. attitudes. This is why it is so important to realize the ethics in choosing a costume pre-party and pre-hurt.

When the implications of culture-emulating Halloween costumes don’t affect us directly, it is difficult to understand why we should pay attention to them. My answer, and an answer that might come up in other ethics conversations surrounding Halloween, is that we must all make an individual commitment to learning more about other cultures so to understand and recognize what it looks like, sounds like and feels like to respect them. It is only through this type of education that we will be able to restore the ethics of this holiday tradition of dressing up and put the real fun back into Halloween.