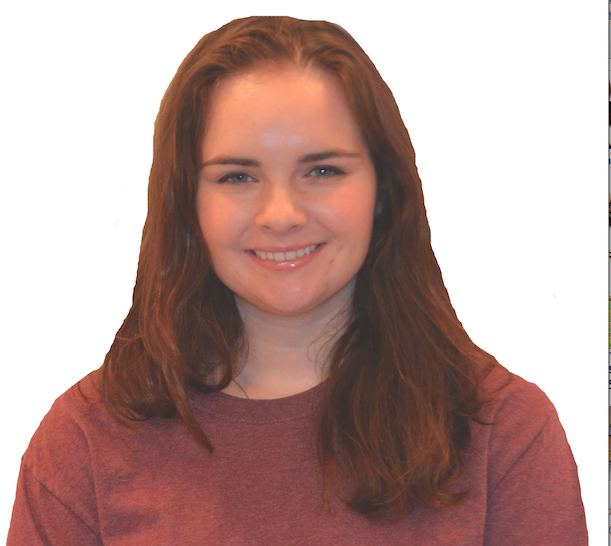 Madison Dudley is a first-year from Scottsdale, Arizona.

Seeing that today is Halloween, I thought that I would write about something that is very near and dear to my heart: Trick-or-treating.

Halloween has always been one of the highlights of my year. Every October my family and I go out and pick the best pumpkins, turn our house into the spookiest thing you have ever seen and dress up in our best costumes. I have been everything from a pumpkin and all the Disney princesses to Flo from the Progressive Insurance commercials.

As you can see, I take Halloween very seriously.

Since coming to DePauw, though, I have noticed a lack of excitement and over all participation in DePauw students for Halloween, and this is something that I feel the need to address. I have not seen a single pumpkin, besides the ones on some greek property. I have only seen a few people put up decorations in their dorm, let alone anywhere else on campus. I even heard someone say that they did not know Halloween was on Friday. This is a travesty!

Now I have put in a lot of thought as to why Halloween is being met with such a lack luster response, and I have come up with only one solution: no trick-or-treating.

When I was little, trick-or-treating was the end-all-be-all of my existence. I would hype myself up for it from Oct. 1 onward. I would watch all of the Disney Channel original movies about Halloween so I would be aware of the supernatural things that I was likely to come into contact with during my quest for free candy. My friends and I would write up a plan of attack, we would “pre-game” at my friends house (with fruit punch and chicken fingers), and then we would go out for hours on end, walking several miles of suburban neighborhood to get the most candy that we could. My all time record was over 800 pieces.

The last few years I have been trick-or-treating with my little sister, who is a much less dedicated candy snatcher than I was in my youth but still goes out every year and crisscrosses neighborhoods until she has been to every last house that has their porch light on. Even when I would take her out I still felt the excitement that I got back in my Disney princess days, running around, with my mom not far behind, getting my weight in chocolate gold.

I do see a way to bring back the spirit though: Return to trick-or-treating. I say that we decorate our houses and dorms to the max and let the students of DePauw dress up as their best ninjas, pirates and fairy princesses and go out on Halloween night with pillow cases and come back home with enough candy to give a dentist a heart attack. Not everyone is going to party on Halloween, and why should that be the only option for students?

Just because you’re in college doesn’t mean that you can’t act like a kid again, at least for one night.

May your candy be sweet, your jack-o-lanterns spooky and a have a very happy Halloween!

-Dudley is a first-year from Scottsdale, Arizona