Renee, a sophomore at DePauw University, came home to Mason Hall last Tuesday to find a sign harshly warning residents: “CAMERA INSTALLED. DO NOT PLACE FOOD OF ANY KIND (INCLUDING SOUP) IN THIS SINK!” However, the message did not end there. Below the first sign, a poor translation of the message into Mandarin, likely using the help of an online translating site, followed. As an international student from Beijing, Renee shared that this message was not only hurtful and offensive to her, but to the entire Chinese community.

The fact that the message was translated into Mandarin suggests two things; firstly, the assumption that those clogging the drain are Chinese students, and secondly that the Chinese residents of Mason Hall cannot read English. As all DePauw students take the majority of their courses in English, this is an absurd and offensive assertion.

One student responded with a note that read, “Don’t understand Mandarin? Don’t write in Mandarin,” referencing the numerous errors in the translated text.

While Renee is unsure of who left the message, she does not think that it was a Resident Assistant. Nevertheless, she said that Mason Hall residents and Chinese students, in particular, are “angry because the Chinese translation doesn’t make sense at all, so we just feel it’s ridiculous.”

Micro aggressions of the like are anything but nonexistent on our campus. Renee expanded on this reality.

“Asians who come to America want to feel that this is their new home, but how others treat them makes them feel that it is not home. I think this is what’s happened at DePauw," Renee said. "We came here as international students, and we want to see here as home… but sometimes we feel it is difficult to talk with others. Most foreigners feel that Chinese are quiet and that [non-native English speakers] are somewhat not well educated. We are really not, so that stereotype really hurt us.”

Renee said that she believes that certain groups and organizations on campus, like The Movement, Student Services, the Association of African American Students (AAAS) and the Committee for Latino Concerns (CLC), are doing a good job working to address these issues.

Many often attribute acts of discrimination to ignorance. However, the message left for Mason Hall residents was anything but thoughtless. It intentionally and purposefully targeted a certain group of individuals. Related instances reveal a need to unlearn a current concept of community. Cultural, class, gender and racial divides should not fundamentally characterize the general understanding of community on our campus. An overall feeling of inclusivity seems to be lacking, with some noticing the effects of this absence more than others.

Anna Butz, a DePauw alumna and former International Student Ambassador who is currently pursuing a Fulbright in Colombia, commented on the issue.

“I think this [message] is representative of DePauw as an institution, and the lack of support felt by many students who do not identify as part of DePauw’s ‘majority’ (white, heterosexual, middle to upper middle class)," Butz said. "Unfortunately, many of those at DePauw who are in positions of power (like the person who put up this poster) are those who are not aware of the struggles faced by many DePauw students.”

Renee has not yet reported the incident but says that she will not remain quiet about it. 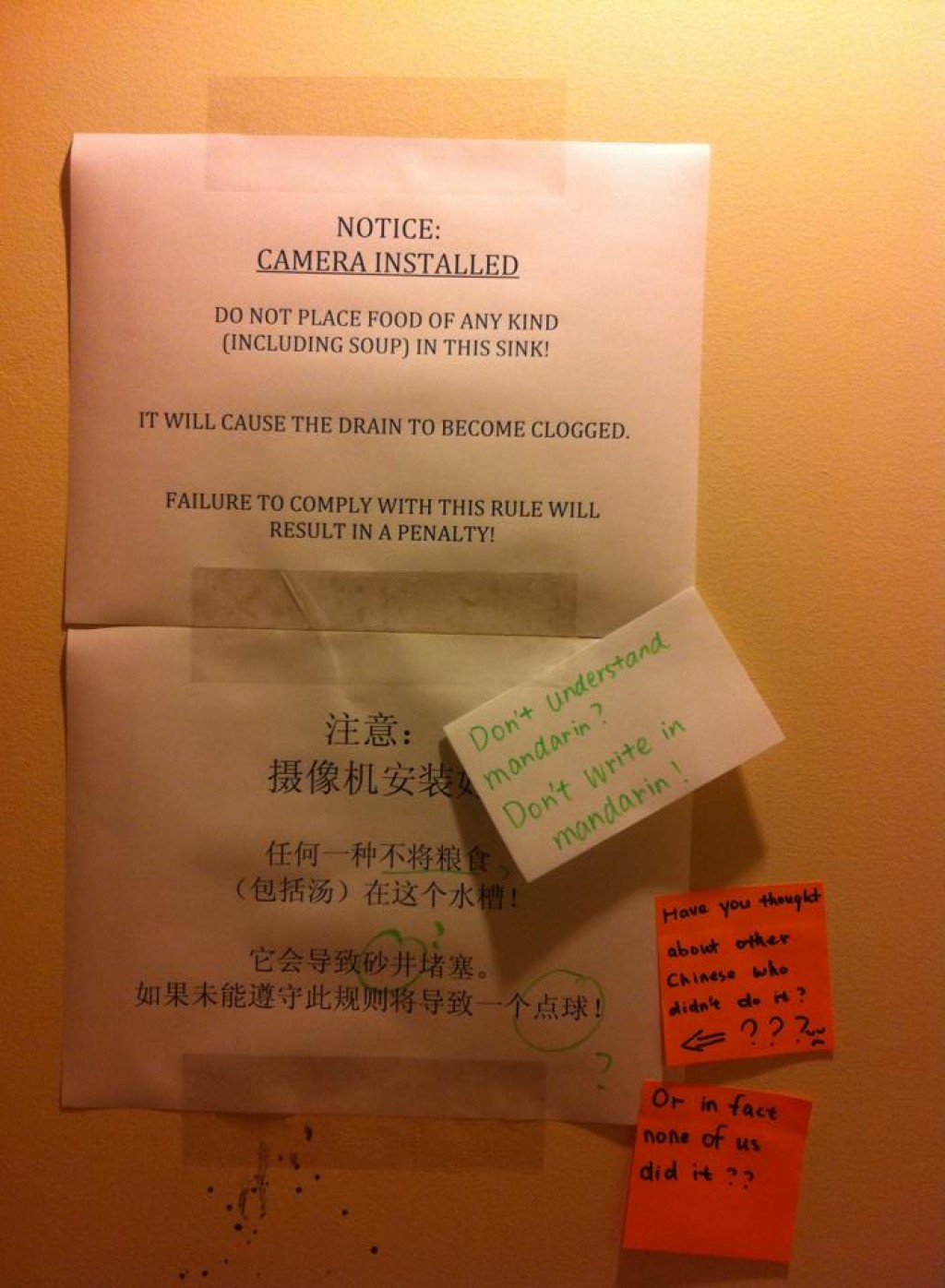 Joslyn Fox - April 1, 2020
0
As COVID-19 has moved classes online, all departments have been forced to adapt. Though a particularly unique obstacle has arisen for the art department...

Coronavirus: Little For Us to Worry About, Lots of Hysteria

Editorial: Don’t Fall Into the Cascade: It’s Not that Deep

How Coronavirus Has Affected DePauw: A Round-Up