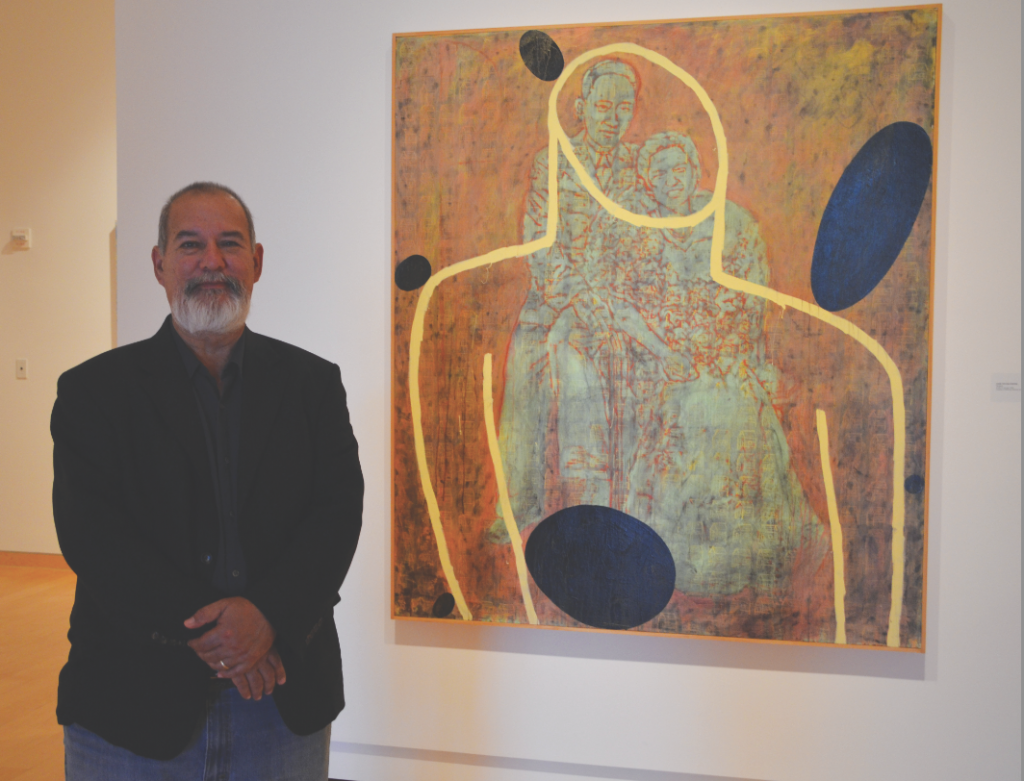 Assimilation into American culture, examining American subcultures, and contemplating the ‘melting pot’ of America. These are just some of the issues presented in the Infinite Mirror: Images of American Identity exhibit that opened in the Art Gallery at Peeler this past Wednesday.

Benito Huerta, a professor at the University of Texas Arlington and one of many co-curators who selected the works that appear in this national traveling exhibition sponsored by the IMLS and NEA, gave a talk to many students and staff about the works in the show.

Huerta explained that there were many aspects that went into choosing the works for this show.

“I think the quality of the work is important, the other thing is the theme of the show and how the work relates to that theme, and the diversity within the group of artists,” Huerta said. “You want to make sure that a lot of different groups are represented, not just one group or two groups because this country is pretty diverse so you want to make sure that that happens.”

“I think that the artists in the show, because it’s pretty diverse, show a wide variety of issues and concerns that they deal with and sometimes celebration, sometimes protest, but I think that anyone that comes and sees the show, they’re probably going to identify with some of the work,” Huerta said.

Art History professor Miriam Kienle explains that the viewer needs to try to make a connection with the art in order for it to be meaningful, even if that means crossing over into new territory.

“I think that the exhibition asks visitors to identify with the work and find unexpected parallels between their experiences and those of the artists, perhaps even across lines of cultural difference,” Kienle said over email on Thursday.

(Left to right) “Do Indians Go To Santa Fe When They Die?”
by Richard Ray Whitman,“Teri ‘Lil Loca’ Lynn Cruz”
by Delilah Montoya and “Builders Three” by
Jacob Lawrence.
EMILY MCCARTER / THE DEPAUW

The work titled ‘Peach Boy’ by Tomie Arai is a print of a young Japanese boy dressed in a cowboy costume. The print was “inspired by family memories of the forced internment of Japanese Americans” according to the artist’s statement.

Huerta emphasized that although every viewer may not find a connection to every piece, they will at least find some works that they can understand or with which they can sympathize.

“I think that when the work makes a connection to somebody, then there’s a relationship between that viewer and the artist via the artwork itself,” Huerta said.

Some of the ideas discussed in the works are about memory loss. Huerta explains that artists are the ones that keep track of these memories through their work so that we as a culture don’t forget what has happened.

The acrylic painting by John Yoyogi Fortes titled “Tangent” is based on his father’s struggle with Alzheimer’s disease.

“Seeing him change week to week made me think about my life with him; how objects can trigger memories; what is family and how my feelings about these things could be translated into my artwork,” Fortes said in his artist statement. 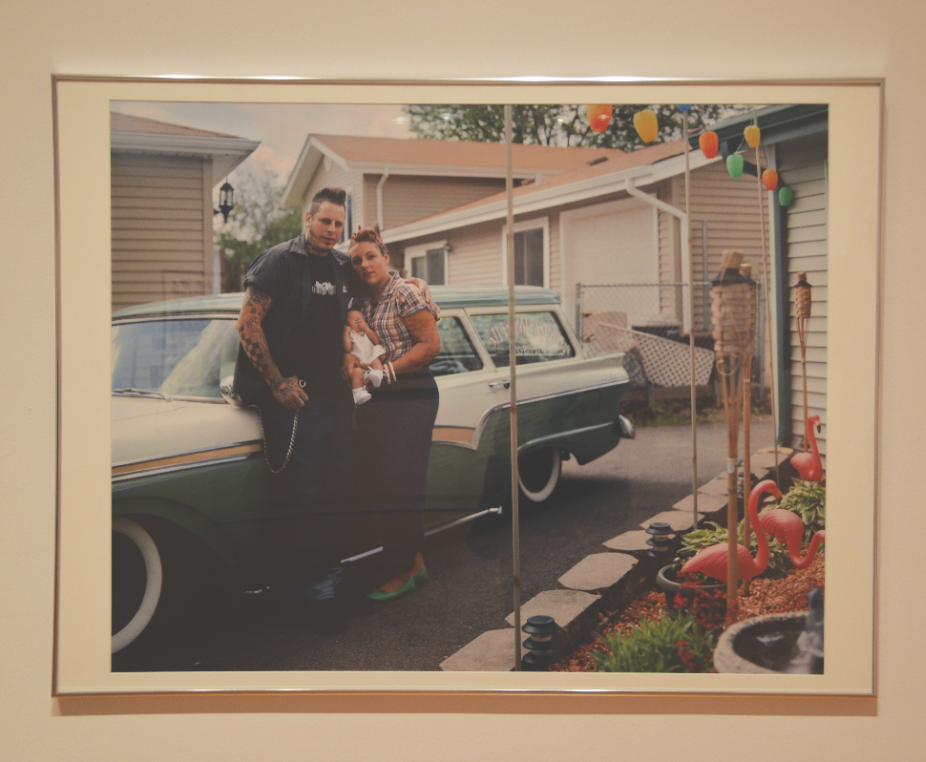 “Voodoo Larry and his Family” by Jennifer Greenburg.
EMILY MCCARTER / THE DEPAUW

Although racial groups can be portrayed in a certain light in the media, these artists give direct insight into their perspectives through their art so that the viewer is able to see the struggles they may have.

“I think Infinite Mirror is an excellent reflection of the diverse conceptions of identity in the US today, which is important to see given the xenophobic and racist representations that too frequently circulate in popular media,” Kiele said.

Infinite Mirror: Images of American Identity will be available to see in the University Gallery lower level now until December 12, 2014.