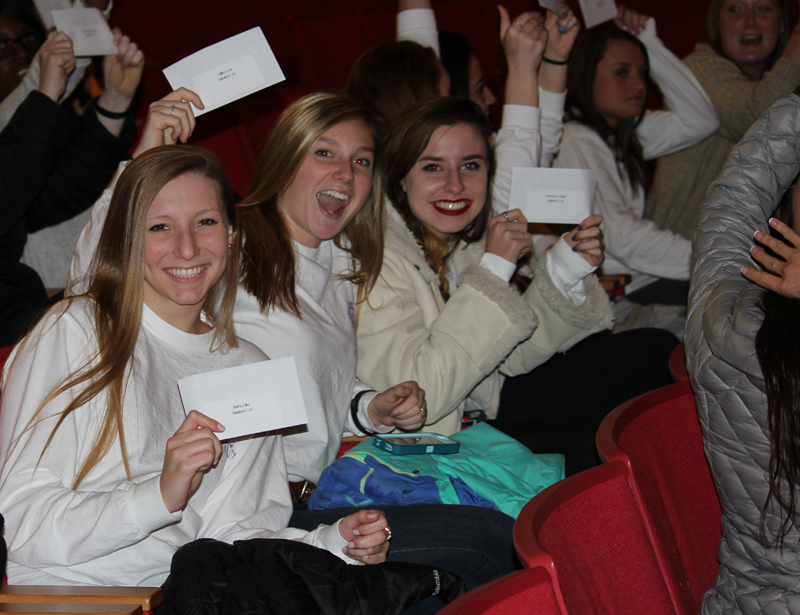 Unfortunately, not every person who goes through Panhellenic recruitment always receives a bid. Although some people are disappointed, Rho Gammas, leaders who work with students before and during the process of recruitment, act as positive reinforcement.

“Because the recruitment process is an imperfect one, there will always be heartbreak and disappointment involved for a number of women,” said Rho Gamma Hattie Blair ‘16. “However, our ultimate goal was to place as many women as possible in the chapters that will foster their healthy development as students and individuals.”

“One hundred and ninety of them were Freshmen, so going in we had around 80% of the first year class signed up,” said Inter-Fraternity Council Vice President of Recruitment Spencer Strup.

The number of men shrank to 180 during the first and second rounds of the recruitment process.

“There were a significant number of open bids given out, but those numbers are still being tallied so my rough guesstimate of how many guys joined chapters would be around 175,” said Strup. 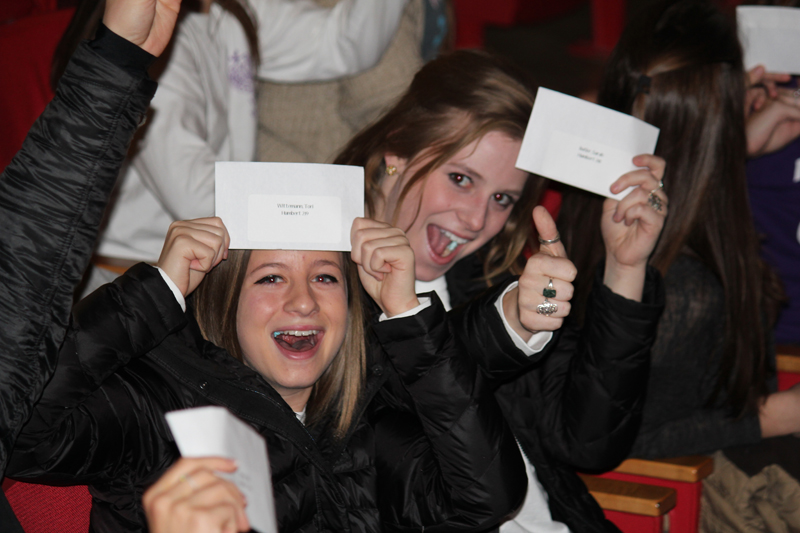 Tori Wittemann (Left) and Sarah Butler (Right) raise the envelopes
containing their bid cards above their heads moments before they open them.
ZACH TAYLOR / THE DEPAUW

This year, Panhellenic not only dropped the grade point average as one of the requirements to go through formal recruitment, but bid cards were opened in Kresge Auditorium instead of Meharry Hall.

“This year we distributed bid cards in Kresge because the university needed to use Meharry for a service,” said Masters. “We were notified the week before that we would need to be moved, and Kresge is really the only option to accommodate that many women to be seated and spread out while they make their chapter selections.”

Each woman going through formal recruitment is given a recruitment shirt for first and second round; however, this year the shirts were not delivered on time and the women were asked to wear their Monon shirts. The shirts were supposed to be delivered Thursday before the first round began.

“They did not arrive on the delivery truck until Friday, but through our tracking online, the package was said to be ‘undeliverable’ and were never actually dropped off,” said Masters.

The shirts finally arrived and were handed out Saturday night after second round of recruitment after Campus Living and Community development staff members drove to Indianapolis and picked up the eight boxes of t-shirts.

Every year each chapter is expected to reach a quota of new members. Panhellenic Council determined that this year quota was 30 and every house reached quota. IFC set their quota at 24.

“We set a hard quota this year, at 24, which essentially cut the maximum number of new members houses could take by six from last year,” said Strup. “Going in we knew recruitment was going to be a battle of numbers since DePauw decided to cut class size this year.”

“I think recruitment was very successful, every house played by the rules except for a couple minor incidents,” said Rho Gamma Nick Palanco. “All the new members looked enthusiastic when they received their bid, and there seemed to be little heartbreak.”