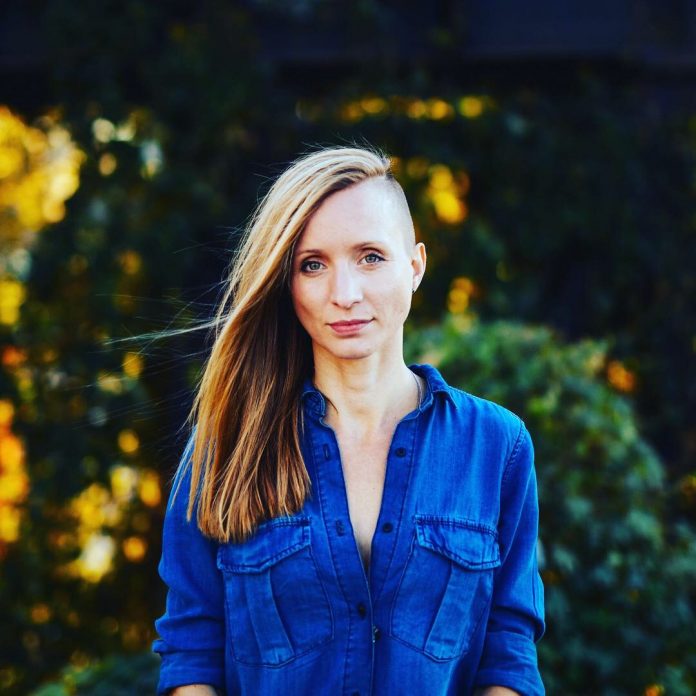 On Tuesday, Helis Sikk presented her talk, “Mainstreaming Violence: Affect, Activism, and Queer Media Politics,” which explored the progression of anti-LGBTQIA+ violence movements in the media throughout history. She is a postdoctoral fellow and visiting professor of Women’s, Gender, and Sexuality Studies and described her talk as a continuation of DePauw Dialogue.

Sikk focused on the affective aesthetics of violence, referencing many visuals and texts in the media that “further transphobic, misogynist, classist, and racist politics of representation of LGBTQ.”

Her presentation opened with the story of Matthew Shephard, who was murdered in 1998 for his sexuality. His image, professionally shot in black and white, became one of the faces of LGBTQIA+ anti-violence. Years later, a very similar picture of gay rights activist, Eugene Lovendusky, appeared all over new media outlets after he was attacked. Sikk noted that although the two photographs “bring together past and present,” they only aestheticize anti-violence as white and male.

In contrast, anti-transgender violence images from media present victims differently. For example, in a newspaper report, transgender woman Eyricka Morgan was shown laying casually on a bed in poor camera quality. “It’s hard to disrupt the mainstream idea of what victim should look like,” said Sikk.

Sikk also critiqued graphs of anti-LGBTQIA+ homicides, which showed disproportionate rates of deaths depending on race and ethnicity. “Reports give us a sense of security because we feel like we have control over violence.” She also discussed how news coverage in particular is biased with language and visual rhetoric.

Sage Klinger, sophomore, attended Sikk’s talk because she was interested in the topic and is currently in a Women’s Gender and Studies class. “A lot of the images she showed and different publications stood out.” Her biggest takeaway from the presentation was how big of an impact media can have on portrayals of anti-violence.

Tabitha Adams, senior, is writing her Honor Scholar thesis on the history of LGBTQIA+ rights. Before Sikk’s talk, she did not know about the Advocate Magazine, an American LGBT-interest magazine. “They’ve whitewashed issues within the LGBT community, no advocating for black trans women…witnessing the progression of the magazine itself was interesting to see.” Adams added that October is LGBTQIA+ awareness month and that many events are being offered around campus.

In the face of individual oppressions, biases, and privileges, Sikk urged audiences members to be informed by the historical differences between gay and transgender movements. As forms of media continue to develop, as well as the conversations around transgender and gay activism, individuals must “bring intersectional anti-violence to the mainstream.”