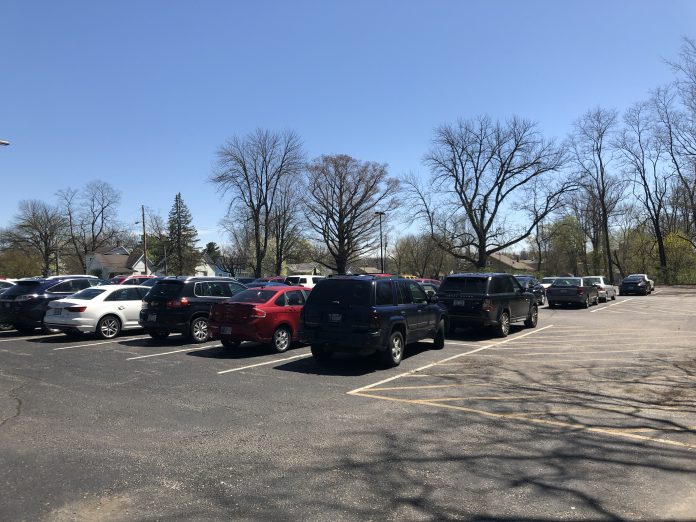 On Monday afternoon a public safety email update was sent out to DePauw students, faculty, and staff stating a handgun was stolen from a vehicle in the Hogate Hall parking lot.

The email also included instructions to community members to stay aware and report any suspicious activity.

At this time, the identity of the person who the handgun was stolen from cannot be released.

According to the DePauw University Student Handbook Weapons Policy, “DePauw University prohibits the possession, carrying, transportation, and use of firearms and other dangerous weapons by persons on campus property.” The only exception to the policy is possession of handguns by law enforcement officers and private security.

Some students wondered why the campus did not go into lockdown after the handgun was stolen. “We would go into a lockdown if there was a threat of imminent danger,” said Charlene Shrewsbury, interim director of Public Safety. In such circumstances, all campus building accessible with an ID card would be locked.

No more information has been released about the bias incidents that occurred last week. According to Shrewsbury, Public Safety cannot divulge information when investigations are still ongoing with the help of the Greencastle Police Department and the Federal Bureau of Investigation (FBI).

“I pray that someone comes forward” said Shrewsbury. “Everyone is working diligently in an attempt to find out who’s doing this.”