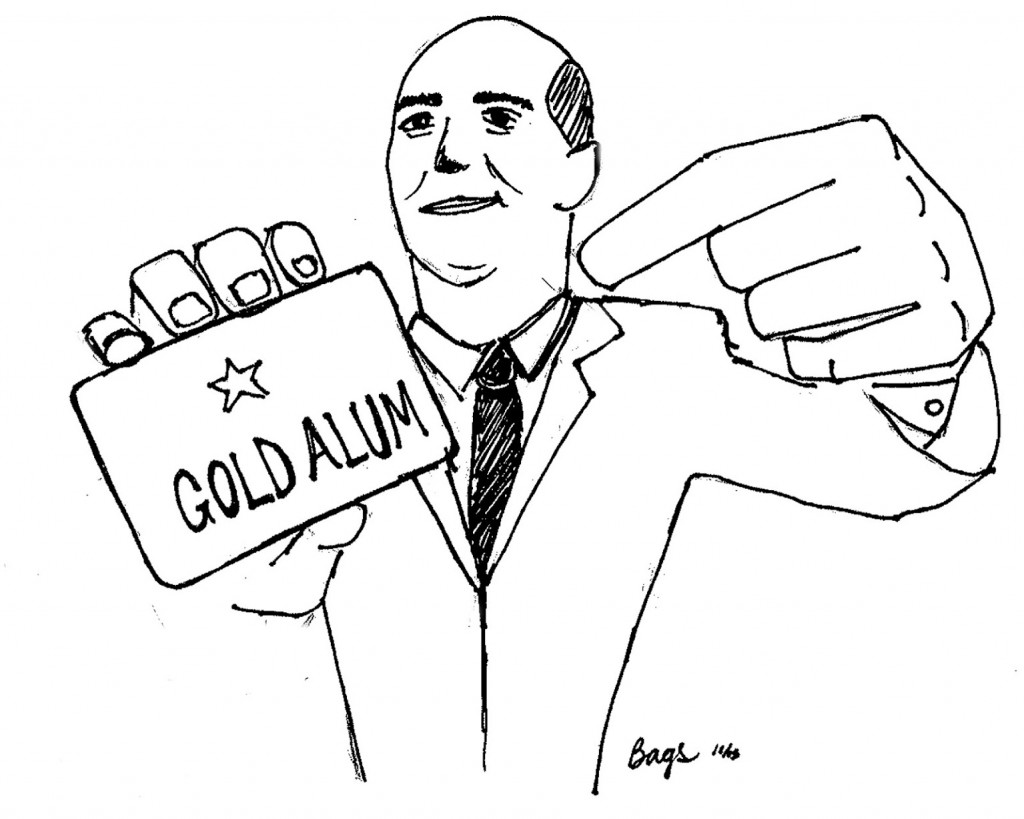 Despite a tough loss to Wabash this past weekend, DePauw University did win nearly $200,000 from alumni donations last Wednesday. Graduate classes from the last decade (2006-2015) were encouraged to donate on Nov. 11 for the sixth year of the GOLD Challenge.

“It’s such an exciting 24 hours,” she said. “Our alumni are getting excited about the tradition of the [GOLD] Challenge.”

In light of this academic year being his final one at DePauw, President Brian Casey collaborated with former and current board chairs to raise the bar for the 2015 GOLD Challenge, Bowers explained. According to DePauw’s website, this team aimed to present “a historic opportunity for the GOLD Challenge—$100,000 to engage 1,000 GOLD alumni donors in 24 hours.”

Casey and his team incentivized potential GOLD alumni to donate by working with specific alumni who pledged large donations if Challenge milestones were met.

According to DePauw’s website, 1,030 alumni contributed to this year’s Challenge, which unlocked “$152,500 in additional matching funds.”

Bowers said roughly $40,000 in donations came in from GOLD alumni, but the official amount of money raised is still being determined.

“We are in the validation stages of the gift processing,” Bowers said.

In an interview with President Casey on Nov. 11, he said, “we’re at just about $240 million. That’s about where we’re reporting. I suspect we’ll see some gifts at the end of the year. The DePauw Trust is now at the two-thirds mark, about $65 million of $100 million goal.”

Fundraising for building projects is essentially done, Casey explained. He wanted to emphasize the fact that the operating budget was not used to fund these projects, and that alumni donations exclusively helped fund them.

The fall months have begun to wither away into winter weather, bringing Casey’s final semester that much closer. His schedule is packed as ever as he tries to help DePauw as much as possible before he takes to Colgate next fall.

“Can I, before I leave, get us nicely north of $250 million for a $300 million campaign?” asked Casey of himself. “If I can do that, then we’re definitely in the home stretch, and we’ll succeed."

In order to continue with the campaign Casey said, "I have a wall of trips lined up through the holidays [for fundraising].”