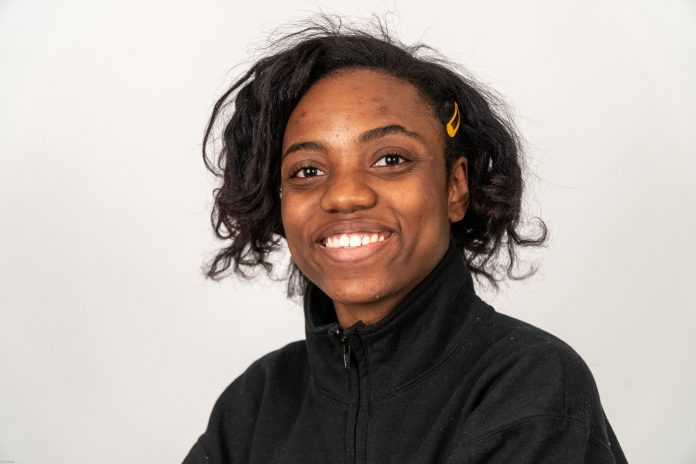 With Halloween on a Sunday this year, you can unwind and finish off the spooky season with your collection of spooky movies, whether these movies feature your favorite horror scary movie such as “Scream” or a more lighthearted take such as “Halloweentown.” Here are my top five suggestions.

Last year, I, the girl once scared of everything, watched Disney Halloween movies after watching a host of horror movies in 2019 stripping me of my self-proclaimed title. This year, I decided to bring my favorite spooky animated classics into this series. Here are my top five.

If you’re a fan of exploring the unknown and aesthetically pleasing colored animation, “Coraline” is one of the best options for you this Halloween season.

“Coraline” follows young Coraline Jones who is struggling to adapt to her new home in Pink Palace Apartments in sleepy Ashland, Oregon. Between her workaholic parents and the interesting characters she meets along the way, Coraline discovers a secret door leading into a new world that alternately mirrors her own, but is in many ways better. She is excited by her new discovery until the Other Mother and the rest of the parallel family want to keep her there forever. Coraline must use all of her resources and bravery to save her actual family. “Coraline” is an animated must-see for this spooky season, from its host of interesting characters that we are introduced to in the beginning of the film to the epic stand-off between Coraline and the Other Mother.

If you’re a fan of creepy next-door neighbors and houses known for attacking children, “Monster House” is an interesting option for you this Halloween season.

“Monster House” follows the quest of three children who must battle with a mysterious home in their suburban neighborhood. As Halloween night approaches, Chowder is discussing with DJ about the costumes he’ll wear on the big day, but DJ is preoccupied with other things… Specifically, his cranky neighbor, Mr. Nebbercracker, who bolts from his rickety, old house to chase children off his property and take their toys. After DJ retrieves a basketball from Mr. Nebbercracker’s lawn, the old man accosts him and promptly keels over. Once the house sees its caretaker carted off, it becomes seething with anger and plots its revenge to eat all the trick-or-treaters on Halloween night. In turn, DJ and his friends, Chowder and Jenny, must intervene and plan to stop the house’s evil plot on Halloween night. “Monster House” will truly be a thrill ride for your Halloween night.

If you’re a fan of the main-character-seeing-dead-people trope and deep dark histories of old creepy towns, “Paranorman” will be a good watch for you this Halloween.

“Paranorman” follows young Norman Babcock, who has the ability to speak with the dead and often prefers their company much more than the living. After receiving word from his strange uncle, Uncle Prenderghast, that the centuries-old witch’s curse on their town is real and about to come true, Norman has the responsibility to prevent this curse from endangering the town and must summon all his courage to push his paranormal abilities to save his fellow townspeople. From its spooky undertones with zombies crawling from their graves and the light-hearted one-liners from Norman here and there, “Paranorman” is a great watch to end your spooky season.

“Scooby-Doo! and the Witch’s Ghost”

If you have a love for storylines about witches and an interest in horror literature, you will absolutely enjoy watching “Scooby-Doo! and the Witch’s Ghost” this October.

“Scooby-Doo! and the Witch’s Ghost” follows Scooby-Doo and the Mystery Gang to Oakhaven, Massachusetts for Autumn Fest by invitation from Velma’s favorite horror writer, Ben Ravencroft, in the course of solving a mystery. Upon their arrival, they find the town converted into a tourist attraction by Mayor Corey, with 17th-century replicas based on the ghost of Sarah Ravencroft, an ancestor of Ben’s who was persecuted as a witch and was in turn executed by the Puritan townspeople in 1657. As the town becomes more spooky, the Mystery Gang must find a way to stop Sarah Ravencroft from taking over the town. From the music from the Hex Girls to the enticing mystery unraveling in the town, “Scooby-Doo! and the Witch’s Ghost” is a great pick for the Halloween season.

If you have a previous affinity for this 60s cartoon and absolutely love for the iconic Mystery Gang, “Scooby-Doo on Zombie Island” will be a perfect watch for the end of this spooky season.“Scooby-Doo on Zombie Island” follows Scooby and Mystery Gang in the search for mysteries and adventure after years of unmasking fake ghosts. After a year-long hiatus, the Mystery Gang are back together and established in new careers, including Daphne being a reporter. For Daphne’s birthday, Fred invites the whole gang to join their trip to Louisiana for Daphne’s television show. There, they meet Lena Durpree, who takes them to Moonscar Island in the hopes of encountering a real ghost. Things become a little too creepy and the gang finds themselves caught between vicious werecats and zombies led by the ghost of Moonscar the Pirate.