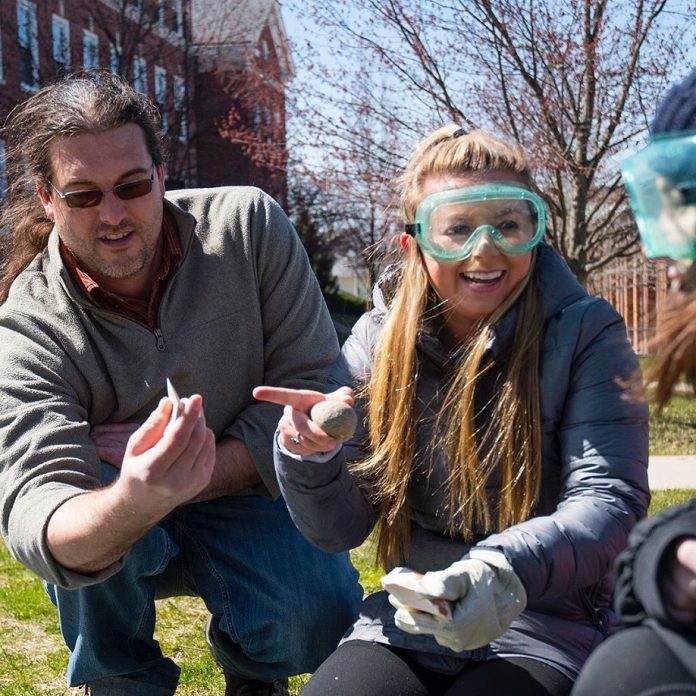 Senior Sophie Hensley said the sole reason she decided to choose anthropology as her major was because of the impact professor Clark Sage had on her as a first-year student.

Sage is a part of the anthropology department—which was recently ranked as the top influential department at DePauw by Academic Influence using a new method that measures faculty and alumni influence on students.

Academic Influence is a data-analytics company that focuses on objective, influence-based rankings within higher education. They identified the top 50 liberal arts colleges in the U.S. to rank their “concentrated influence” based upon the institution’s top academic influencers, placing DePauw at 35th. 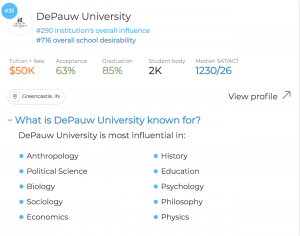 Academic Influence uses their “InfluenceRanking Engine” to score faculty and institutions based on a variety of factors including data on academic achievement and merit and their disciplines.

Last semester, Hensley found out that there was a possibility the administration was not going to renew Sage’s contract. After hearing this news, she created a petition to the administration to show how many students and alumni have been influenced by Sage.

“Any student who has been enrolled in Sage’s courses understands his outstanding character and depth of knowledge about anthropology,” Hensley wrote in the petition. “Clark Sage understands that knowledge serves values, and he strives to put these two—knowledge and values—into constant dialogue with each other in each class.”

The petition received 355 signatures and included several quotes from students about the impact Sage has had on them and their education.

Sage said he did not tell his students that he may not be coming back to DePauw until they began inquiring about what courses he would be teaching for the Spring semester. After that, the news “spread very rapidly,” Sage said.

Sage’s students asked what they could do, but Sage said he didn’t believe that was right to ask his students to do anything. However, that didn’t stop Hensley from creating the petition.

“It's made me cry multiple times,” Sage said about the petition. “I couldn't have asked for a better letter of recommendation than what students did.”

According to Sage, he also received support from his fellow colleagues in his department. “My colleagues in the department are amazing, and I know that they treat their students the same way I do,” he said.

Sage is currently teaching classes this semester and received one of the two positions as a Posse mentor. The details of his new contract are still being worked out, but Sage said it will likely be an extension or renewal.

“My colleagues do remarkable work,” Rahman said. “They have regularly made appearances in and had their research discussed in national media and have published their articles in prestigious journals and written books in their areas of expertise.”

Rahman also highlighted the strong commitment the political science faculty has to undergraduate research. “Our students have presented their original research at prestigious national political science conferences and gone on to top graduate programs in the United States and abroad,” Rahman said.

Vice President of Academic Affairs Dave Berque said that what sets DePauw faculty apart from other institutions is their commitment to both their teaching and academic pursuits. “Our faculty see teaching and scholarly work as synergistic not competitive,” Berque said.