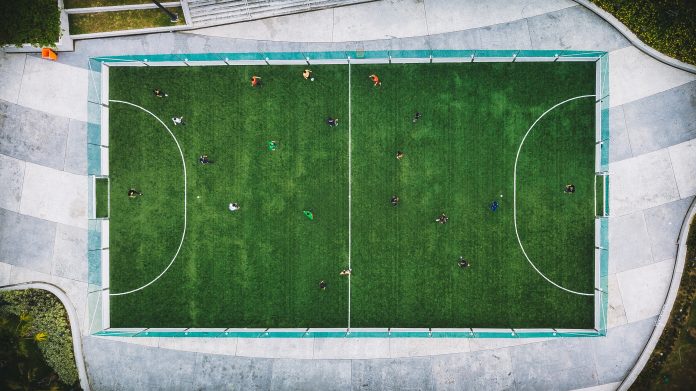 Senior soccer player Bridget Brendza spent her last soccer season at DePauw debating whether or not she wanted to quit. “I’ve never hated playing soccer, but after being coached by him, I was just done,” Brendza said. Mind games and lack of respect are reasons why her final season did not play out the way she wanted.

The relationship between male coaches and female athletes is complicated. The recent emergence of stories like USA Gymnastics’ Dr. Larry Nassar and USA Swimming is beginning to redefine how some coaches and trainers interact with athletes.

In a survey conducted by The DePauw asking female athletes to describe their relationships with their male coaches throughout their athletic careers, eighty percent of respondents said they never quit their sport because of a male coach, compared to 14.3 percent who had. Other respondents mentioned they wanted to quit but did not want to give up the sport they loved.

The responses were divided down the middle for experiencing emotional abuse. This includes name-calling, blaming or shaming players for their performance, belittlement and being singled out for punishments.

More than 90 percent of respondents answered no to experiencing physical abuse from their male coaches. Physical abuse included hitting in all forms, kicking and sexual assault.

First-year volleyball player Allyson Low credited her first-year high school volleyball coach for her love of playing volleyball. “He was really positive, and if he told someone to fix something, he would bring it back with three compliments about things they were doing well,” Low said. “I feel like this [being positive is] really important for female athletes because we’re a lot more in our heads.”

Rather than calling individual athletes out and criticizing their game, both Brendza and sophomore lacrosse player Kate Flynn felt positivity and constructive criticism could go a long way. “I don’t think male coaches understand the emotional toll it takes on you when you’re constantly being yelled at,” Brendza said. “I think women coaches have a better understanding of how women think, how they behave and how they respond to different types of coaching.”

Flynn talked about her own preference for female coaches over male coaches, as they are more approachable. “It’s almost like having an automatic role model, someone you can relate to and look up to in other aspects than just the sport you’re playing which is important for building relationships,” Flynn said.

At age 13, Flynn developed a preference for female coaches after a negative experience with her male middle school soccer coach. Only two years later, he added her on social media and asked her on a date. “I was like, ‘This is the most uncomfortable and inappropriate thing that has ever happened to me,’” Flynn said.

Head Men’s and Women’s Cross Country and Track Coach Kori Stoffregen said male coaches may treat female athletes differently but to him, it is more about the individual’s effort level. “I think every coach is trying to get the best out of that player,” Stoffregen said. “Someone who’s giving everything they can, whether they’re a guy or girl, will get my full attention compared to an athlete that is just going through the motions.”

Brendza spent most of her college soccer career with a female coach. Her senior year, the assistant coach, a man, stepped into the interim head coach role, which she felt went to his head. “I just felt that he was on a huge power trip,” Brendza said. “Everything he did was either aggressive or it was his way or the highway.”

Having spent her sophomore and junior year starting almost every game, Brendza was upset after being benched for the second game of her senior season. “After the first game, he didn’t like what had happened and didn’t bother to explain it, so he benched the girls he thought didn’t play well,” Brendza said.

Stoffregen believes coaches are acting with greater caution and attentiveness in light of the Dr. Larry Nassar trials.

“You do think twice before that celebratory hug or something with a female, and even male as well,” Stoffregen said. “Unfortunately, there is a bubble now with coaches and athletes.”