One app. One caucus. One huge disaster. The Iowa caucus that took place Monday night exemplified the perils of technology creeping into voting processes in the United States. An app commissioned by the Iowa Democratic Party completely failed and delayed Caucus results by “almost an entire day,” according to an article from techcrunch.com.

Although this app was created in order to get caucus results out in a timely manner, it still leads to the ongoing debate over what role technology should have in the United States’ voting process. Despite the backlash that has resulted from the app failure, this should not be a means to completely give up on technology and its role in the voting process.

Technology can be extremely useful in the voting process, despite the possible security concerns it presents, such as: hacking, fraud and electronic failures.

One of the most prominent uses of technology in the voting process is electronic voting. Electronic voting has been linked to higher voter turnout and  greater accessibility.

These links come from a study by Anthony Fowler, associate professor at University of Chicago, who found that when individuals were given an alternative mobile app method of voting, they were more likely to request and complete a ballot.

Fowler’s findings show a link between accessibility, technology and higher voter turnout. This link is a reason to not completely dismiss technology’s role in the election process.

By integrating technology into our election process in the form of a paperless voting option, more people who are eligible to vote may be able to take part in the prominent democratic process of voting.

One technological failure should not dictate our support or opposition to technology’s role in the election process. If anything, we should learn from mistakes such as the app failure on Monday night in order to create a more secure means of integrating technology into our voting system. 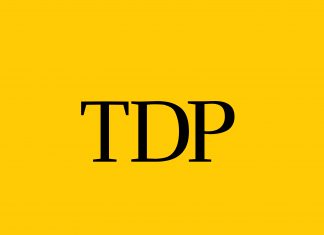 Quarantine Reviews with Jack: Revenge of the Sith

Quarantine Reviews with Jack: Attack of the Clones