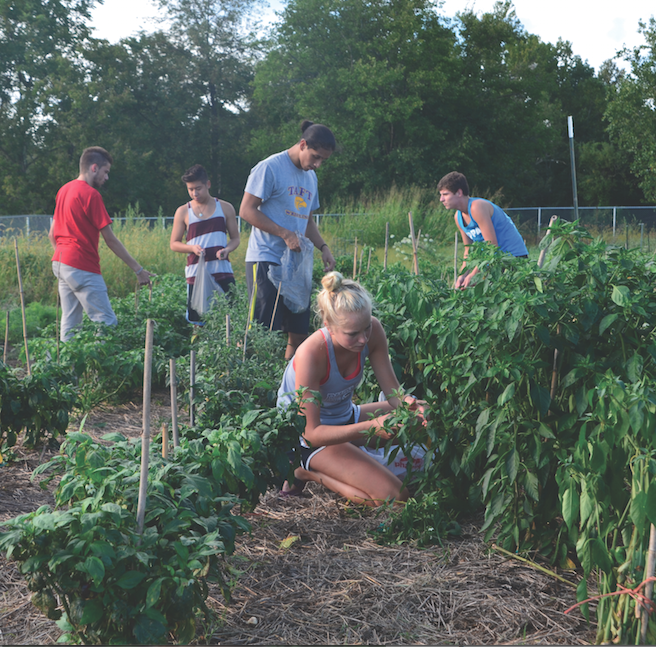 Dirt crumbles through Paul Watts’s fingers as he finagles a ghost pepper off the vine. This is only Watts’ second week working at DePauw University's campus farm, but he is already boasting about its benefits.

The campus farm started last year with a $20,000 grant from DePauw’s board of trustees and broke the earth 500 yards from the Janet Prindle Institute for Ethics.  The campus farm contracted Bon Appetit, DePauw's dining service, to buy almost all the fruit and vegetables it grows. Left over food is donated to the Greencastle, Indiana food pantry.

The Office of Sustainability has made an effort to get clubs, sports teams and students to take interest in the farm, which grows nearly 100 different types of vegetables.

“Last year we got about 300 students out there," said Anthony Baratta, director of sustainability. "I want to get 500 out there this semester.” 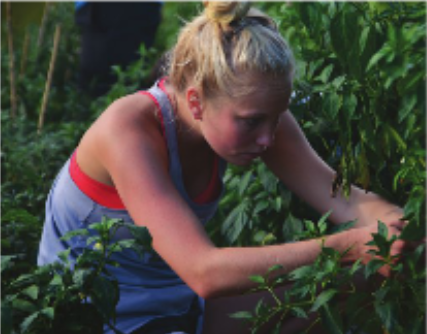 To draw in students, the farm will host a campus farm dinner on Oct. 1 for 150 people. Tickets for the dinner will go on sale soon. The farm will also host several different student clubs and teams to come out for a service experience. Open volunteer hours are Tuesdays and Wednesdays from 6 p.m. to 8 p.m.

Last year, the farm produced over 5,500 pounds of food from the three-quarter acre of ground students planted. Baratta said this year is shaping up to be just as successful, if not more so since a full acre was planted.

The art department donated a sign in August that now stands outside of the main entrance to the farm, and fruit trees and a beehive made up another addition.

“I think that the office of sustainability in general is just an invaluable resource,” Watts said. “I don’t think a lot of schools have this, showing that DePauw is willing to allocate money and resources in order to support sustainable living in a tangible way to the students. It’s a very, very cool thing.”