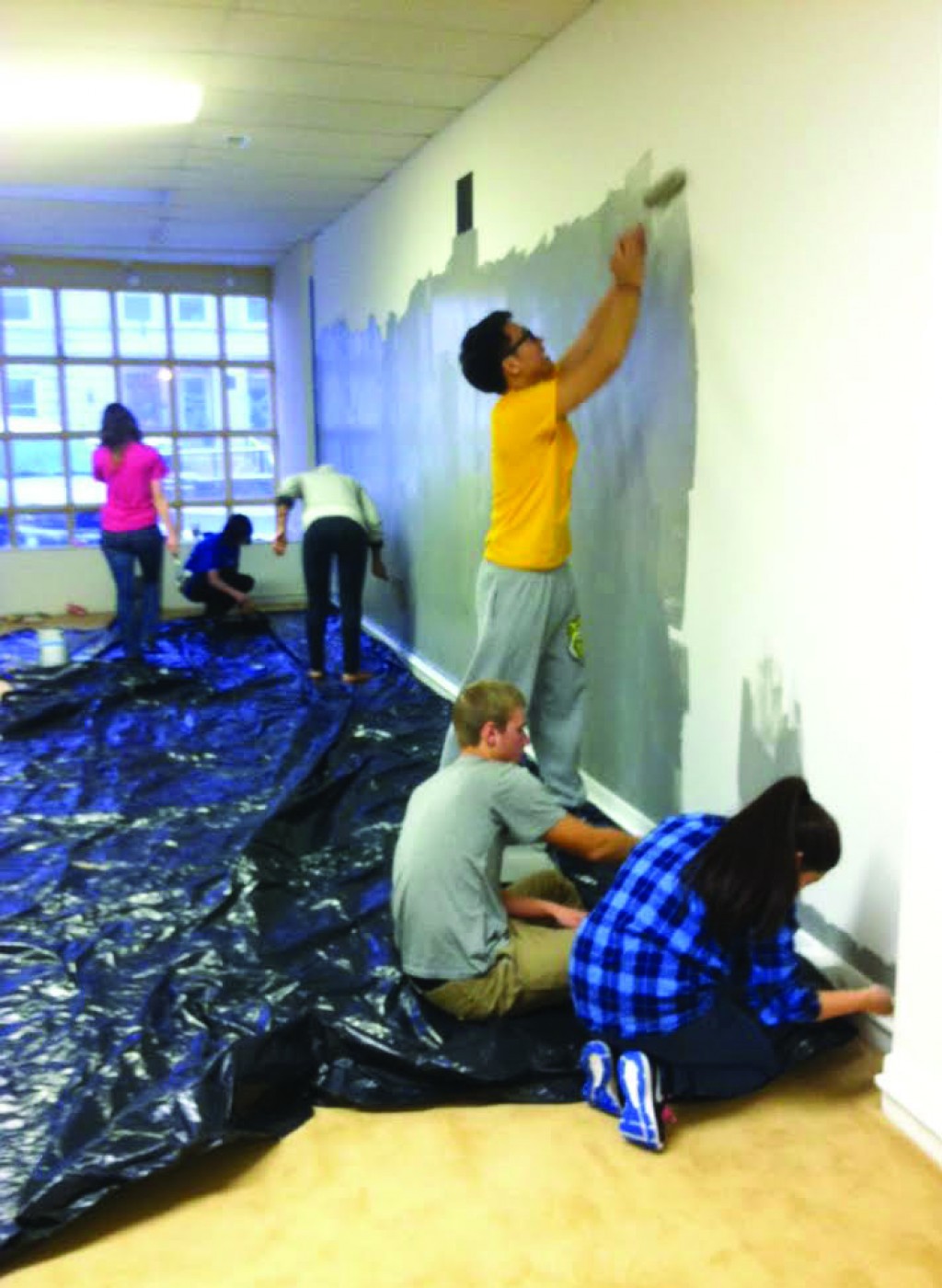 What started last year as a Tuesday night Bible study has grown to become its own potential space for the community.

Senior Hope Jordan and a board of seven other students are starting a non-profit, Bagos Inc., and have signed a lease for a place on Indiana Street. They hope to offer coffee and bagels for a suggested donation, as well as provide a space for the arts in the community, both Greencastle and DePauw University.

Bagos has evolved from weekly Christian meetings started last year. Jordan, president of Bagos, started Coffee and Christ in her campus residence, affectionately called the “Big Blue House.” Each Tuesday, students meet and talk about the Bible and Christianity in the context of living on a college campus.

“The thing that’s really been neat about Coffee and Christ is just the genuine atmosphere; genuine, no nonsense, not trying to be cool atmosphere,” Jordan said.

With Coffee and Christ’s growing popularity, Jordan and others had begun putting mattresses on the floor in order to have enough seating. Last Tuesday’s meeting, which was held in Warne Hall, saw 49 students attend.

On Sunday, student volunteers began painting their newly leased space, and on Monday they carried in donated furniture and started to move in.

The Bagos board originally wrote a business plan in August, and began looking into potential locations then. They thought they had a space, but it was taking too long.

“We found this space a week and a half ago, and we signed the lease last week so if things are a little jumbled because we’ve kind of just had to roll with it,” said Jordan. “Now that we have a space we can organize ourselves more.”

In line with their mission of incorporating the arts, donated work from local photographer Brittney Way and paintings from Bloomington artist Ben Pines. If purchased, the profit goes back into Bagos. The students would love fro DePauw student artists to donate work as well.

“Because it’s so centrally located I think we’re sort of hoping, at least from an arts perspective, that it can be a bridge between DePauw and the Greencastle community,” said senior Stefanie Pavlick, Bagos’ special events coordinator.

Bagos has been working with the DePauw University Student Arts Council and the Greencastle Art Council to provide a space for them to perform and display their work.

“We also want to allow them to use this space and maybe even have art classes or whatever they hope to create,” said Jordan. 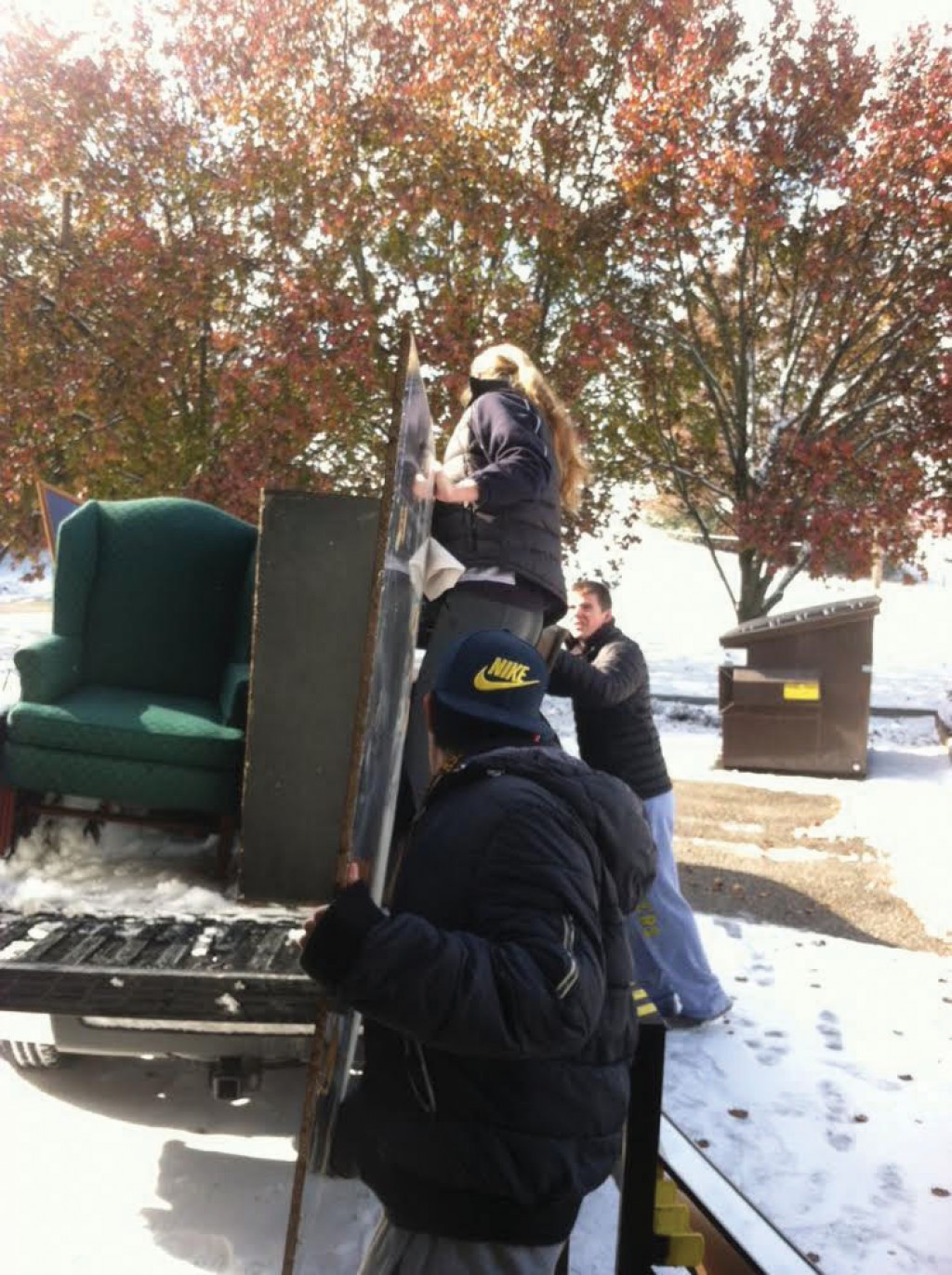 Holtfreter emphasized that its status as a nonprofit means it will require support from the outside.

First-year management fellow Grant Potts has been working to file Bagos as a nonprofit. He first had to file Bagos, Inc. as an entity with the state. While getting declared a nonprofit can take up to a year, the students are using a more streamlined process available to smaller businesses that Potts hopes will take three weeks to a month.

As a nonprofit, donations to Bagos would be tax exempt, and people would be more willing to help fund their venture beyond some of their small initial donations, as they are still in the start-up phase. They are publicizing using their Facebook page, word of mouth and their newly started website. They are also gathering donations via GoFundMe, a crowdsourcing webite, and personal donations directly to them.

“It’s been wild. It’s been a learning experience," Jordan said. "We have gotten an entire education on top of our education."