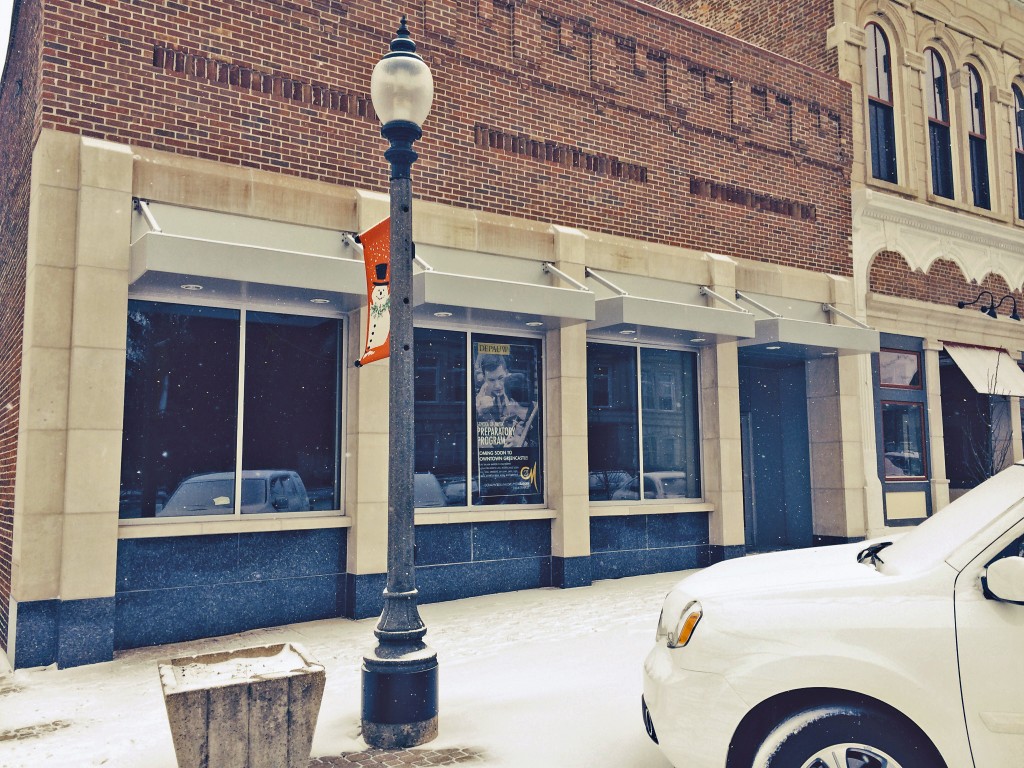 Change is in the air for the School of Music. As part of the 21st Centruy Musician Initiative, the School of Music is planning to move into a vacant building in downtown Greencastle to strengthen DePauw University’s musical ties with the community.

“The building will be a space for performances, class gatherings, special events, practicing and preparatory department teaching,” said Bonnie Whiting, part-time assistant professor of music in percussion. “We also hope that this presence in the square will encourage more people to get downtown and patronize local businesses.”

For those not familiar with the 21st Century Musician Initiative, the program is seen as a “complete re-imagining of the skills, tools and experiences necessary to create musicians of the future instead of the past.”

Scott Perkins, who teaches music theory and composition in the School of Music, agreed with Whiting about the importance about reaching out to Greencastle.

“Community outreach is essential,” said Perkins. “Having more of a presence on the square and away from [the GCPA] for community members can be only a good thing.”

“[The program] is an excellent program, and word needs to get out even more about it,” said Paré. “School of music students teach in it, as well as faculty, like myself… [The building] is a more centralized location.”

Although Paré is not greatly involved in the current project downtown, she supports the 21st Century Musician Initiative and what it does for students.

“I think it’s great because it is making the students be more marketable and teaching them how to network…and to be able to do many things, not just one,” said Paré.

Having an open venue in downtown Greencastle could serve as a possible opportunity for students to develop these skills.

But in terms of lessons and performances opportunities, School of Music students won’t be the only young musicians benefiting from this expansion.

“One thing we hope to build is a string pedagogy program for K-12 students in Greencastle…something the community does not have yet,” said Whiting. “We envision programs like this that fill holes in Putnam County’s arts and education programs so…we can ensure the growth is right for the whole community, not just DePauw.”

In the midst of winter, the building sits empty, bearing only a DePauw advertisement in one of its windows. But its only a matter of time before downtown Greencastle gets a taste of what the School of Music has to offer.

“As an alternative and informal performance space we think it will provide an exciting additional venue for the community and the School,” said Dean Mark McCoy. “We believe it will have many benefits.”

Although there are still details to be worked out, the building is expected to open this coming summer.