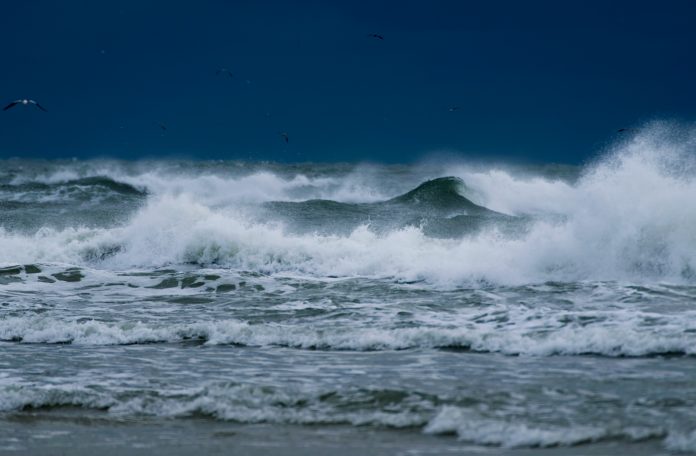 The impact of deadly Hurricane Florence has not only affected residents of Virginia, North Carolina and South Carolina, but has also had a direct impact on Junior DePauw University student Suzette Hartsfield.

Florence is only one hurricane included on the list of 2018 Atlantic Hurricanes, but with the name “the storm of a lifetime” according to the National Weather Service, Hurricane Florence definitely made an impact.

According to ABC 7 News, Hurricane Florence’s death toll in North Carolina is 35. The last death toll reported by CBS news was nine in South Carolina and two in Virginia. The first known deaths occured in Wilmington, North Carolina after a tree fell on the home of a family of three, according to CNN. The father of that family was taken to a local hospital, and the mother and her infant daughter were pronounced dead on the scene.

Hartsfield is a Vocal Performance Major from Wilmington, North Carolina. Hartsfield said she became aware of Hurricane Florence about a week prior to it hitting her hometown. However, with everything she had going on as a DePauw student, she didn’t originally understand the extent of the hurricane.

Hartfield also shares that Wilmington is no stranger to hurricanes, usually at the Category 1 and 2 level, which was why her family had a more relatively relaxed attitude when they were first notified about the hurricane as well.

It wasn’t until Hartsfield received a call from her sister that a sense of alarm developed.

“My sister called me while I was at dinner and she was freaking out. She told me on the phone it was supposed to be a Category 4 hurricane, which was really scary,”said Hartsfield. “Putting that into context, Hurricane Katrina was a Category 5. There’s only that one point of difference.”

Hartsfield goes on to share that while on the phone she learned that although both her sisters decided to leave their home in Wilmington in light of the hurricane, her parents and both sets of grandparents did not.

Hartsfield believes that her grandparents’ decision to stay in the home derived from old age and the sense of comfort provided by their home. Hartsfield’s father is a general manager at a railroad and his position required him to stay even when Hurricane Florence was expected to hit.

Both of Hartsfield’s sisters decided to talk to their parents about their decision to stay in the home despite the unavoidable danger of their decision.

“I called my mom up to ask her about what was going on and why they weren’t leaving. I wanted to tell her my perspective on what I thought they should do. And I told her just know if something does happen, I love you and dad a lot,” she said.

Despite the tremendous concern Hartsfield felt for her family in the days leading up to the hurricane’s arrival, when Hurricane Florence did finally arrive her family was safe.

Hartsfield said the damage her family experienced came in the form of flooding and fallen trees. Also, Hartsfield shared that her family home is located on a hill so they didn’t even get as much flooding as other families in the town.

From viewing social media, Hartsfield has observed community groups, churches and individuals in her community coming together and working to fix the damage from Hurricane Florence.

When talking about the efforts of the people in her community Hartsfield says, “It really has just been common people getting together and doing this work. That really tells you what the common person is capable of.”

Wilmington, North Carolina is not the only location dealing with the aftereffects of Hurricane Florence. Virginia and South Carolina in particular are expected to continue to receive severe flooding and are preparing for more to come.