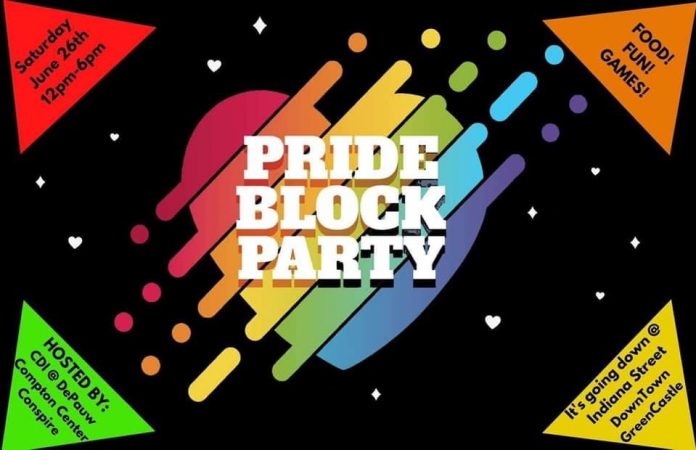 A Reflection on Pride

June is Pride Month- 30 days intended to raise awareness about the LGBTQ+ community, the struggles they have faced, the progress that has been made, and ongoing opportunities to address persisting social issues.

Pride is celebrated during the month of June in honour of the Stonewall Riots, which took place on June 28, 1969. The first official Pride occured the following year, as members of the LGBTQ+ community honored the anniversary of Stonewall, bringing attention to the oppression people continued to face.

Several DePauw students who are members of the LGBTQ+ community took time to reflect on their interpretations of Pride and offer feedback on some helpful and harmful aspects of the University.

For sophomore Moe Kennedy, Pride month is a chance to show gratitude to older generations of the community who had made the open celebrations possible while further critiquing current social structures. “I think that people shouldn’t forget our political, social, and historical roots. Pride shouldn’t only be a celebration, it should still be a fight for political causes, and we’re still fighting for equality, and we’re still fighting for even basic rights for transgender people,” Kennedy said. “Our rights are still being infringed upon and legislation is still pushing back against us. I think the queer community needs to unite, not just in our pride, but in our fight for each other.”

Junior Sam Kpedi reflects on the meaning of Pride and the importance of honoring the history associated with it. “It means that even for a second, a week, a month, a year, I can actually be not scared, not living in fear of who says what, who’s going to do what.” Kpedi defines Pride as “a group of people who actually want to see each other thrive, and be happy, and celebrate identities.”

Although Pride is often seen as a celebration due to the festivals, parades, and technicolored memorabilia, there are many members of the LGBTQ+ community who struggle to feel comfortable finding their place in the festivities.

Each year when Pride rolls around, senior Sarah Shapard feels a sense of isolation rather than inclusion. She struggles to feel proud of her identity as an aromantic-asexual (aroace) individual. “I don’t really feel proud of it; I feel very frustrated, and lonely, and not supported.” Shapard hopes that this feeling will improve in the future. “Even if I don’t feel particularly proud, if there’s other people that are aroace, I want them to have a space.”

Celebrating Pride and identity at DePauw and within the Greencastle community can be challenging for some members of the student body due to the change in location and being away from their home. LGBTQ+ students express a struggle to adapt to figure out what is accepted and safe within the college environment.

Kennedy, Shapard, and Kpedi share critiques of several current structures at DePauw and ways to make changes to create a more inclusive and welcoming environment.

Kennedy suggested the campus should work on addressing the binary language often present in classrooms. They noted that some professors were asking for pronouns at the beginning of class and wished that it was more widespread. “That was really nice for me because I use they/them pronouns, so it’s kind of alienating when I’m the only one that puts their pronouns on their Zoom or writes about their identity in that way.” Having professors initiate that conversation took some of the pressure off them, and they believe that the DePauw community can be more mindful of language to better support students in the LGBTQ+ community.

Kennedy also described the visibility of professors who were open about LGBTQ+ identities on campus and the effect it had on them. “I already met a handful of faculty and staff who are openly queer in some way. Being able to have role models in professors that would, like, talk about their pronouns or their partners… it was really cool to see people who were established and able to be out and proud of their identities,” Kennedy said. “And it gave me a lot of hope, as a young queer person, that I could be openly, proudly queer and be successful because these are people working at a really nice university being able to authentically themselves.”

Many DePauw students from the LGBTQ+ community are not part of student-led groups. Shapard said that she had been part of a group her freshman year, but the group had since disbanded, and she hadn’t found a group that fit her since.

Shapard described feelings of isolation from other members of the LGBTQ+ community as an aroace student. “The places that I am in that are LGBT-themed are, like, not built for me, or people talk about things that don’t really reflect my experience. It’s mostly about relationships that people are getting into.”

After DePauw Dialogue in the spring of 2021, a GroupMe group chat was created for the DePauw LGBTQ+ community, which Shapard felt was a really positive move, though she wondered how much the chat had been promoted to other people.

Kpedi explained, “You have to know someone to get the inside on what it’s like.” Kpedi also referenced the creation of the group chat as something he appreciated. He said that more official events like DePauw Dialogue could help improve some of the issues on the campus.

Kennedy, who attended “some general interest meetings” for LGBTQ+ student groups, did attribute part of their difficulty getting into the community to COVID-19 and the lack of events to participate in this past year.

Both Shapard and Kennedy expressed interest in creating or expanding student LGBTQ+ groups at DePauw, both to be more inclusive of or targeted towards specific identities or to make LGBTQ+ communities more visible and more accessible to students who are looking for them.

Several DePauw students expressed a desire for more inclusion in sororities and fraternities on campus, noting that many Greek Life traditions are heteronormative and can be isolating for LGBTQ+ members of the chapter. “Some fraternities are very selective about which members get in, and some people in fraternities don’t feel like it’s a safe environment to come out,” Kpedi, a member of Sigma Nu, said.

“I feel like the sorority/fraternity community is not necessarily built for the LGBT community,” Shapard, a member of Delta Gamma, said. “There are some of us that are a part of that community in sororities, but there are sorority-themed traditions that are about getting together with fraternity guys in a way that’s seen as more special or more valuable, and it can get really uncomfortable.”

DePauw University currently has two LGBTQ+-focused student groups: House of Opulence and Prism. Additional support is provided by the Center for Diversity and Inclusion (CDI) and the Women’s Center.

Though most students are off-campus for the summer, there are Pride events for those in Greencastle.

Pride Block Party is scheduled for June 26 and will run from 12:00 p.m. -- 6:00 p.m. The event is being hosted by the CDI, the Compton Center for Peace and Justice, and Conspire -- a Greencastle store that also focuses on community building. At Indiana Street, in Greencastle’s downtown, food and games will be available for participants.

Putnam Pride Initiative, a group that “educates and builds bridges of awareness, acceptance, and support for the LGBTQ+ community and their allies in Putnam County, Indiana,” according to their website, also has a list of local Pride events the organization will attend.