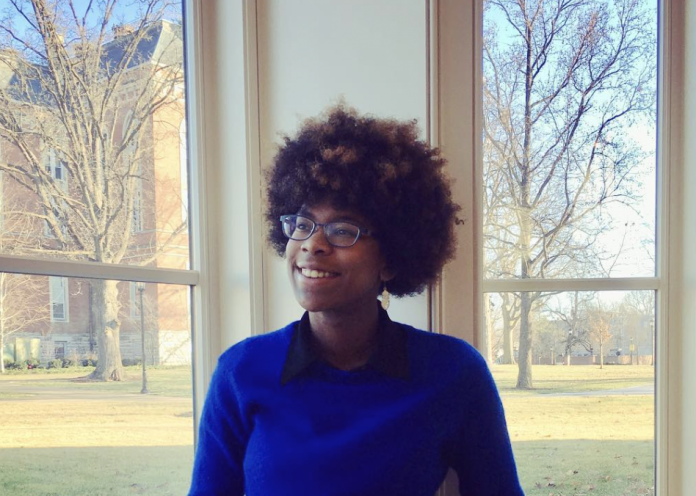 Culture shock is the feeling of disorientation experienced by someone who is thrust into an unfamiliar way of life. People come to DePauw from many places across the country and around the world. To help unravel the phenomenon at DePauw, I decided to talk to Junior Jazmine Kers. Kers is from the Bronx, New York City, and she talked about her experience with culture shock as a DePauw Student.

What is culture shock to you?

[It’s] Being thrown off balance from the norms that you know. People are so friendly here. Like when people used to come up to me and wave “hi,” I thought they wanted money or something. You’re really completely thrown off kilter. And maybe it’s not a huge thing, just someone saying hi to you, but it makes you reevaluate: why do I do the things I do? A lot of people don’t have to think about that. So, you’re stuck questioning every single aspect of your life. And some people just like going to class and having a great time. It is monumental, I guess. I also think culture shock, it’s important though, because it allows you to define what really matters to you. Yes, you’re comfortable in your culture, but comfort doesn’t always cause growth.

How was your schooling experience and how does that differ from DePauw?

I went to public school in the Bronx. New York City Schools are underfunded classically. My school was actually not that bad because I was in the richer neighborhood in the Bronx. So it wasn’t like, affluent Jewish community, but you know, I’ll take the bus. My school  kind of gassed my head there. ‘You’re ready because I took every AP course they offered, and I did all the science and math and I did drama. I was like, I’m a well-rounded person. And I came here I was like, I don’t know anything. I remember being the top of my class and English. And I came here, and I could only get B- ‘s on every single paper, no matter how much work I put into it. And then, like, damn, do I have the tools? Should I really be in this space? I got a lot of academic insecurity.

As a first-year, Kers had some struggles adjusting to DePauw when she first arrived on campus.

What was your experience when you first came to DePauw?

It was a lot of acclimation because I’m not from the Midwest. The slower culture everyone being friendly I’m like get on my face like I got work to do. I had to put on a whole new mask than the one I developed in high school and become more friendly and more outgoing, when before it was just like, ‘does she do her work? Ok, check bye’. Now it’s like, ‘She does her work great but like what did you do to be nice to people’ I also had to learn how to advocate for myself because I got really sick first year and I had to explain to my teachers ‘I’m not like failing because I’m dumb. I’m failing because I can’t make it to class’.

What’s your experience at DePauw now?

I think that DePauw’s growing on me. I think that I’m trying my best as an upperclassman to make it a home. Because I know that not having hope is really contagious and really detrimental to underclassmen, because the people above me used to be like DePauw’s s— is for the birds. Can we stop with the bashing, but I have to stay here three more years. I think that I’m trying my best. I’m putting my work where I see the most benefits. I think that it’s really important to keep hope alive on a campus where there are so many, like, changes happening all the time something that’s really stable, it’s like hope and like finding joy in small places and community and things like that. And that’s what I’ve tried to strive for now. So, I think that while I was struggling my first year, I still struggle now. But I come from a place of knowledge and I’ve gotten through it before. I think it gets better, it gets worse. But it does get better.