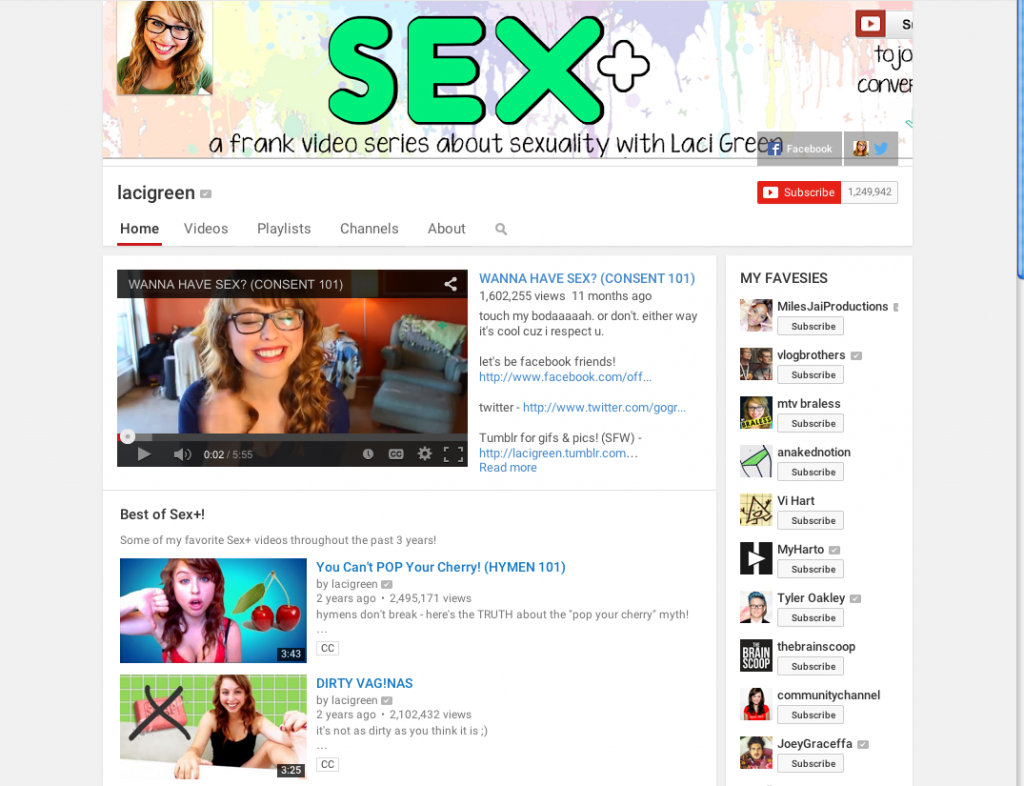 The student organization Code T.E.A.L. will welcome a YouTube star to campus later this spring. Laci Green, who describes her online channel as “a frank video series on sexuality,” will serve as the primary speaker for the upcoming Code T.E.A.L. week in April.

“Code T.E.A.L. is an organization that works to educate students on campus about sexual assault and make it preventative through education. Also, we support survivors of sexual violence,” says sophomore Claire Halffield, co-leader of the organization. “Laci Green is fun and gets people’s attention yet she is still powerful in her message. I think that is something that is important to have with causes that may sound somber or always like a downer.”

Laci Green has been posting videos on her “Sex+” series for six years and has accumulated more than 96 million total views on her videos, according to YouTube.

“She’s pretty famous on YouTube, a lot of people know who she is.” says Christina Seung, a member of Code T.E.A.L. “She is really informative on issues like consent and sex positivity. We figured it would be a good idea to bring her, because she’d go more in depth on stuff that we try to talk about, but it would be more entertaining. She would give a twist on it”.

The videos on Green’s channel range from “Does Sexism Hurt Men?” to “Finding Sexual Confidence” to “Interracial [Couples].”

Seung adds, “She may talk about things that people are curious about but may never want to talk to someone else about. The titles of the videos are almost so shocking that you have to click on it.”

The presence of a YouTube personality has other organizations on campus excited as well. Heather Wright, the coordinator for the Women’s Center, says, “To have somebody that is famous like Laci Green is and is as current as she is helps the Women’s Center get our name out there on campus more.”

“’Ending Rape Culture’ is the name of her speech which is essentially about how we can make steps at DePauw and how other students at other campuses can make steps in the right direction” Halffield summarizes. “Thinking about someone experiencing sexual assault can be really hard to talk about and uncomfortable but Laci Green, through her personality, and who she is and how she presents sex positivity and sexual assault make the topics seem more approachable. So hopefully we are able to engage students.”

Code T.E.A.L. week will be later this spring, running April 13th through the 17th. Green will present on Wednesday, April 15th at 7:30 in Meharry Hall.

“The goal would to be to eliminate all sexual assaults on campus everywhere, not just DePauw,” claims Seung. “In fact, [Code T.E.A.L.] shouldn’t even exist.”

“We really saw that choosing the [“Ending Rape Culture”] speech as our duty as Code T.E.A.L. to educate students in that way and give them another avenue through which they are able to learn about sexual assault and do something about it,” adds Halffield. “I’m excited to see conversations starting. I think students will be excited too. A lot of people know about her and a lot of people are excited that she is coming. I can’t wait to see what [Laci Green] has in store."