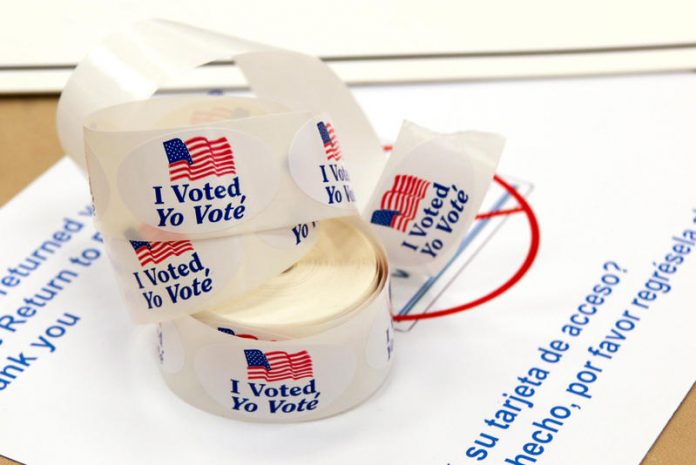 With Election Day approaching in less than two weeks, professors nationally are making decisions on whether or not they will conduct classes on Tuesday, Nov. 3. DePauw professors are split in this opinion regarding what they believe their classroom should look like on Election Day.

Biology professor Dr. Nipun Chopra announced to his students in mid-September that class would not be held on Election Day. Chopra believes that having to attend class may be a barrier for his students who are choosing to vote in-person, and he wants to make it as easy as possible for them, he said.

“Most students will be voting for the first time in their lives.” Chopra said, “Whichever way it goes, it will have a tremendous impact on their lives and careers.”

Senior Andrew Walther already feels the weight of election day. “My anticipatory anxiety is already killing my mental health. I don’t know what Election Day will do.”

Sophomore Kaitlyn Franks argues classes shouldn’t just be cancelled on Election Day, “They should be cancelled the morning after,” Franks said. “We’re going to be up all night.”

All of the emotions surrounding the election are part of the reason why professor Clark Sage has chosen to keep class in session on Nov. 3.

“I remember the day after the 2016 election; many were walking around shell-shocked as if a bomb had dropped in the middle of campus,” Sage said. “I held classes and had almost 100% attendance. When students attend my classes, they know that they can question, discuss and process in meaningful ways.”

Being a cultural anthropologist, Sage says incorporating current events into his courses is easy, he always makes time to discuss international, national or local events through an anthropological lens.

DePauw students weighed in on what they believe professors should do in an Instagram poll on The DePauw’s official account. 87% (96/110 responses) of people responded that all classes should be cancelled on Election Day.

While junior Lizzie Bell has none of her classes cancelled on Election Day, she is one of the students who believes that they should because of students needing to travel to be able to vote.

“The amount of hoops that you have to jump through in certain states to get an absentee ballot could have forced students to choose in-person voting,”  Bell said, ”And with classes being scheduled on the day, that forces certain students to not be able to participate in one of the greatest advantages of a democracy.”

Outside of DePauw, several other universities are wrestling with this decision. American University in Washington D.C. chose to cancel classes campus wide after a student organized an email campaign and petition aimed at giving the students time off, according to NBC News.

One American University student, Sophie Ossip, said her professors have discussed the cancellation in class and “assume we are all going to vote.” As she already voted absentee, she plans to use this day to volunteer at polling places.

Other universities are following suit with lobbying their universities to cancel class. According to the Washington Post, UNC-Chapel Hill and Ohio University are also mobilizing peers and canvassing by phone for all classes to be cancelled.

As voter turnout increases among younger Americans, up by 20% in 2014 to 36% in 2018 according to the Census Bureau, college students are calling on their universities and professors to accommodate their ability to exercise their democratic right to vote.

Senior Quinn Wright said, “If we are voting in person, how can we stand in line for hours and attend class?”