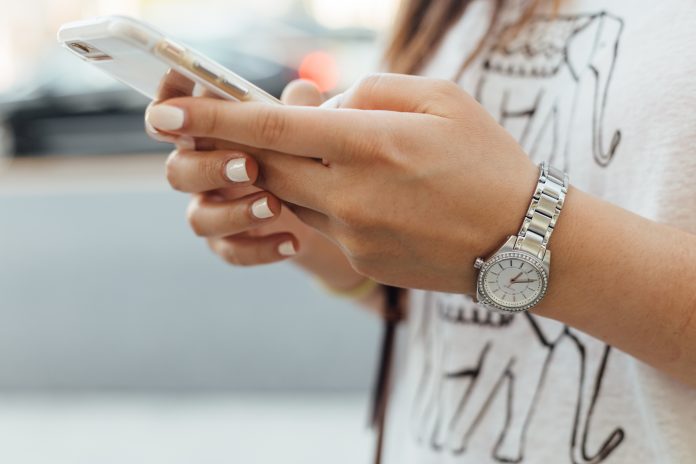 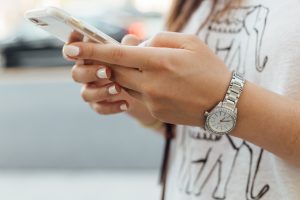 You know how the plot line goes: you’re texting someone you like and things are going well. The back-and-forth banter is witty and easy. When you see them in person, there’s what you would call an undeniable connection. Suddenly, they stop texting back right away. They start leaving your Snapchats on opened and start avoiding you in public. Then, they seem to disappear completely. It hits you like a slap in the face: you’ve been ghosted.

This past week I investigated ghosting at DePauw. I investigated not so much if it existed, but how it existed on such a small and intimate campus. I took to the streets, sororities and fraternities to interview the ghost-ed and ghost-ers.

It was difficult to get people to talk about their personal experiences with ghosting. Most individuals did not want to open up for fear of exposing themselves about a specific situation or sharing something too personal. Some students noted that they had probably ghosted or been ghosted by someone, but they couldn’t remember a specific situation. Guys, for the most part, were reluctant to share their personal experiences with ghosting for fear of being exposed or hurting their reputation. However, most girls opened up pretty quickly about their frustration with the flakey dating in college.

“There are guys out there who are actually looking for a serious relationship, but most guys aren’t looking to be exclusive,” Abigail Lodge, sophomore, said. She referenced a guy she talked to last year. Initially, she enjoyed spending time with him, but she became suspicious when he did not want people to know they were hanging out.

After she finally asked what his intentions were, he stopped talking to her altogether. “How to do you go from saying you’re my best friend to never talking to me again?” She said his first-year immaturity was partially to blame. “It could be he wanted to hook up or it could be he just didn’t know what he wanted.”

Some students pointed to DePauw Winter Term break as a barrier for relationships. Román Magallanes, a junior, recalled a time during his first year when he ghosted a girl after talking to her during first semester. He ghosted her because there was a girl he liked back at home and the two months of Winter Term seemed too long of a break to continue talking.

He noted that his age played into his response to the situation. “As a freshman, you’re scared of commitment. Period.” He confessed that burning that bridge eliminated the possibility of other friendships within her friend group. Two years later, he wonders what would have happened if he explained himself instead of cutting of communication so abruptly. “Looking back, I could have done things differently.”

Kaitlyn Malley, senior, recalled time where a guy would repeatedly contact her over the summer between school years. But every time they returned to campus, he would ignore her in person. “It’s interesting to talk to someone, but I feel like I’m stupidly optimistic. Like maybe it will be different. But it literally never is.” She noted he is probably afraid of commitment.

“[Ghosting] is impossible in the traditional sense,” says, Eric Spellman, sophomore, when asked how ghosting occurs on campus. “[DePauw] is so small, you’re going to see them.” Based on observations within his friend groups, he thinks people should learn to take a hint when it comes to a potential relationship fizzling out.

Students were quick to identify signs of ghosting such as one-worded texts, replying to Snapchats without words, and not using emojis. “I feel like ghosting is easier [nowadays] because it is more than ignoring their presence…it’s ignoring them on the internet” LizaMarie Jimenez-Ojeda, junior, said. Both sexes agreed that ignoring on technology and social media platforms are essential elements of true ghosting.

Even at a campus as small as DePauw, ghosting is still prevalent. In an effort to avoid awkwardness, people continue to cut off ties with potential partners, and in turn create more awkwardness and discomfort. Malley doubts a true ghoster could ever change his/her ways: “Once a ghoster, always a ghoster.”