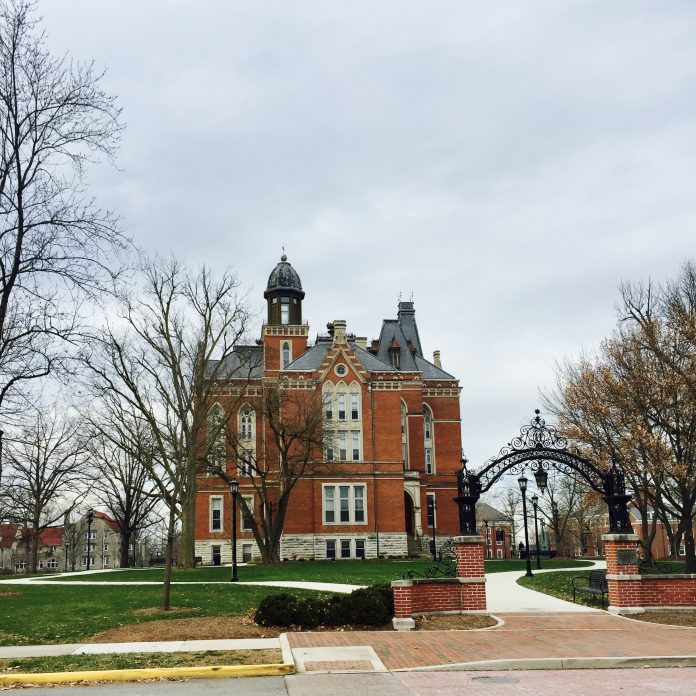 When first-year Christian Bradford chose DePauw University as his home for the next four years, he did not think that a month later he would be the target of a racially motivated verbal attack.

Considering the graffiti that contained racial slurs from last semester, Bradford said he was not necessarily surprised that this happened; however, he didn’t expect for it to happen to him. “I’ve only been here for a month and I’m already getting threats,” Bradford said.

Bradford said he was leaving Hoover last Wednesday around 9 p.m. and met up with some friends, who were white, at the corner of Hanna and Locust St., when a red SUV drove by and someone in the vehicle yelled, “We hang black people around here f****r, so you better watch out.”

He said that the occupants of the SUV were white and looked young, and there seemed to be about four or five of them. “It is either they are high-school students or college,” Bradford said.

He added that he couldn’t see the license plate because it happened so fast.

That same night, Bradford called Public Safety to report the threat and they came to his dorm and asked questions. The next day he had an email from Public Safety asking him to go to the station and answer more questions. He said that meeting at 8 a.m. last Thursday was the last time he had talked to Public Safety officers.

Bradford said he does not feel safe walking around campus at night by himself, but he won’t let this incident ruin his experience at DePauw for the next four years. “It’s just a little block in the road,” he said, “but I can get past it.”

Bradford said that he thinks the administration did a good job of informing the campus community about what happened and he has received messages from faculty and staff offering their support.

However, he does think that the exact language of the threat should have been in the email. “I think they should have put in the email what was said to me because when you think of a racial slur we don’t know how severe it is and what they told me was pretty severe,” Bradford said. “You can’t sugarcoat that.”

The entire DePauw community was informed of the incident at 3:11 a.m. last Thursday through an email sent by Director of Public Safety Charlene Shrewsbury.

As of yesterday afternoon, Shrewsbury said that Public Safety was still investigating the incident and continue to review cameras around the area as well as conduct multiple interviews.

Public Safety officers have searched every parking lot on campus and also Greencastle High School’s parking lot looking for the car. Shrewsbury said, “what we need is somebody to tell me whose car that is, who was in the car?” Shrewsbury said the car does not have a roof rack and has a strip along the driver’s side, possibly a chrome strip.

The email and the tweet by DePauw Police Department, which included a picture of the vehicle, later in the morning characterized the incident as “a racial threat” but did not specify what that racial threat was.

Later emails that same day from Vice President for Academic Student Affairs Alan Hill and Dean of Students Myrna Hernandez provided the campus resources offering support but also did not say what the exact language of the racial threat was.

Hernandez said she did not want to publicize the language because of the possibility of triggering students. “It’s hurtful and I don’t want to be repeating it,” Hernandez said in an interview with The DePauw last Thursday.

Similar to Bradford though, President of the Association of African American Students (AAAS) Kaleb Anderson said he thinks the exact threat should have been shared with the campus. “It is even more triggering to have an institution that continues to not explicitly talk about what is happening on this campus,” Anderson said. “It continues to alarm students and sends a message to black students that their safety is not a concern on this campus and that we will continue to protect whiteness on this campus.