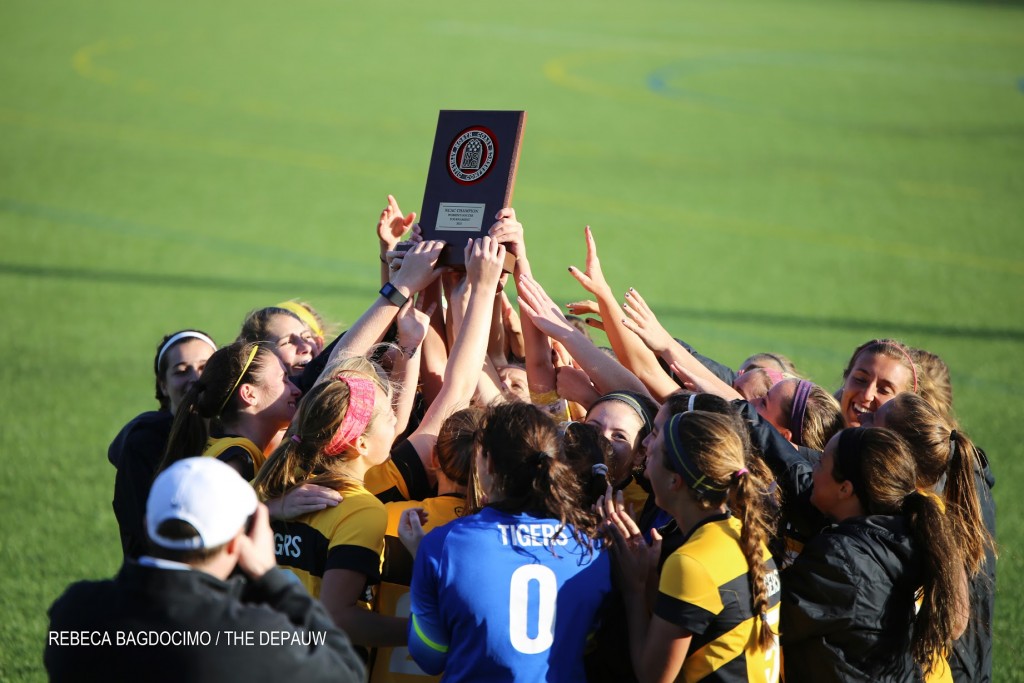 After losing to Denison 3-1 earlier in the season, the Tigers came out victorious in their rematch this past Saturday defeating the Big Red 2-0 for the women’s second North Coast Athletic Conference championship title in the program's history.

DePauw earned the win through their continual efforts to build on their improvement throughout the course of the regular season.

“We kept the same game plan from when we played in the regular season, but focused on the details of being cleaner, sharper, and smarter on the ball,” said sophomore forward Kathryn Ruark.

Although Denison outshot DePauw 12-6, DePauw’s effective defensive efforts and goal tending prevented them from getting any points on the board.

“I think we played with a lot a heart, focus and persistence,” said junior defender Jen Dimos. “It takes a lot of mental energy to go into a game in which the opponent has previously beat you, and we handled that pressure well and worked for the outcome we needed.”

The Tigers got points on the board early with a shot from 25 yards out in the sixth minute from Dimos. 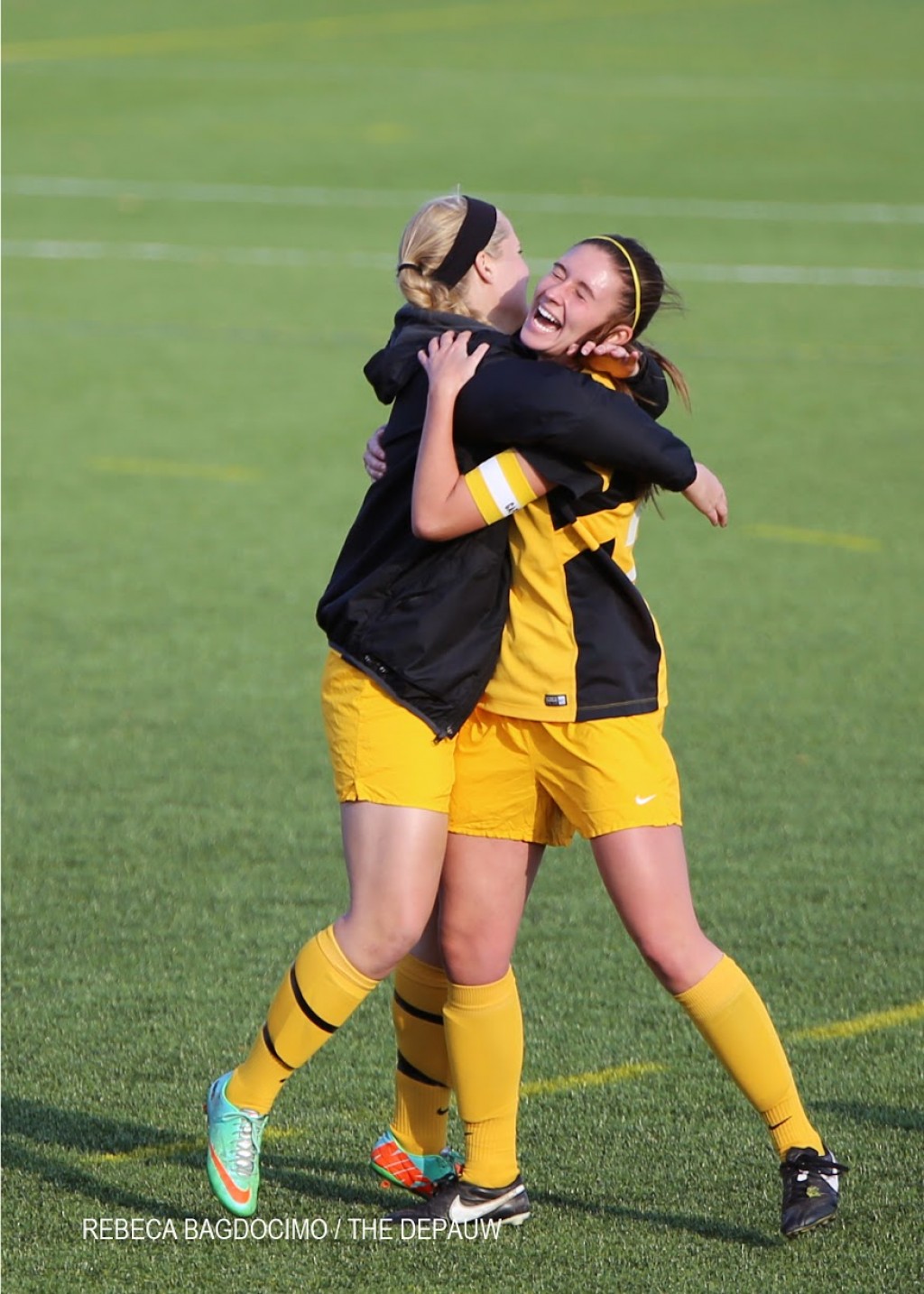 Caroline Maloney and Caroline Zadina embrace
each other after winning conference.

The second point came again from the Tigers when Ruark scored off a pass from junior midfielder Kelsey Cobbs near the end of the first half.

The Tigers would head into halftime with a two-goal lead over the Big Red.

"I think a 2-0 lead at the half relieved some of the pressure on individual players to avoid even a small mistake and allowed them to focus all their energy on what we needed to do well,” said head coach Megan McCormick. “[The team] didn't show any signs of complacency and knew that they'd have to battle for another 45 minutes.”

Although no points were scored in the second half, neither team let up and fought until the clock ran out.

The biggest threat Denison had came in the 51st minute in a one-on-one between junior goalie Riley Riordan and Big Red forward Maggie Armstrong.

The play ended with Riordan coming out of the goal and diving onto the ball before Denison was able to get a shot off.

Riordan recorded the win with five saves for her fourth shutout of the season.

The NCAC title earned the women an automatic bid to the NCAA Division III tournament. The team is ready to capitalize on their winning season and come together to make a solid run.

“Seeing such a drastic improvement from last year shows that we finally have all the pieces in place,” said Dimos.

“We work for each other, and we are not done yet,” she said.

The Tigers (12-6-1) travel to Grand Rapids, Michigan on Friday to face the University of Wisconsin Oshkosh at 1:30 p.m. 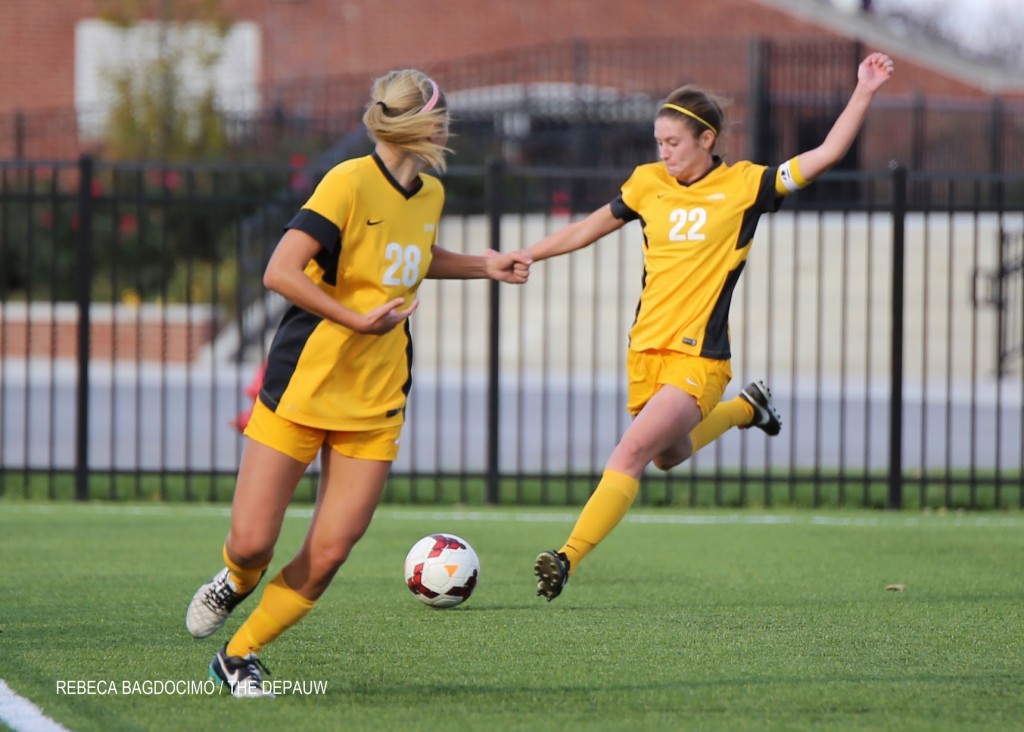 Midfielder Zadina kicks the ball away from DePauw’s goal.
PHOTOS BY REBECA BAGDOCIMO / THE DEPAUW