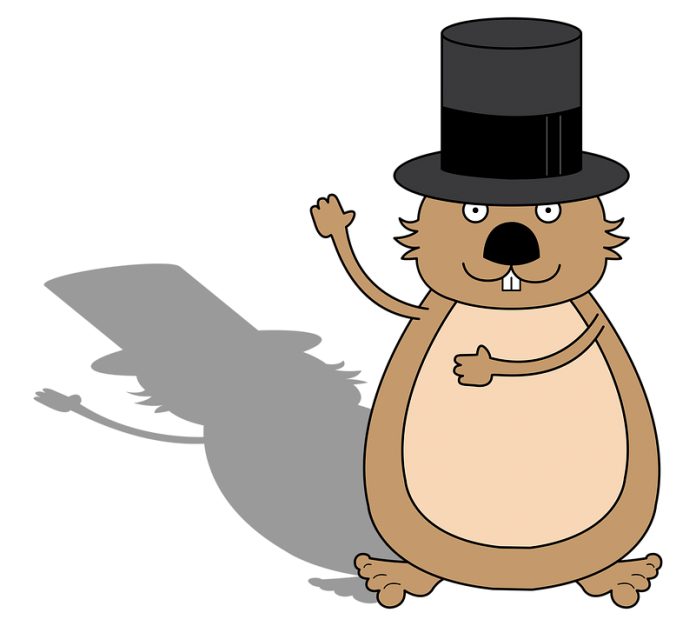 Groundhog Day, an often overlooked holiday in the United States and Europe, centers around determining how long winter will last based on whether or not a groundhog can see its shadow.

In the traditional American holiday, a groundhog (named Punxsutawney Phil) is observed each February 2nd. If the groundhog sees his own shadow, the superstition states that there will be six more weeks of winter.

In meteorological terms, cloudy weather usually means a warm front, which could indicate an early spring. But as far as the groundhog’s shadow being a reliable weather predictor: “There’s absolutely no basis for that whatsoever,” Jim Mills, Professor of Geosciences, said.

Mills said that last week’s cold snap was a result of a phenomenon called a Rossby wave, where “a big batch of cold air came screaming down through the central U.S.” However, this wasn’t the expected weather.

First-year Kaitlyn Franks predicts that “we’ll probably have an early spring … based on the past couple of years.” She, and Punxsutawney Phil, are both correct, according to Mills.

“In the next week or so … we’ll be back into the 40’s,” Mills said. The weather will include “more typical, [very] early spring conditions.” Overall, this winter will be average “to what we would normally see based on 30 year trends,” Mills said.

Groundhog Day tries to predict weather, but weather only describes short term trends in atmospheric conditions. Climate, however, is “the long term change” and data, typically over 30 years. Climate data is used by meteorologists to predict weather patterns and keep an eye on climate change.

The overall climate does, of course, affect weather patterns. Essentially, global warming could cause us to effectively move south. “By 2050 or 2070, our weather here may be more similar to what they have in Arkansas,” Mills said.

Franks observed that the central U.S. has “had record-breaking temperatures lately.” A recent CNN article agreed, stating that “there has never been a warmer January” in the 141 years of National Weather Service records.

This warm winter was largely unexpected due to the fact that “our models … are underestimating the impacts, not overestimating,” Mills said. “changes [in the climate] are coming faster than the model” has predicted.