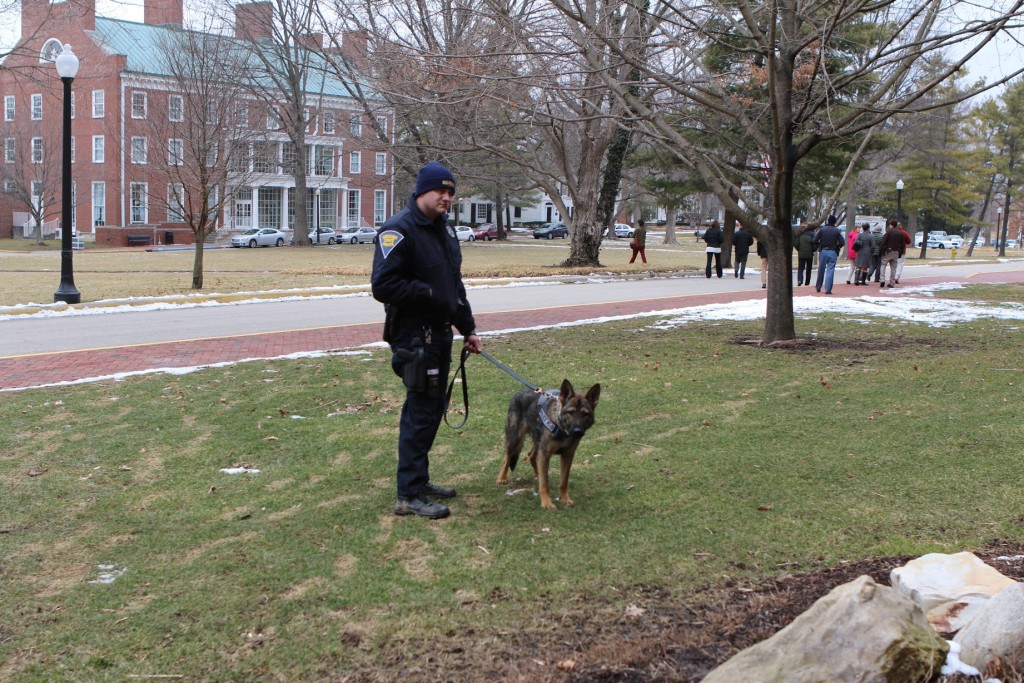 Wabash College employee Lucius Oliver Hamilton III, suspected of killing his niece and her 4-year-old son, was reportedly found dead Wednesday afternoon of self-inflicted gunshot wounds in a fourth-floor room of the Hilton Downtown Hotel in Indianapolis. Police say he shot himself in the head around 3 p.m after police knocked on the hotel room door.

Hamilton, 61, is believed to have shot and killed Katherine Hamilton-Giehll and her son Raymond on Wednesday morning in their home in the 6800 block of Old Hunt Club Road in Zionsville, Ind. A neighbor called police to the scene shortly before 9 a.m. There, they found the mother’s body by the front door and the son’s in front of the TV in the living room.

It was the mother’s 31st birthday.

“In my 32 years in law enforcement, I have never witnessed a crime so heinous and heartbreaking,” Boone County Sheriff Michael Nielson told reporters on Wednesday.

Hamilton then reportedly checked out a van at around 9:30 a.m. from Wabash, where he served as an alumni career officer and a major gifts officer. He was also a 1976 graduate of the college. Wabash cancelled classes for the rest of the day on Wednesday for the first time since the assassination of President John F. Kennedy in 1963. Students were instructed to stay indoors as police officers searched every building on campus for the suspect. The lockdown was lifted around 3 p.m.

Police say that Hamilton’s motivation was “strictly for financial gain.” Investigators believe there was an ongoing dispute over a family trust worth millions of dollars, which spurred the attack. Investigations into the details of the dispute are ongoing.

Director of Public Safety Angela Nally said that, while DePauw continued with “business as usual” on Wednesday, she did reach out to Vice President for Student Life Christopher Wells to notify the President’s office of the issue.

“Our strategy at that time was just to monitor additional information and if necessary make changes, but our initial assessment of the situation was that there was no immediate threat,” Nally said.

Nally said that if an emergency as severe as this one were to take place closer to DePauw, the first course of action would be to send a text message to all students, faculty and staff instructing them to “shelter in place,” meaning to stay put in whatever building they are currently in until instructed to leave.

These messages are few and far between, however. Nally says this is “on purpose.”

“I don’t send nuance-y messages that students are having to deal with because when we send a message I expect that students are going to see that this is serious and that they need to do the things that we’re asking them to do,” Nally said.

In an instance such as this, The University’s Critical Incident Response Team (CIRT) would work in conjunction with other emergency responders to look at potential threats. CIRT consists of administrators who have training sessions, table top exercises, function exercises and full scale exercises with members from various local police and sheriff’s departments.

Nally stresses that, like Wabash’s “lockdown,” the doors to many buildings on campus cannot automatically lock, and for good reason.

“We do not have one magic button that locks down all the doors around here and more importantly we wouldn’t want to,” she said. “If they couldn’t get into a building we could be putting them in potentially more harm than good.”

While physical safety of the students is certainly important, Nally stresses the emotional precautions that the University would take in this instance as well.

“It’s also about addressing the emotional safety, a reassurance, lets’s cancel classes, let’s make sure they have the mental capacity to concentrate on their work when this other thing is very big and scary and happening too,” she said.

To ensure students’ emotional safety, Vice President for Academic Affairs Anne Harris would be looking into canceling classes if the situation were dire enough, while Wells would make sure that students remain fed during the “shelter in place.”

The most crucial way that students can help Public Safety, CIRT and police officers in emergency situations is to do what they are instructed to do.

“In an emergency situation it’s really hard to get people to slow down and take and heed the cautions and do the things that responders are asking them to do,” Nally said, “because people are scared and they’re having an emotional response to the emergency and so doling the directions that the responders are vitally important.”

The Office of Public Safety is in the midst of a search for a Coordinator of Emergency Management and Safety Education Programs, a newly created part-time position that will be responsible for delivering safety programs, making sure people are where they need to be in emergency procedures and making those on campus feel reassured. Interviews for the position will begin next week, and Nally hopes to have a candidate selected for the position in March.