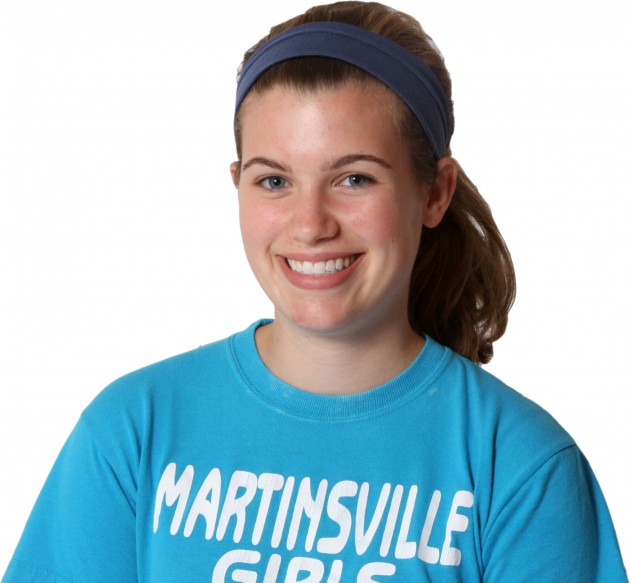 For my final column of the year, I interviewed professor of English Literature and women's studies, Marnie McInnes. She's also the director of nationally competitive scholarships.

1. I arrived here in 1980. I was associate dean of Academic Affairs, and then of Academic Life for 12 and a half years. I loved that work, but I'm very happy to be back teaching. That work involves a lot of problem solving, but I like to be back in the classroom.

2. My real name is Marion with an "O." It's a name for women in my family and spelling the woman's name with an "ion" happens in Philadelphia and on the east coast. I haven't seen it in the Midwest. "Marnie" is a Hitchcock film. It's not one of his best films. Sean Connery was the star, so I felt happy about it.

3. I went to Stanford University, and I got my [doctorate] at Yale University. When I first stepped foot in Stanford the first week, I thought I'd always want to be on a university campus. And that's how it went. I was in college during the volatile Vietnam years. I was far away from home, around 3,000 miles. There were sit-ins and demonstrations daily. For the spring semester of my first year, the college shut down. It was bewildering for a first-year student and difficult.

4. I've gotten fond of the Asian buffet at the Hub because it feels like you've eaten something and at the 4 o'clock meeting you're not faint. I like the people who are serving it to you. I like the sushi too.

5. I met my husband at Yale and got married there. My husband is Professor Glausser, and we came here together. We see each other very little during the day. We've worked out a way of unspoken agreement of how we talk about DePauw. We talk about department stuff, but we don't overdo it. When we first came here, we had different last names, so people thought I was having an affair with him.

6. I love studying. I was really good at it. I was not a leader, and I can't say I was just a follower. I was valedictorian. My graduating class of all girls was of 38. I had mixed feelings because that was a better education than I got at Stanford. I think of it at my liberal arts years, and I needed to be someone else. I still studied, but I saw the world, and I got some politics. I became a little bit worldlier.

7. There was a period 10 years ago at DePauw where you weren't supposed to wear your backpack on both shoulders. It was such a fashion no-no.

8. The first album I ever bought was the first Beatles album. My parents didn't like them because they were just becoming a phenomenon and they didn't like the screaming girls that came with it.

9. I love Moleskine notebooks and fountain pens. Turns out, a lot of students like them too. They have good paper and have the right kind of paper for preparing for class. I love the computer, but I think on paper. Students can get through a writing block if they write it down by hand.

10. I live by sayings; some of them come from literature and some are made up. I often repeat them; I asked a professor about how you keep going in the winter while running and he said, "You suck it up and put on a hat." I think of it while running, but also for other life events.

— Klose is a sophomore from Chesterfield, Mo., majoring in communication and education studies.features@thedepauw.com