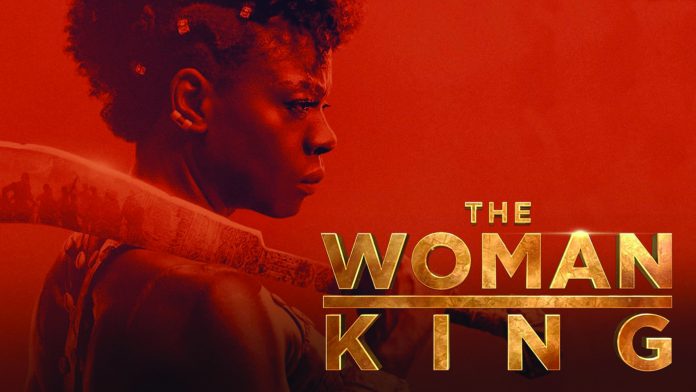 “The Woman King” is a historical action-drama film released Sept. 16 that showcases the empowering stories of female African warriors during the early 1800s. The hit box-office film directed by Gina Prince-Bythewood includes a skilled cast that primarily features African women, along with striking imagery that paints a rich cultural narrative. However, these masterful cinematic elements are accompanied by certain historical inaccuracies, crafting a captivating yet questionable storyline.

Primarily set in the tribal landscapes of the African kingdom of Dahomey, the film opens with an exhilarating battle between the Agojie, an all-woman group of warriors, and the Oyo Empire, a Nigerian territorial group that captured enslaved women. Upon the Agojie’s successful liberation of the captives, the rich community of Dahomey is further explored, particularly the vivid training grounds of the Agojie. This female army is led by Nanisca, played by Viola Davis, a headstrong general who begins a recruitment process after the loss of veteran warriors from the bloody encounter with the opposing tribes.

One of the eventual recruits is Nawi, played by Thuso Mbedu, a strong-willed teenager who is offered by her father to the all-woman army upon her refusal of an arranged marriage. Thrust into the overwhelming world of the female warriors, she embarks on a journey to discover her purpose as part of the Agojie while overcoming her naive and impulsive nature. Soon, Nawi also finds herself entwined in Nanisca’s personal narrative, as the two warriors strive to uphold their principles while defending their homeland and recovering from their emotional wounds.

One of the eye-catching elements of the film was the use of continuous fighting scenes. For a PG-13 movie, “The Woman King” includes several displays of human trafficking and battlefield violence. However, as cinematic violence fiends, we appreciate the cinematographer's attention to detail. The camera catches every punch and kick and emphasizes the physicality of the female fighters. There is also an extreme amount of dust and smoke used to intensify the atmosphere, and sitting in the audience seat, the suffocation at every mass fighting scene can be truly felt. It puts you at the edge of your seat, causing audiences to chase after every subtle movement that could be missed since some of the violent scenes were quite blurry from the constant dusting.

The cinematography does not stop there, as it oscillates between different visual techniques for every important scene. To highlight the horror and uncomfortable reality of the slave trade, there are several instances of intense brightness used to create texture, especially to make the audience feel the extreme heat of the sun at the port of Ouidah. In contrast, the palace at Dahomey where the king and his wives reside is filled with soft tones, the buildings are mostly painted in light brown while the women wear bright and colorful clothing. This technique creates a sense of warmth, peace, and familiarity.

Shifting toward the film’s plot, the juxtaposition between action-heavy scenes and carefully-paced character development highlights the foundational themes of women empowerment, motherhood, and self-discovery. However, the carefully balanced storyline lends to character tropes reminiscent of Disney films, such as the forbidden love between tribal and Westernized protagonists in Pocahontas, and the evolution of a female soldier in Mulan. Since the trajectory of the movie’s plot includes minimal loose ends, its historical accuracy may also be compromised for the sake of cinematic storytelling. This can be observed in the latter parts of the film, given the clean resolution of prominent film characters.

Amid these historical conflicts, an overarching element of hope and determination is still evident, especially in the development of healthy relationships between families, lovers, colleagues, and communities. For instance, Nanisca’s healing process from the emotional wounds of her past was dependent on the acceptance of the present, as she engages in her responsibilities as the general of the Agojies while keeping in touch with her familial roots. Meanwhile, as Nawi becomes exposed to the cruelties of the battlefield, she develops a wiser mindset that aids her decisions in the climactic sections of the film. The intertwining elements of each character’s background creates a rich narrative about protecting one’s community and accepting true individuality.

In addition, even if the idea of an all-female special force from an African nation might seem unrealistic, the story about Dahomey is actually more real than at first glance. Wantchekon, the historical advisor for this film, was born a mile away from the former palace of King Glele, the son of King Ghezo, who is the ruling monarch in The Woman King (source provided by Laura Zornosa from Time Magazine). Growing up in Benin, he noticed gender equality all around him, from children playing together at a young age to mixed-gender cultural groups to women’s involvement in economic activities. Those inclusive gender norms date back at least as far as the Dahomey, which allows the female military to thrive into a formidable force in the region.

Moreover, we especially appreciate the directory of this film to not shy away from the graphic horrors of slavery and acknowledge that even Dahomey was benefiting from the slave trade, something that did not actually end until decades after the event in the film. It makes the Agojie’s fight for what’s right even more admirable and shows that a society can be progressive while simultaneously causing immeasurable harm to others. However, the film could have been more honest about what the kingdom of Dahomey is: “a kingdom built on enslavement and perpetual war, the most extreme archetype of the state defined by the capture and sale of slaves,” according to Dan McLaughlin of the National Review. The female empowerment displayed in the film can be seen as progressive for some, but for others, it’s downplaying the damages of the trans-Atlantic slave trade.

“The Woman King” is a conflicting art piece, as it immerses viewers in African cultures while tackling uncomfortable themes. The film oscillates between colorful and warm palettes and bloodshed gore, painting a tearful story about sisterhood and overcoming trauma while interrogating the role of the Dahomey Kingdom in the slave trade. However, it yearns a bit too much into the feminine aspect of the Agojie to be historically accurate. For future African-themed movies, there should be a better balance of storytelling and realism to provide meaningful historical narratives to global audiences.