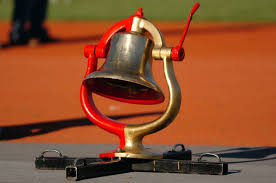 The highly anticipated annual football game between DePauw and Wabash would have been last Sunday, Nov. 16 at Hollett Little Giant Stadium. However, in July, DePauw, along with the rest of the NCAC, opted out of competition for the fall, hindering the battle between prideful young players smashing into each other for the sole purpose of obtaining a 300 pound locomotive bell, at least for one year.

The Monon Bell Classic, first played in 1890, has been around Indiana longer than cars have been available to the general public. If you wanted to attend the game during 1892, you would’ve likely traveled via horse, train, or on foot. North Dakota, South Dakota, Montana, and Idaho were the newest states in the U.S when the Monon rivalry was in its infancy stage. As a matter of fact, the game of football wasn’t prevalent in America until 1892, which means the DePauw/Wabash rivalry is older than the sport’s popularity.

To really put this into perspective, current English professor Andrea Sununu began her tenure at DePauw two years before the gridiron rivalry did.

Considering the disdain between DePauw and Wabash is quite literally generational; there’s a substantial need to dissect the history of the rivalry. As the record stands, Wabash leads the all time series 62-55-9. DePauw currently holds the Monon Bell, as they defeated the Little Giants in dramatic fashion last season.

Today in #MononBell history2019-For the second time in 4 years, the @DePauwTigersFB score in the final minute of the game to win as Chase Andries tossed a 62-yard TD pass to Gavin Ritter with 38 seconds left for a 17-13 win. #TeamDePauw https://t.co/gHt91Lp0OO

Say what you will about all-time records, but Gavin Ritter ‘20 and Chase Andries silenced the Wabash crowd instantly with this 62 yard connection. Andries was named the NCAC offensive athlete of the week by the NCAC because of his solid performance, completing 16 of 24 passes for 210 yards. After this spectacular ending, DePauw students could barely be contained in the stands. As soon as the time expired, a wave of gold rushed the field to celebrate the incredible defeat.

THE FANS STORM THE FIELD. THE DEPAUW TIGERS DEFEAT THE WABASH LITTLE GIANTS 17-13. WHAT A GAME. pic.twitter.com/KUhZijtZ9C

The largest point difference in a single game happened twice in 1952 and 2010, as Wabash won both games by 47 points. Wabash also holds the longest consecutive win streak, as they beat DePauw seven years in a row twice. Only six times have these teams not played each other since 1890, including this year. Historically, Wabash has been better at football, but concentrating on a sport at an all-boys school shouldn’t be too difficult.

The bell itself was introduced to the rivalry in 1932 when Orien Fifer ‘25 suggested the idea to the Indianapolis News. The first game fought for the bell resulted in a tie, but DePauw claimed the bell the next year in a 14-0 victory in Crawfordsville.

Because the theft of this bell is branded in its history, reading about the lengths students went to steal it are necessary. The last successful attempt happened in 1998, when Wabash students stole the bell on Halloween night. The most recent hijacking wasn’t a surprise-- only a Wabash student would want to ruin a holiday for someone else.

Operation Frijoles remains the most infamous heist attempt between the two schools. Back in 1965, a Wabash student convinced the dean of DePauw to reveal the location of the bell by posing as a representative from the US Information Service in Mexico City. After other Wabash students successfully pulled off the heist, DePauw students re-stole the bell back and buried it underneath the north end zone for 11 months. Before the game, the ground froze and the bell was almost lost— after it was recovered, Wabash legitimately claimed it with a 16-6 win, according to Ken Owen, DePauw’s former executive director of media relations.

Some may not approve of Wabash’s methods, but posing as a US government official to steal a 300 pound locomotive bell shows extreme dedication to this rivalry. The logistical planning alone warrants applause. Although, stealing this incredibly heavy bell is notably the most clever idea any Wabash student has thought of since 1965.

This rivalry is more than just an annual football game. This rivalry is a chance to celebrate the long history of school pride.“The Ballad of the Monon Bell” was written in 1985 by a DePauw graduate, and it still echoes on DePauw’s campus today. It is an honor to cover Monon while I can, as many more will cover Monon after me. Many Monon stories are echoed through word of mouth, so a lot of the history of Monon lives away from the history books. But when you ring the bell for the first time, grasping the lever with full force and yanking it with all of your might, you understand the importance of this game to both universities.

Arguably the biggest loss on campus this year was the cancellation of this historic game, simply for tradition’s sake. This series has survived two world wars, the Spanish flu, a technology revolution, and even a name change from one of the universities. During freshman year at baseball, I remember my cleats’ shoelaces resembled Wabash red to a senior, so I had to relace my cleats. Wabash likes to hate DePauw, and DePauw likes to hate Wabash—it’s that easy.