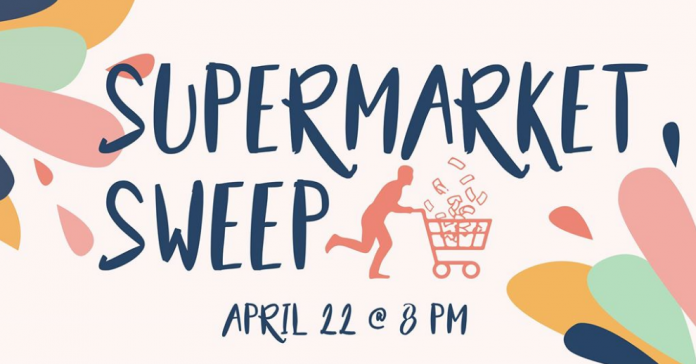 Nearly 10 percent of Putnam County is food insecure, according to a 2016 study done by Feeding America. That equates to 4,490 people. In an effort to supply local food pantries with food before summer, local organizations and students from DePauw University have teamed up to gather food by putting a spin on the popular game show, Supermarket Sweep.

Students from DePauw University, as well as other community groups such as 4-H and the surrounding Greencastle schools and clubs, will be participating in the effort to “sweep” needed food and products off the shelves of Kroger to donate to the local food pantries.

According to Chelsea Naylor, Coordinator of Community-Based Learning at the Hartman House, “It’s especially palpable in the summer months when people aren’t thinking about food pantries…this is a time when pantries could use an extra boost.”

The same Feeding America study shows that 45 percent of the food insecure in this county do not qualify for nutritional programs like SNAP (Supplemental Nutrition Assistance Program) or WIC (Women, Infants, and Children).

The game show this competition is based on features teams running through aisles grabbing foods that then indicate points. The person with the most points wins. This adapted philanthropic event works similarly.

Senior Intern and Project Specialist for DePauw Service Barbara Castellini said, “Teams will compete against each other using their own money to buy as many canned goods or baby items within a two-hour time period.”

Both Naylor and Castellini called this “a truly collaborative event.”

This idea is not unique to Greencastle. Purdue Extension’s NEP Community Wellness Coordinator Mindy Duckett approached the Hartman House and Naylor after seeing her sons participate in a Supermarket Sweep at Grace College in northern Indiana. She believed Greencastle and the surrounding Putnam County would be a good place to replicate the event.

According to Duckett, Grace has been hosting a Supermarket Sweep for nine years. “Last year, they raised over $24,000 worth of donations,” Duckett said. “So it’s a great opportunity to get first of all young people involved and aware of food insecurity, and what that might look like in their community because a component of all of this is educating the community about food insecurity.”

Food insecurity can manifest itself in many ways. Naylor said, “Food insecurity doesn’t necessarily mean that you don’t have any money for your next meal. It’s that you’re not sure when or how or if you’re going to have your next meal. And so for some, especially with families, sometimes it’s that the parents are eating smaller meals so their children can eat or they’re not eating at all so that their children can eat.”

Each team shopping will receive a list of items needed. Some items will be marked with an asterisk to indicate importance. These items include but are not limited to spaghetti, peanut butter, canned veggies, diapers, feminine hygiene products and razors.

The event is from 10 a.m. to 6 p.m. April 22. During this time volunteers will be at Kroger passing out shopping lists as well as educating those there about food insecurity. The time specifically allocated for DePauw students to shop is 8 p.m. to 11 p.m.  To sign up, fill out the form on the events page on Facebook at https://www.facebook.com/events/828654227499851/, rsvp on Campus Labs, or email Chelsea Naylor at chelseanaylor@depauw.edu.

Olivia Jennings - March 5, 2021
0
Rumors of private investigator on campus are false, DePauw Police identify as man experiencing homeless After an Instagram story was posted by a student...