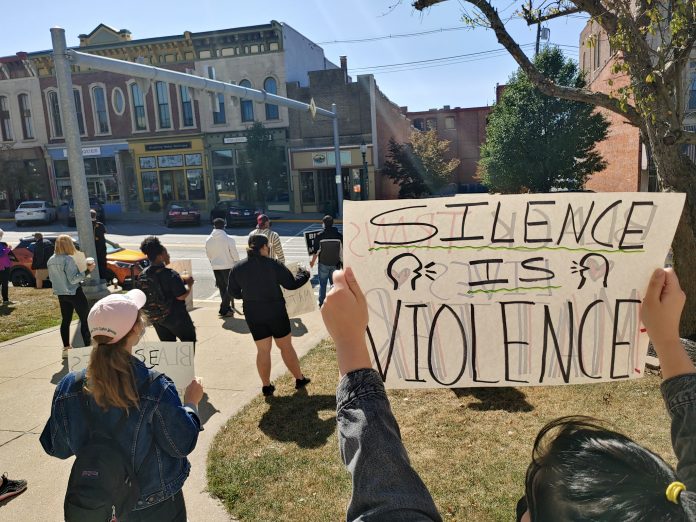 On Saturday, a crowd gathered on the lawn of Putnam County Courthouse for another week of Black Lives Matter rally. However this week, it started with some battery issues in the megaphone that hadn’t been turned off since last week. A trip to Dollar General and a four pack of AAA batteries later, the chants began.

This week, DePauw students joined Greencastle residents and DePauw faculty and staff in chants of “Black Live Matter” and “No Justice, No Peace.” At the protest’s peak, there were about 50 participants, an increase from 20 the previous weekend.

“I love it so much,” said Kayce Kean, the Greencastle Resident who initially organized the rallies. “One, it takes responsibility off me and two, Depauw students are really passionate and really want to be involved.”

As the 2020 Presidential election approaches, Joseph Harris, the VP Greencastle’s Chapter of the NAACP, has watched tensions increase at the protests throughout the summer.

However, this tension between more progressive students and the conservative town is not new. The first thing sophomore Evelyn Timmermann saw when she visited DePauw in 2018 was Greencastle. Not just Greencastle, but specifically the auto shop on Franklin Street right off the square. The shop was covered in Trump flags and a bold decal reading “Drain the swamp”

“I'm glad that they are protesting because it shows me not everybody [here] is [a] Trump [supporter],” Timmermann said.

Timmerman spent her summer making calls and attending protests in Holland, MI, her hometown. Fearful that students would quickly be sent home due to COVID-19, Timmermann chose to get her absentee ballot sent to her house. To ensure that her vote counts, her mom will be driving four hours to Greencastle to deliver her ballot so Timmerman can fill it out. 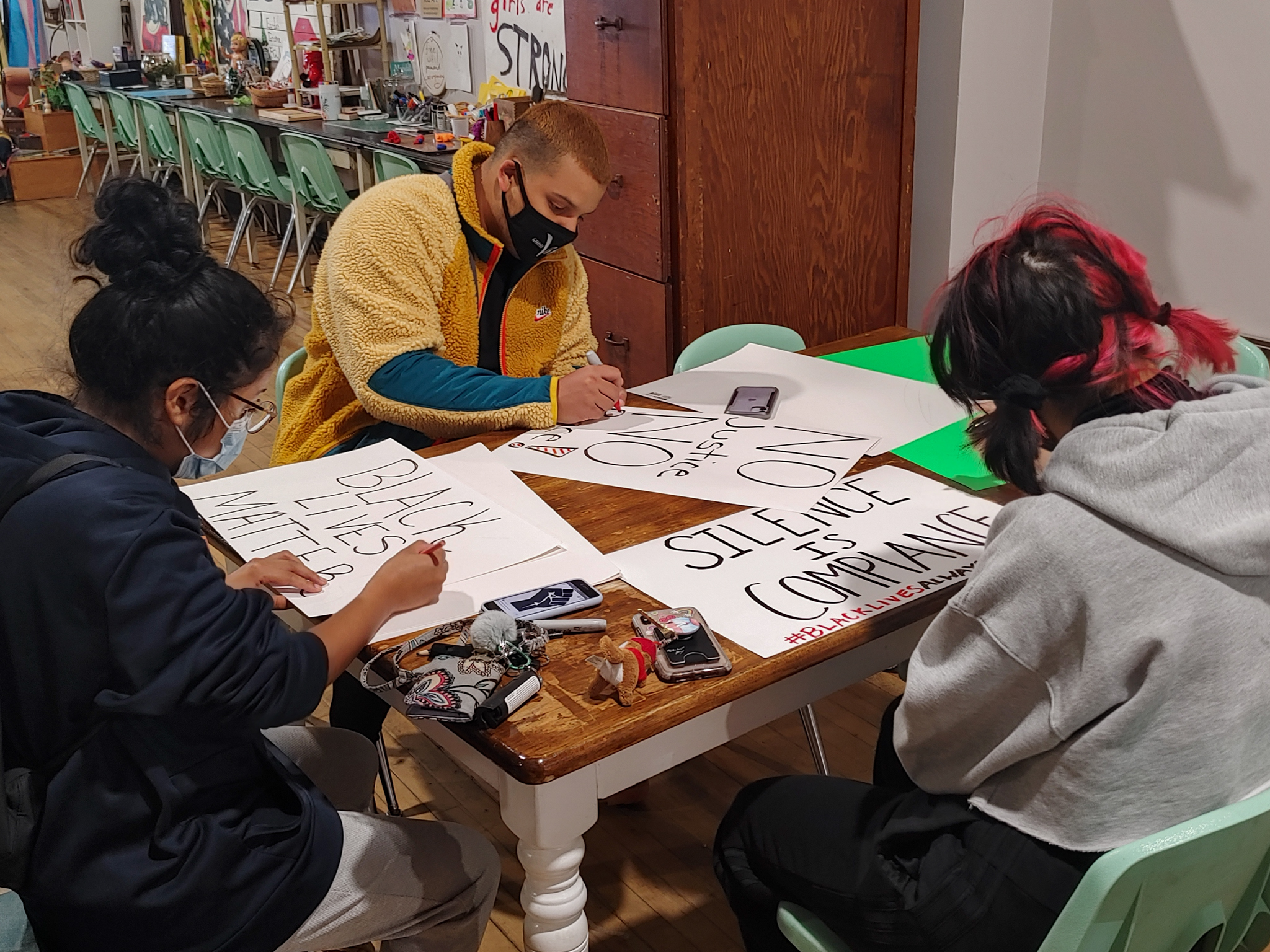 DePauw student at Conspire making poster before the protest on the square. Photo By Ian S. Brundige

Across the Square from the auto shop is Conspire, a small local boutique that sells handmade soaps, astrology theme-candles and loose leaf teas. The store also serves as a base of support for young protestors, DePauw Students and Greencastle’s progressive community, according to J.D. Grove, the owner.

“I was terrified to put up the first rainbow flag,” Grove said. She was afraid a brick would come through the window, one never did.

Since then the shop has slowly become plastered in LGBTQ rainbow flags and Black Lives Matter posters. Protests have become frequent for the group, responding to issues like immigration and LGBTQ rights. When Kean reached out to Conspire to see if they would support the BLM activism, they were happy to open their doors and share supplies for poster making.

“Ever since 2016, we get out the markers and poster board, we already had all this stuff we just had to buy the bull horn,” Grove said.

Grove, who is white and identifies as queer, described feeling hostility from other local businesses. In response to that, it was important for Conspire to be a place that made people “feel safe and valued.”

Harris views these protests as a conversation between Greencastle’s white community members. His role at these protests has been as a guide—encouraging protesters to take photos of trucks that drive past multiple times and writing down the license plate numbers. But largely, it has been white people like Kean and Grove talking to their other white neighbors.

By the end of the protest, students were not only adding their voices to the chants but leading them, passing around the megaphone and holding a moment of silence.

The weekly summer protests are planned to conclude this Saturday, Sept. 26. A Back the Blue rally, in support of police, is also planned for the same time at the square.