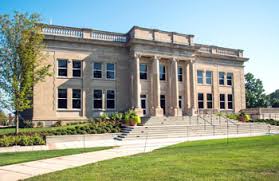 DePauw University advertised to remote students that grants would be provided to help to support off-campus students.

According to Vice President of Student Academic Life Alan Hill, there were two grants that were provided to students. The Technology Grant was provided to every student who was classified as remote for this semester. Students who were classified as a commuter or on-campus student were not eligible to receive this grant. The Professional Development Grant was provided to all juniors and seniors enrolled in DePauw University for the fall semester.

The grants were provided to the students as a credit to their accounts. Ethan Krohne, a junior at DePauw who is taking class remotely this semester, received both grants from DePauw. He explained that he felt misinformed about the grants.

Vice President Hill explained that the grants were allocated through students’ accounts because it was the most efficient way to get the money out to students. Hill also said that the hope was to get the grants to student accounts so they could then use the money they would have paid to DePauw to pay for their technology or professional development needs.

“Usually if you’re going to give students funds, it’s going to go to their account,” Hill said. “From a management standpoint that’s the better opportunity to make sure it’s applied to everybody who’s supposed to get it in a timely fashion.”

Henry Locke, a junior taking classes remotely from Broad Ripple in Indianapolis, said that he felt that the method of delivery for the grants was the best way to do it.

“I just kinda imagined that it would be implemented throughout the tuition to the students because that’s the efficient way to do it,” Locke said.

Hill also said that he felt this was the best method to get the money from the grants to DePauw students in a timely manner. “If it’s an emergency, if people need these things, we’re saying, ‘Let’s get this money out now. “So, the best thing to do is apply it to the account instead of trying to cut checks.”

Put You On: Four Artists You Should Be Listening to Right...