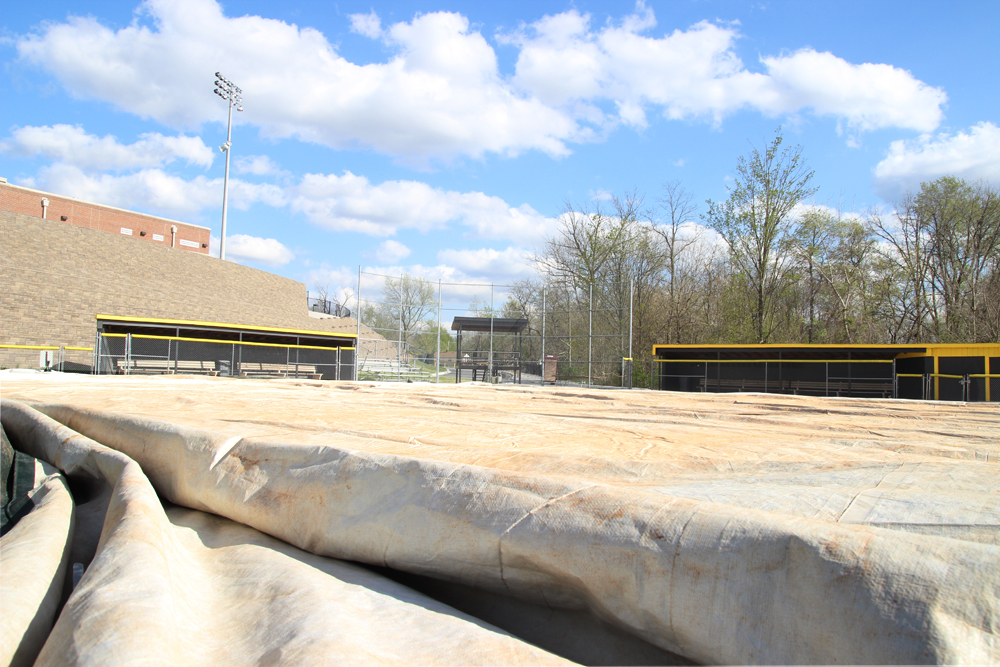 In order to grab a portion of their third consecutive North Coast Athletic Conference title, the Tigers had to rally back on the road against Wittenberg University in both games of their double-header on Wednesday, winning 4-3 both times.

“We had been talking about the games all week,” first-year Morgan McCord said. “We knew they were a big deal.”

Both teams struggled to get their offensive attack going in the first game, making it through three full innings without a single hit from either side.

“Their pitchers threw to our personal weaknesses and challenged us to hit well against our worst pitches,” senior Jennifer Ridge said.

Ridge collected one of the Tigers' six total hits in the first game—a single in the seventh inning. With the most was sophomore Julia Waggoner who had two.

The game was tied at the end of the seventh, which led to two extra innings.

Waggoner led off the DePauw University ninth with a bunt single that got things started off in the right direction. Later in the inning, two Tigers would cross the plate leading to an eventual victory.

“Wittenberg made us, as a team, stay focused for an entire game, and the extra innings, but we were playing nice and relaxed,” McCord said.

As the second game began, the Tigers’ relaxed play came in handy once again, as game two was another nail biter.

“Wittenberg was a challenging opponent,” Ridge said. ”It was a great feeling to be able to take two wins from them.”

Down 3-2 in the sixth inning, the Tigers rallied again with two consecutive runs in the next two innings.

“The post-game huddle was full of happy faces and smiling coaches which is always a good sign,” McCord said of the post-game atmosphere.

Winning part of NCAC title for the third year in a row is a huge accomplishment.

“The team is ecstatic and so am I,” McCord said. “All of our conference games up to this point were team wins so winning this title is also a team win. We are all excited to continue on by playing our game.”

Now, the Tiger’s have an advantage for the offseason.

“I think the most important aspect of winning the NCAC title is being able to host the Conference Tournament,” Ridge said. “These last couple weeks are difficult academically and to be able to stay on campus for the conference tournament weekend will make a huge difference on the team stress level and focus.”

The conference tournament is the key to advancing on to the NCAA tournament—which is the team’s ultimate goal.

DePauw’s regular season finale is against the College of Wooster this Saturday. The game will be at DePauw with first pitch scheduled for 1 p.m.