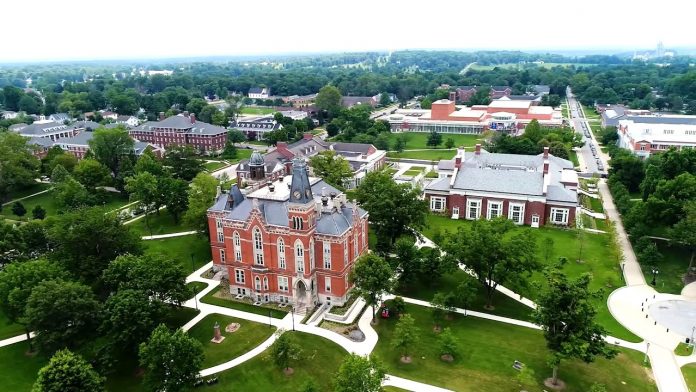 “DePauw kind of gave us this opportunity to pause and reflect back on our accomplishments,” inductee and former member of the women’s swimming and diving team Reis Bonomo said. “They reminded me that my success was not just limited to the pool, but I was also successful in the classroom and those were the things that set me up to be successful now as a 40-year-old woman.”

The purpose of the DePauw Athletics Hall of Fame is to recognize individuals who have made outstanding contributions to DePauw athletics and promote DePauw athletics to alumni and current students.

“When someone achieves more than what’s expected, I think it’s kind of a great way to honor their time, their effort, their commitment, and certainly to recognize their legacy,” Brad Hauter, head coach of the men’s soccer team, said. Hauter discussed how the Athletics Hall of Fame is not only a way to honor legacies, but a way to give current students something to aspire to.

Former member of the women’s softball team, Soultz, wished to thank everyone involved in the induction weekend, saying that it was an amazing and memorable experience for the inductees. “It really solidified that family feeling that you get having gone to DePauw University and being part of the athletics family,” she said.