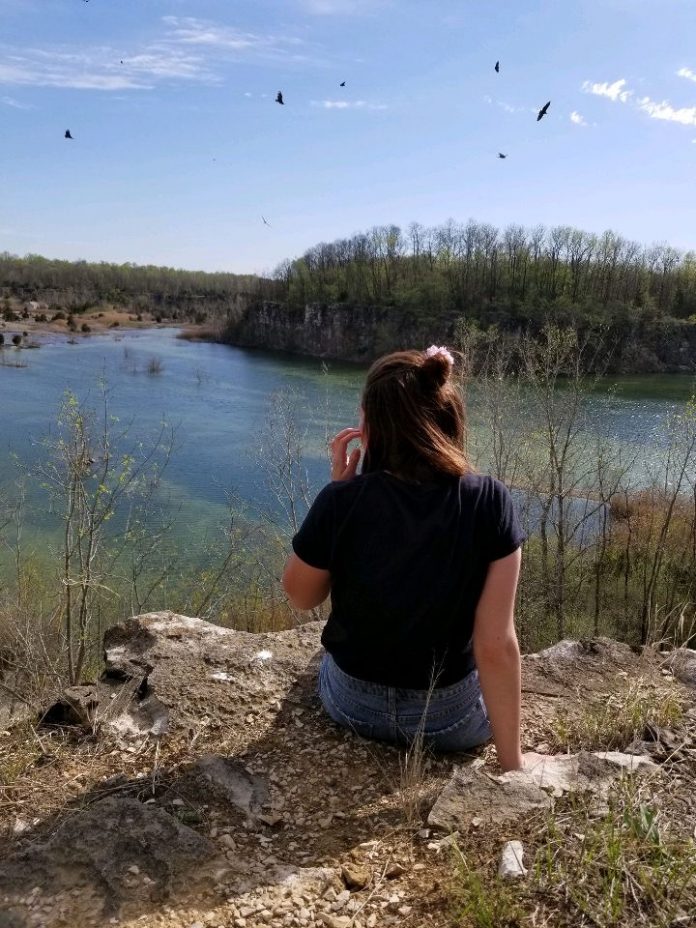 Spring starts in March. The weather becomes warmer and students start to be outside more often compared to the wintertime. According to The Old Farmer’s Almanac, “In 2021, the March equinox happens on Saturday, March 20, at 5:37 A.M. EDT. In the Northern Hemisphere, this date marks the start of the spring season.”

Junior Abby Walker remembers when she was a first-year student and visited the DePauw Nature Park with her friend on Earth Day. “I really like walking in the DePauw Nature Park, especially in the spring, because it’s really pretty,” Walker said. The Nature Park is a place where people can see that spring is around the corner because of the blooming flowers.

Walker’s plan for this spring is still hanging out with friends at the nature park. “Because of COVID-19, the nature park is a better place to stay socially distanced,” Walker said.

Grace Merriman, a sophomore, likes to be outside as well during the spring season. “I like the outside at night especially, looking at the stars and setting up a campfire,” Merriman said. This is an activity that she usually does with her father over break. “If I ask him enough, he will get marshmallows. Even actually got the official metal stakes for it,” Merriman said.

Senior Lauren Masoncup says her favorite spring activity is hammocking in the quad in front of the Green Center of the Performing Art (GCPA). “I like being able to sit outside and sit in my hammock and do my school work out there,” Masoncup said.

Masoncup misses the days that she could just sit in her hammock and greet friends if they walk past her while heading to in-person classes. “I was able to do it once before we were kicked off campus,” Masoncup said when remembering last spring.